Interesting and worthwhile things happen every day in our community. Alas, we can’t cover them all. That’s where Inbox comes in, to offer readers an easily digestible compilation of interesting and noteworthy items you and your neighbors keep telling us about.

The Worcester Cultural Coalition is pleased to announce two Worcester Windows Winter exhibits are on display. “Worcester City Hall and Common” is located at the Community Gallery in the basement level of City Hall, 455 Main St. “Let There be Light” is located at Bay State Savings Bank, 28 Franklin St. Both are free and open to the public.

Worcester Weekly: A trip to the Galleria, WPI basketball + more to do, Nov. 20-26

Interesting and worthwhile things happen every day in our community. Alas, we can’t cover them all. That’s where Inbox comes in, to offer readers an easily digestible compilation of interesting and noteworthy items you and your neighbors keep telling us about.

The Worcester Cultural Coalition is pleased to announce two Worcester Windows Winter exhibits are on display. “Worcester City Hall and Common” is located at the Community Gallery in the basement level of City Hall, 455 Main St. “Let There be Light” is located at Bay State Savings Bank, 28 Franklin St. Both are free and open to the public.

As heartbreaking as that was — the armory was a labor of love for more than 80 years and a thoroughly Worcester original — there was a glimmer of good news.

The Worcester Art Museum agreed to take in the core Higgins collection, and promised to do all it could to properly care for and showcase the magnificent treasures. The art museum even said it would take pains in the coming years to incorporate armory items into its existing holdings, displaying pieces together in order to tell a fuller cultural story than either of the two museums could do on their own.

WAM, which is unveiling its revamped Medieval Galleries this weekend, has been as good as its word.

There’s chivalry on Salisbury Street — and swords, shields, and gleaming suits of armor. And museum officials promise more progress in their embrace of the Higgins collection in the years ahead.

Sunday, Dec. 18 — Worcester Youth Orchestras Holiday Concert, 2:30 p.m., Mechanics Hall, 321 Main St.  OK, sure: a holiday concert sounds great. But “youth” — does it really have to be youth?! Don’t we have any adults around here who can blow a horn or carry a tune? This is the natural, instinctual reaction — but then, you check out the resume behind these cats and quickly realize this ain’t your average high school concert band. With nearly 70 years of tradition in the rear-view, WYO’s holiday extravaganza features four of its ensembles plus guests like a group from the Neighborhood Strings program.

Of course, all of this is no secret to many a discerning Worcesterite. Which is why as we were busily and fastidiously molding another finely crafted Sunday edition of the Worcester Sun for you, the concert pretty much sold out. But we still wanted to tell you how great WYO is, and we needed to brag a little about our free-to-read Sun Shine feature on Neighborhood Strings, which connects underprivileged city kids to musical instruments, lessons and much more than a new hobby. … So, y’know, mission accomplished.

Local Business Spotlight: More than a century of sweet sounds at Union Music

“I started working [here] when I was 9 years old (1955), which was about the same time that my grandfather gave me a guitar. … And I still play classical guitar,” said Carl Kamp, owner and president of this three-generation family business. Trusted for instrument purchases, repairs, lessons and expertise, Union Music’s rambling old store on Southbridge Street echos with notes of history as it keeps today’s musicians supplied and inspired. Which makes it an apt entry in our Survivor Series, highlighting Worcester businesses standing the test of time.

Ukulele players string together a community at Union Music

“I couldn’t have the club meet in a bar or a hotel. But I knew that Union Music has a performance space that can hold 50 performers. So I approached Carl and he thought it was a great idea,” said Rich Luefstedt, who considers himself more of a facilitator than leader of the Ukulele Club, which he started with five or six people per month six years ago. That figure has now grown to 20 to 30 per month at Union Music. Art Simas tiptoes through the tulips to tell this timeless tale.

Bancroft School held a grand opening of its newly renovated athletics fieldhouse located on the east end of the Bancroft campus at 100 Shore Drive, Worcester.

Situated on a hilltop overlooking Indian Lake, the fieldhouse features an indoor track, a turf field, flexible-use meeting and conference spaces, and a wall of windows that provides spectacular lake views. 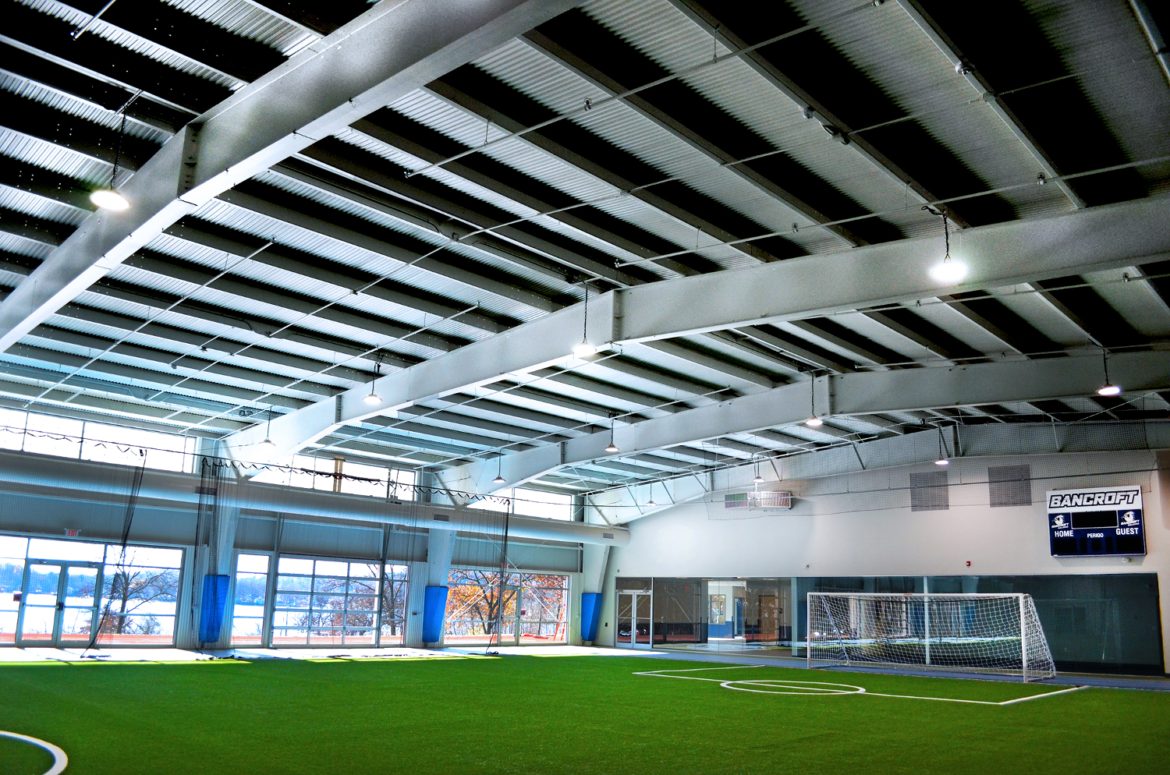 “All the pieces have fallen into place,” Head of School Trey Cassidy said, “and we’re proud to celebrate the culmination of a vision to create a beautiful, functional, and modern fieldhouse that would allow more consistent year-round training by our teams, and give non-Bancroft athletes and their families from the local community an experience more reflective of Bancroft School’s high standards.”

Q&A: Sam James, the Worcester guy from ‘The Voice’

His latest album hit big on iTunes earlier this month, and for reality show veteran Sam James, the momentum only grows from there. “I’ll tell you what it says a lot about. It says a lot about Worcester. I have such a strong fanbase here and in New England. … I had all my friends and others from this city sharing my tracks on Facebook and Twitter and Instagram. You really can’t say enough about the support that I get from this city.” The city-bred singer-songwriter sits down with Patrick Sargent to tell the Sun what’s happening next.

Editor’s note: Since September 2015, Worcester Sun has chronicled the trials, tribulations and triumphs of Sun contributor Giselle Rivera-Flores as she explores ways to help her daughter and other Worcester families find affordable educational support and assistance. We used to describe her as an aspiring business owner; now, she’s an inspiring one, a full-fledged director of a nonprofit tutoring collaborative that began officially in late January but has transformed considerably since. During her journey she has, you could say, stepped beyond the walls of her dream. 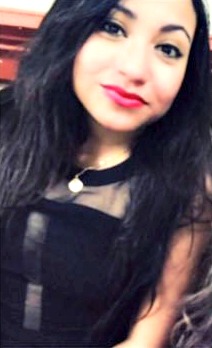 When people find themselves pulled in a million directions, it is often difficult to stop for a moment and reflect on your journey. When you have your eye on the prize, nothing else matters.

Lack of sleep and tough-to-navigate schedules become part of the plan. Eventually, it feels natural. People ask me for advice all the time. They ask about the nitty gritty of social media and marketing, but the question I’m asked most often is, “How do you have time for everything?”

Although from the outside looking in this all seems like organized chaos, the answer is simple:

This is my life.

Read Giselle’s previous chapter: The network effect Or scroll down for more

Monday, Dec. 5 — XLO’s Almost Acoustic Christmas, 7:30 p.m. (doors), Mechanics Hall, 321 Main St.  Hold up, there, chief — did anyone ask Mayor Petty about this? We’re trying to get everyone calmed down amid all the post-election tension, and WXLO’s gonna bring in some rich girl from Newton whose most popular song is about fighting? That doesn’t seem like a great holiday message. Of course, then the tragically unhip middle-aged white guy reads a few lyrics — and the song’s actually rather uplifting (except for the whole, being Hillary Clinton’s campaign theme song thing … ouch!).

Anyway, with the opus approaching 240 million YouTube views, clearly Platten is ascending to the rarified air usually reserved for juggernauts like the Worcester Sun. And Donald Trump. Which all makes her a solid headliner for our fair hometown rock station’s annual holiday shindig. She’s joined by opening acts you’ve never heard of, who will play a lot more than her. Tickets are $49.50-$59.50 and strikingly plentiful.

Wednesday, Dec. 7 — “Branded: How Italian Immigrants Became Enemies During WWII,” lecture, 6:30-8 p.m., Gene J. DeFeudis Italian American Cultural Center, 28 Mulberry St.  Obviously, the folks over at Mount Carmel forgot about the part in “The Godfather” — you’d think they’d mostly have it memorized — where Michael Corleone was a war hero. And then a whole bunch of senators really want to talk to him about the olive oil business, how he liked his trip to Vegas, all that good stuff. They don’t sound like enemies to me.

LocalPorch, an online community and marketplace for locally handmade merchants and consumers, comes out of stealth mode and launches its first market right here in Worcester. 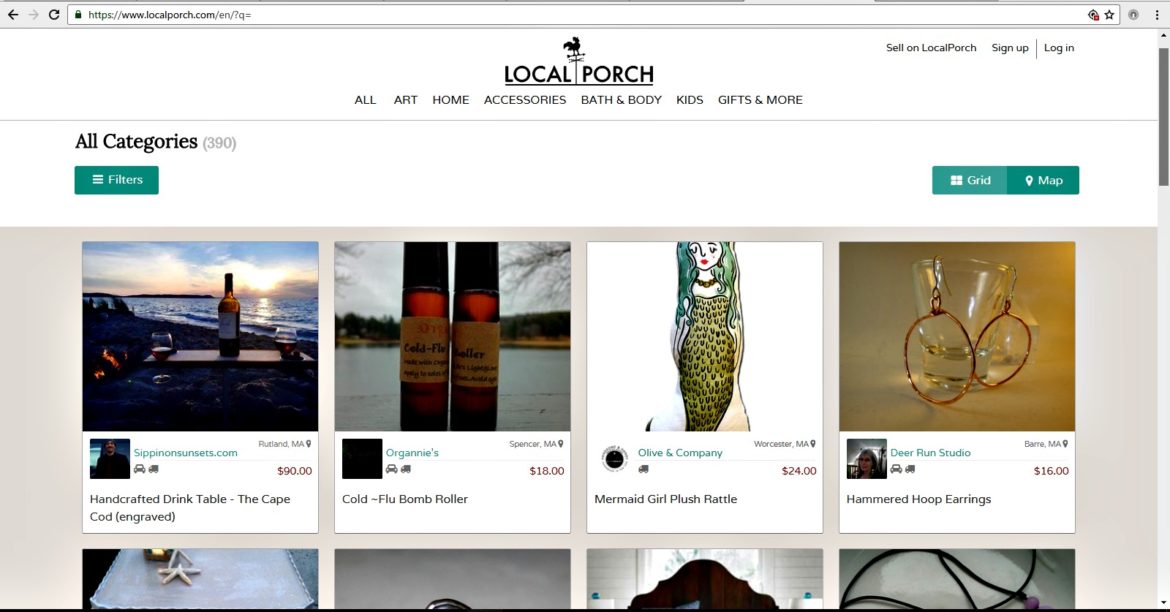 Two entrepreneurs — CEO Kim Sullivan and vice president of operations Suzi Capone — and a seasoned e-commerce team have been readying LocalPorch for initial launch in the Worcester area. In addition to providing a platform that allows consumers to buy handmade goods nearby, the company itself is a local success story as a member of the Worcester CleanTech Incubator and Worcester Polytechnic Institute’s Tech Advisors Network (TAN) program in Worcester.

Check out the Sun’s Local Business Spotlight on LocalPorch

Sarah Mahan, who is an associate director of entrepreneurship at WPI and coordinates the TAN program, said “it is always exciting when a company in our program publicly launches. This is a big win for the Worcester area on many levels.”