Sunday, Nov. 13 — Passing Shadows: The Love and Fate of a Generation, 2-5 p.m., Museum of Russian Icons, 203 Union St., Clinton  For those of you still feeling the sting of election defeat, maybe put down the torches and pitchforks, and make a pilgrimage to a place that will definitely help you forget all your troubles: Clinton. The sleepy former mill town, known mostly these days for the picturesque Wachusett Dam, would actually make a decent hiding spot for Hillary (too obvious!) — if it weren’t for this pesky Museum of Russian Icons constantly drawing more and more attention.

Open since 2006, the museum was founded by business leader Gordon B. Lankton, a WPI trustee. His private collection has grown to more than 1,000 icons and artifacts. It is the largest of its kind in North America, according to the museum, and among the most substantial in the world. And now this poetry and music event, which also features newly crowned Mrs. Massachusetts Anna Svetchnikov, will bring even more culture-seekers to town and benefit the upcoming Matryoshka Festival. Tickets are $40, $25 for students with ID. 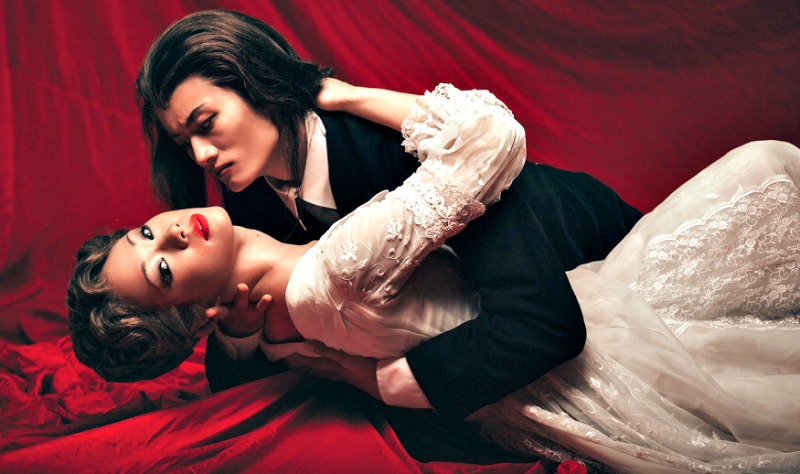 “Dracula” is coming to downtown Worcester.

Tuesday, Nov. 15 — Music Worcester presents Royal Winnipeg Ballet’s “Dracula,” 7:30-10 p.m., Hanover Theatre for the Performing Arts, 2 Southbridge St.  We could make a sucking the blood out of downtown joke right here, but you deserve better than that. And, frankly, they’ve all been done. So onto the fertile ground of Canadians and pirouettes, eh!? Or, we could just skip all the funny jokes and get down to the “Dracula” business at hand: “With opulent sets and costumes, [Royal Winnipeg Ballet’s] dark fantasy is faithful to Bram Stoker’s gothic novel, brimming with passion and fearful suspense.”

“When you leave, you should just leave.” It’s easy to believe him, too. At first. But Mariano, famously a product of the Great Brook Valley housing complex with degrees from Worcester State and Clark, is about as quintessential a public servant as this city has ever seen. The longtime mayor, city councilor and school board member seems to have more he wants to accomplish. We sat down for a few questions, and a few more stories with the “retiring” Worcester Housing Authority director.

Ray Mariano is sure about many things. Except what’s next.

He understands you can’t plan for everything. Something will change, get in the way, go terribly wrong. It could be uninspiring leadership, or cross words from a skeptical father to a teenage boy from the wrong part of town. A sudden job opening. Or the spark of a candle in an abandoned warehouse on a cool December evening.

It could be a funny story from one of your two grandchildren. Or the look of a troublemaker standing back to revel in the mayhem he helped cause. Each ensuing moment has the potential to be a turning point, an opportunity. 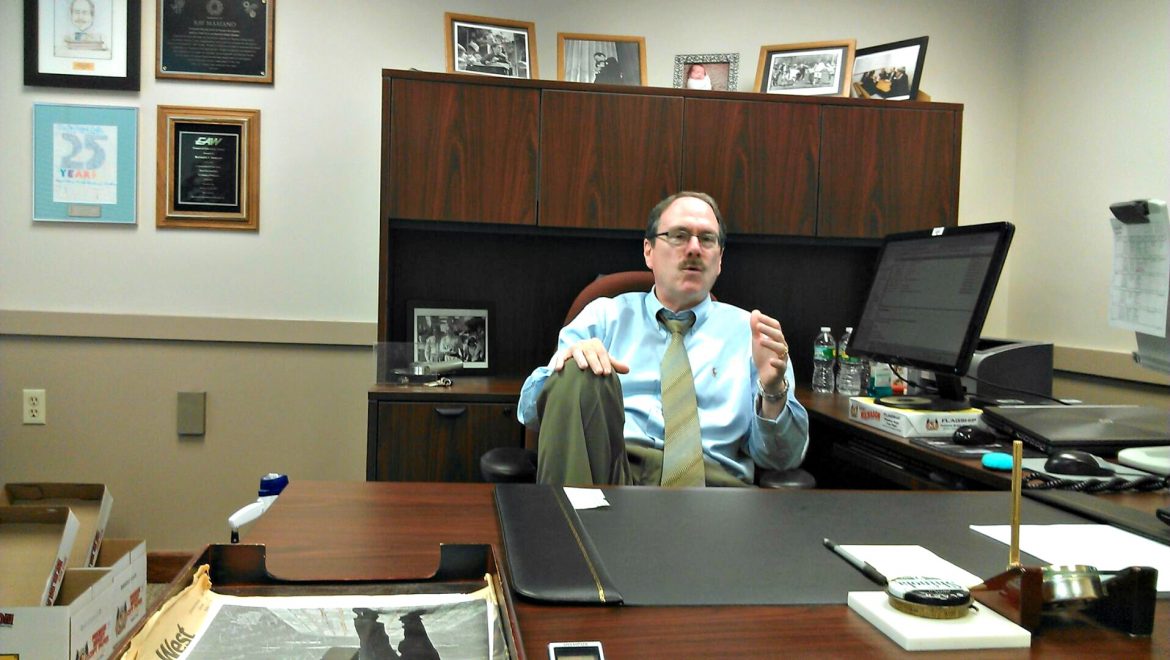 Raymond V. Mariano, 64, the longtime mayor who will step down as executive director of Worcester Housing Authority Thursday, June 30, after 13 years at the helm, may not know what his tomorrow holds but he is certain to have an answer for whatever the next sunrise brings.

One thing’s for sure: He’ll be neither wallflower nor gadfly.

“When I left City Hall, I didn’t go back into the building for one year. And the only reason I went back at the end of a year, was to get a dog license,” Mariano said recently from behind his desk in the housing authority’s Belmont Street headquarters. “Other than that I wasn’t going back into the building. When the mayor leaves, he should leave. You won’t see my portrait, ever, at City Hall. Not gonna get it. Not interested, don’t care. I mean it’s nice — my kids don’t like the idea that I won’t get it.

“When you leave, you should just leave.”

Sun Sampler: A healthy portion of our freshest good stuff

With in-depth reporting, intricate storytelling and thoughtful perspectives we have striven to create a menu that accentuates the best of Worcester and its surrounding communities. Something you didn’t know yesterday that makes you think about tomorrow. The places you’ll want to go. Real folks with incredible stories, who we think you’d want to meet.

David J. Rushford is a proud and earnest public servant.

That’s as easy to see from briefly talking with him in his little-used office on a blustery Friday afternoon in February as it surely would have been when the longtime city clerk walked through the heavy wooden City Hall doors for his first shift in the mayor’s office on a day with some other kind of weather back in 1979 — we forgot to ask, but rest assured Rushford would’ve remembered.

Indeed, the 36-years-married father of two grown children and four-time grandfather remembered quickly and fondly the names of Gary Chalmers and Richard Linnell, and the number of couples, 21, who followed the pioneering men up the receding marble steps to the second-floor clerk’s office window May 17, 2004, for applications. Later that day they would be among the first legally married same-sex couples in the country.

He recalled the night he was swiftly elected by the City Council to replace his predecessor, Robert J. O’Keefe, as city clerk in 1998, and holding a separate swearing-in ceremony in 2002 for Juan Gomez, who had become the first Latino elected to the City Council. There was more, of course — he even remembered my dad, a retired, 30-plus-year city employee, who never worked in City Hall — but he had to get back to work. 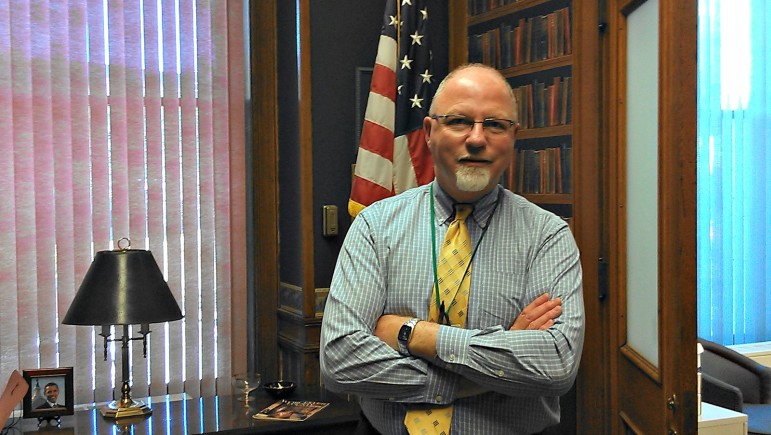 Worcester Public Schools Superintendent search public hearings and meeting You may have heard, the schools are on the lookout for a new boss, what with their last one leaping off the hot seat Wile E. Coyote fast on the way back to her hometown in Virginia [see video from a December interview with Melinda J. Boone]. Well, the School Committee has strapped itself to the Acme rocket, so it’s time for parents and voters to pay attention.

There are two community forums and a regular school board meeting planned this week that should have a significant impact on the fortunes of frontrunners South Principal Maureen F. Binienda and interim Superintendent Marco C. Rodrigues, or a less-heralded internal candidate. Both of the Community Involvement Committee’s public hearings begin at 7 p.m. in the school auditoriums below.

Parlee Jones accounts for much of the slightly unexpected calm found at Abby’s House. Because, she’s on it. Visitors and colleagues take turns hanging from her door frame. There’s always someone who needs help in her office. And few, if any, leave disappointed. The women of Abby’s House are far from the only set benefiting from Jones’ devotion to public service. Find out more about one of the city’s true driving forces.

Some people are simply born to do what they do. The lucky ones know early on. Whether it’s a matter of talent, circumstance or destiny, they see their path clearly and walk tall toward their future.

Others struggle, a sense of direction or purpose conspicuously missing. Or something more. Challenges of infinite shapes and sizes can swallow the fortunes of the best of us and spit out lives of inimitable difficulty.

What is so often misunderstood is how much that second set needs the first; and how rare it is for these groups to come together in meaningful and constructive ways. Diane E. Gould seems to have had a pretty good idea about that for a while now. The Worcester native is president and CEO of Framingham-based Advocates, a large nonprofit social service agency. 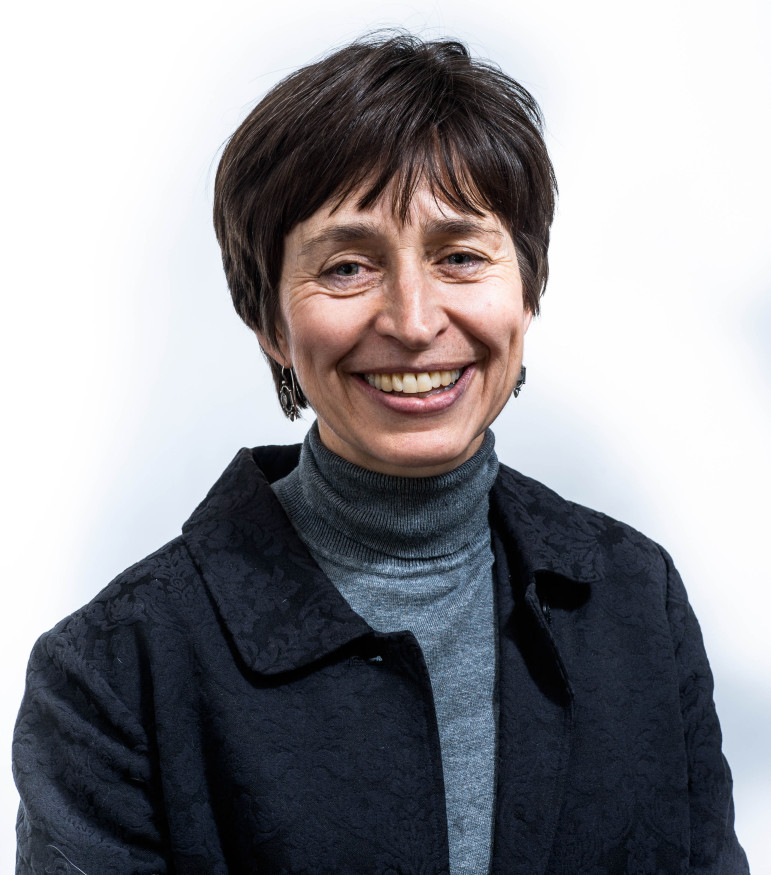 Diane Gould, president and CEO of Advocates, is a native of Worcester who grew up in the Burncoat neighborhood.

Under Gould’s guidance the last two years — she’s been with Advocates for 30 years, and was chief operating officer several years before her appointment as CEO in 2013 — the agency has sharpened its focus on the future of care for people dealing with autism spectrum disorders; broadened the scope of its community justice work; and expanded its brain injury rehabilitation program, including a new Worcester location.

How easy it can be to take employment for granted — even today — and to minimize all those things we forget we take home with us for the weekend besides the paycheck, like a sense of accomplishment, camaraderie and an evolving skill set. We know where you might find a few people who have a very different idea about what it means to have a job.

I had never been to Abby’s House. This is either fortuitous, unsurprising or completely inconsequential. One of the three. I’m not sure. No matter, nor time to figure it out, because now I’m there and wondering if I’ll be welcomed.

The outside is ambivalent, neither hiding nor exclaiming its presence — the house is a sprawling facility that temporarily houses and provides services for battered and/or homeless women — on a one-way street surrounded by the serenity of churches and the calamity of road construction. As I lose the race to the door to a little old lady in a fashionable shawl, and follow her inside, the ambivalence disappears. “I have a man with me,” she announces impishly around the corner seemingly certain I’m there for a good reason, yet without having fully turned to size up her visitor.

I’m there to talk with Parlee Jones, an accomplished civic leader who counts herself among the success stories of Abby’s House. Early for our meeting, I wait in the hallway and start to see why there exudes a strong a sense of calm in a place that deals with such chaos.

With multi-colored and time-stained quilts hanging from the walls, silver-painted radiators in the corners, a table bubbling over with portraits of lost loved ones, and mismatched wooden rocking chairs dotting the sitting room, it feels like grandma’s house. There’s even the tempting aroma of a meal simmering around the corner. (And, just before I leave a while later, that nice woman who let me in offers me a piece of chocolate candy for my ride home.)