According to the Worcester Economic Index, a quarterly economic analysis compiled by Assumption College Professor of Economics Thomas White, Ph.D., the Worcester economy continued its recent solid performance as WEI grew at a 3.5 percent annualized rate during the third quarter of 2016, up slightly from the 3.1 percent pace reported during the second quarter. 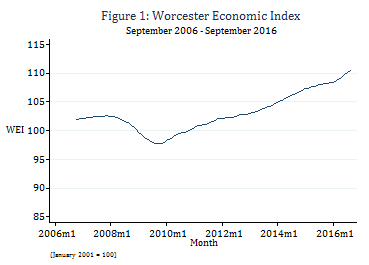