HARVARD — The musical journey for Ashley Jordan began when she was a toddler. She listened to her grandfather play country, folk and bluegrass tunes on guitar when he would entertain the family with his performances. He also recorded himself on various equipment, hoping to save those encores for future generations.

When Ashley was 6, though, he died.

“I didn’t have a direct connection to him being so young, but I grew up loving that kind of music,” she said.

“My dad grew up listening to Jewel, James Taylor, Alison Krauss and many others, so I had those songs in my head and enjoyed listening to them,” she said. “But then I took off and started playing guitar and writing lyrics,  and it transformed into a country direction. So, yes, my family had a big influence and they’ve always been so supportive of me and my music.” 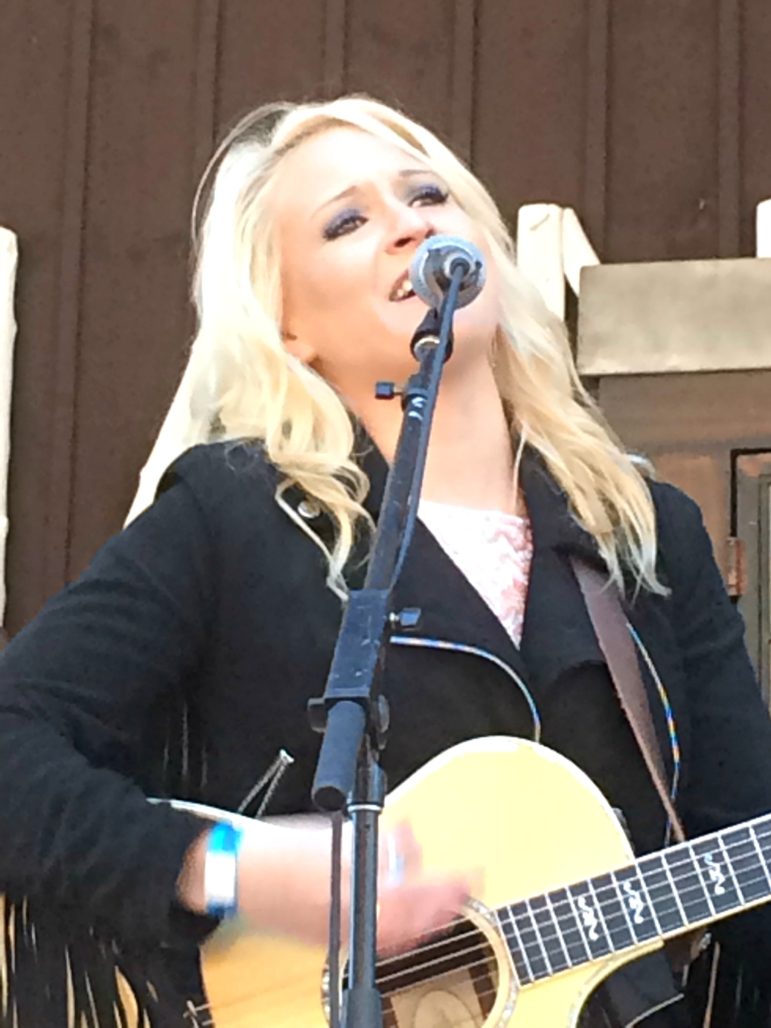 Ashley Jordan of Harvard, an up-and-coming singer on the national stage, has honed her craft in Worcester.

It was some time, though, before young Ashley’s family realized it had a new hobby to support.

“My parents didn’t even know that I was a singer until I signed up to do a talent show in high school. And they asked me, ‘What are you going to do for the talent show, Ashley?’

“At that time I was too shy to sing in public and I kept that secret to myself – until the talent show,” she said. “My parents were shocked to find out that I really could sing well.”

Once Ashley learned guitar and gained confidence in her playing, she started to perform on the streets of Boston and Harvard Square in Cambridge, with her parents not far from the impromptu sidewalk concerts.

Art Simas spent more than 25 years in a number of roles at the Telegram & Gazette. After several years as a news reporter, he graduated to the copy desk. From there he went on to become a special sections editorial manager for the marketing and new media departments, where he spent the last seven years of his T&G tenure. He has a long history of covering myriad subjects in the city and currently freelances for a number of regional publications.