The surnames Yiadom and Adarkwah have become revered in recent years at Doherty Memorial High School.

In 2013, Isaac Yiadom and Alfred Adarkwah teamed to lead the Highlanders to their first Central Mass. title in more than 30 years, and made Doherty the first Worcester city school in several decades to win a state championship in any sport when they led Doherty past Dennis-Yarmouth for the Division 4 state title at Gillette Stadium. 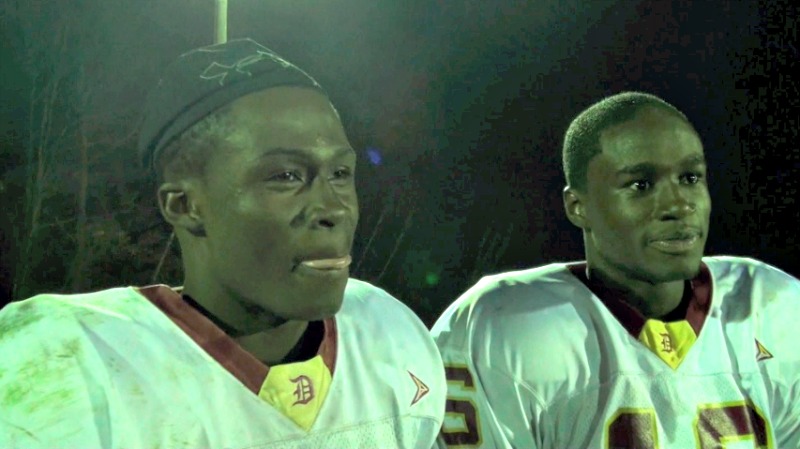 Throughout that season, Yiadom and Adarkwah led a Doherty secondary that made life miserable for opposing offenses, and combined to form the most lethal pair of wide receivers in the state.

Shortly after Doherty’s early December Division 4 state title win, Yiadom enrolled early at Boston College, where he currently starts at cornerback for the Eagles. Adarkwah then moved west to Amherst, to play for UMass.

Yiadom and Adarkwah became school legends that December afternoon at Gillette, the same venue where they faced off against each other Saturday, as BC defeated UMass, 26-7, thanks in no small part to a vicious hit by Yiadom that forced a Minuteman fumble. 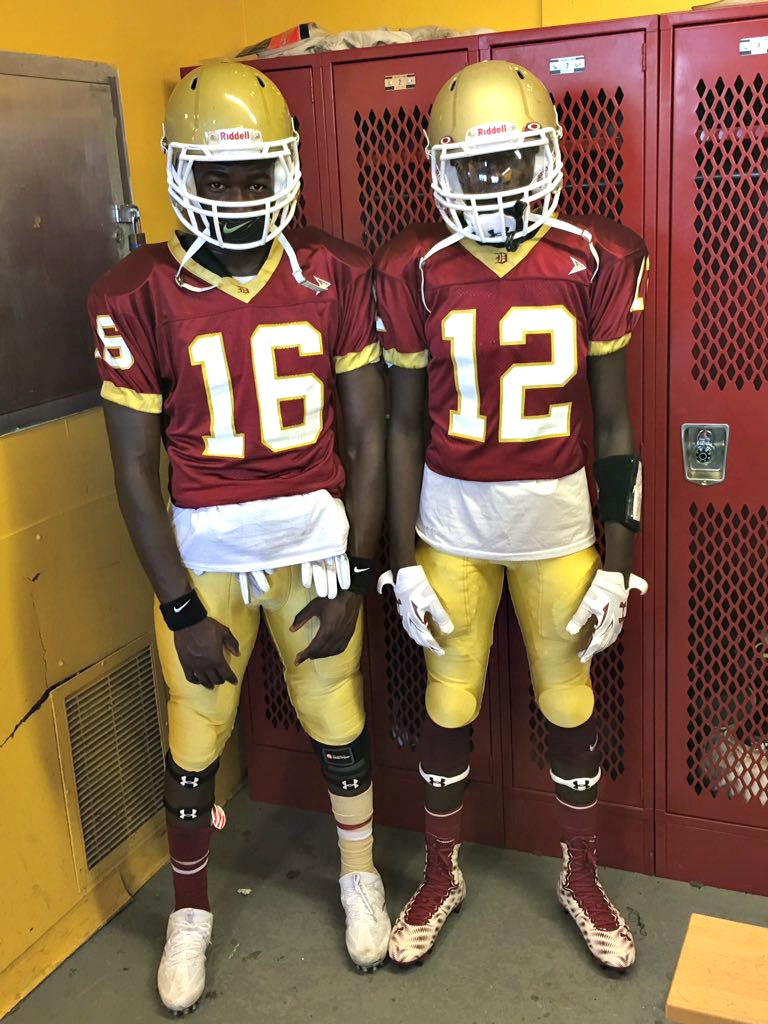 Phil Adarkwah, left, and Paul Yiadom are following in the cleats of their brothers Alfred and Isaac, respectively, on the Highlanders football team — and maybe onto the next level, where the older brothers play for UMass and BC.

But, back in Worcester, it is their brothers’ turn to suit up for the Highlanders, and each younger sibling is doing his best to tune out the noise and carve his own path.