This article was originally published in the July 17, 2016 edition of the Sun.

Richard and Diane George celebrated their 14th wedding anniversary last Tuesday, July 14. Their love story, like their careers, started in the kitchen. The couple first met while working at the same hotel and then started dating when Diane became the chef at and helped her friend open Val’s Restaurant in Holden.

Richard’s and Diane’s lifelong passion for cooking led to the April 21 opening of their own restaurant, Dianna’s Neighborhood Bistro, at 120 June St. 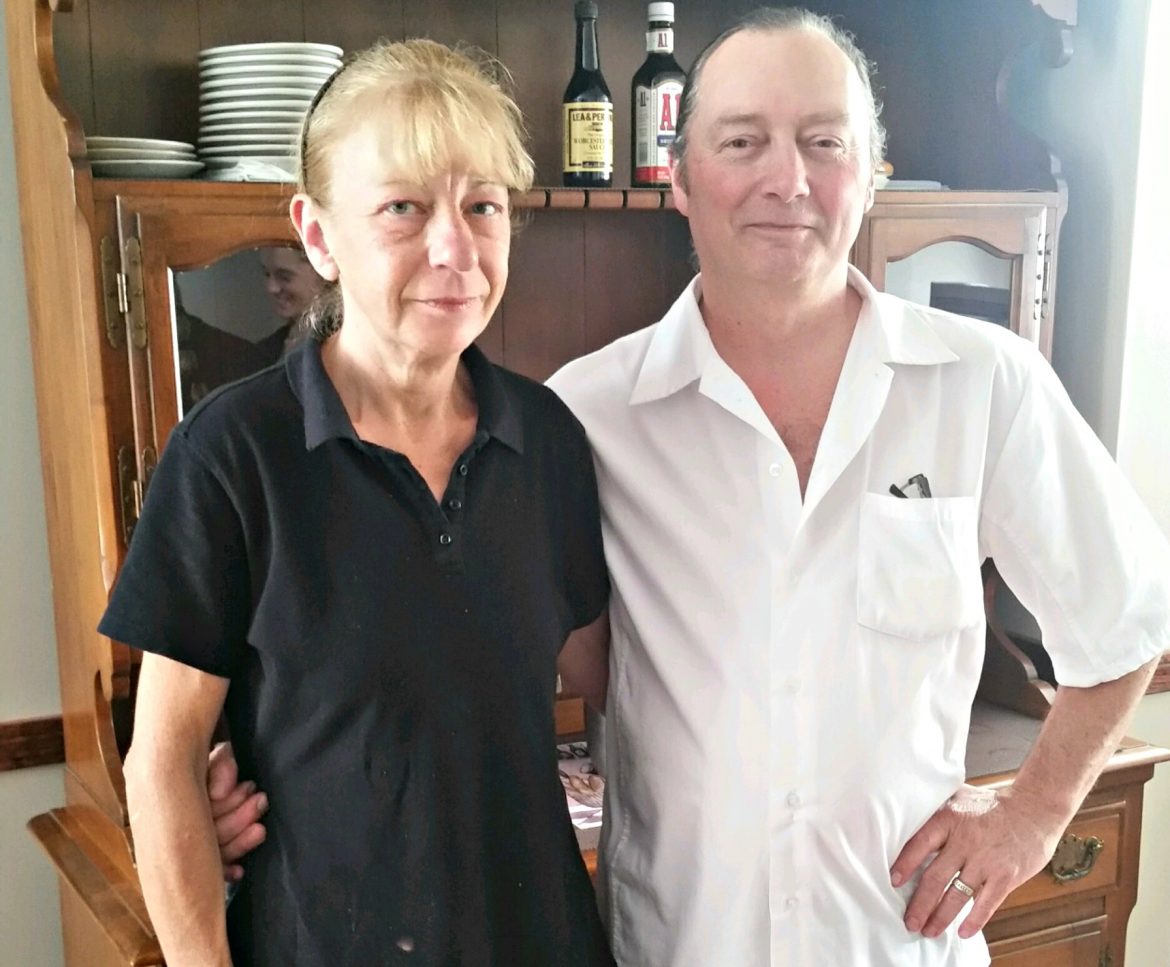 Richard, the oldest of seven children, said his skill as a chef developed by cooking for his family. After 45 years in the restaurant business, including 18 managing Grove Street’s Ciao Bella, he’s held an array of interesting jobs, such as working as the executive chef on the iconic Mississippi Queen steamboat.

Diane’s cooking experience began in the late 1970s when she was 14 and started working at Central Kitchen, a bakery on Main Street, that was an offshoot of the Oyster House. By learning how to make bread and bake first hand, Diane says she found her niche early on as a teenager.

“I always loved cooking. It was something I wanted to do,” she says.

After decades of honing their culinary skills, the Georges were finally able to channel their passion for food into a business of their own.

“Being a bistro, you’ll find some classic cooking techniques,” he said. “I like duplicating classic dishes because no one does it anymore.”

Dianna’s chicken marsala, for example, strays from the traditional recipe with classic twists by adding roasted red peppers, fresh rosemary and a chicken velouté sauce [a lighter, “velvet” roux and one of French cuisine’s five mother sauces], while featuring the familiar mushrooms, shallots and Marsala wine. 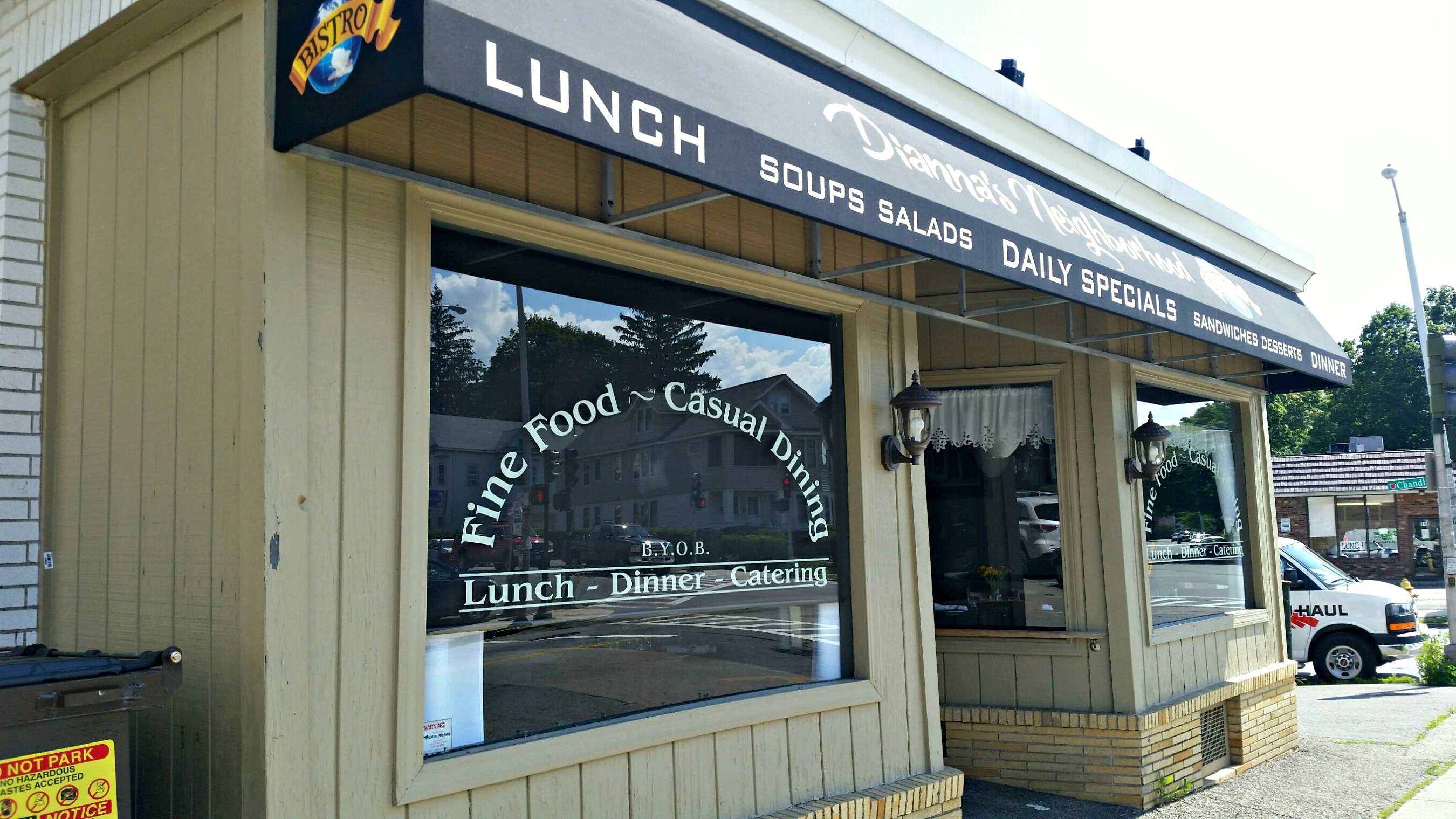 Richard’s and Diane’s main focus is on high-quality ingredients, which they believe are the basis for any successful dish. For example, unlike most restaurants, which use a mixture of cheddar cheese and mozzarella in their Chicken Parmesan dishes, at Dianna’s it’s made with real Italian Parmesan shaved off the block and fresh certified-humane chicken.

As chefs, Richard and Diane say they take pride in their dedication to maintaining high standards. Richard believes this focus sets them apart from other restaurants, noting that “the customers here seem to appreciate the quality.”

Richard adds humor and personality to his dishes by naming them with puns. This is demonstrated by his Pollo Sophia and Pollo Lorenzo, chicken dishes served with copious vegetables and matching cheeses, that give a nod to the Italian actress and beauty icon Sophia Loren.

The Georges always had the dream of opening a restaurant together.

“We always talked about it, but it takes more than just an idea,” Richard says. At 60 years old, he described the concept of following through with the couple’s idea as “now or never.” Although creating a business, dealing with delays and paying bills have been stressful, the couple gets enjoyment from cooking and seeing the people in the community enjoying their meals. Some already are becoming repeat customers.

In the three months that Dianna’s Neighborhood Bistro has been open, it has already developed a simple yet successful goal. According to Richard, “Making quality food and giving good customer service to make people happy.”

Diane, who is one of the line cooks, described the type of people who frequent her restaurant: “No pun intended [but] it is the neighborhood that comes,” she says, adding that people walk to the restaurant from their nearby homes. 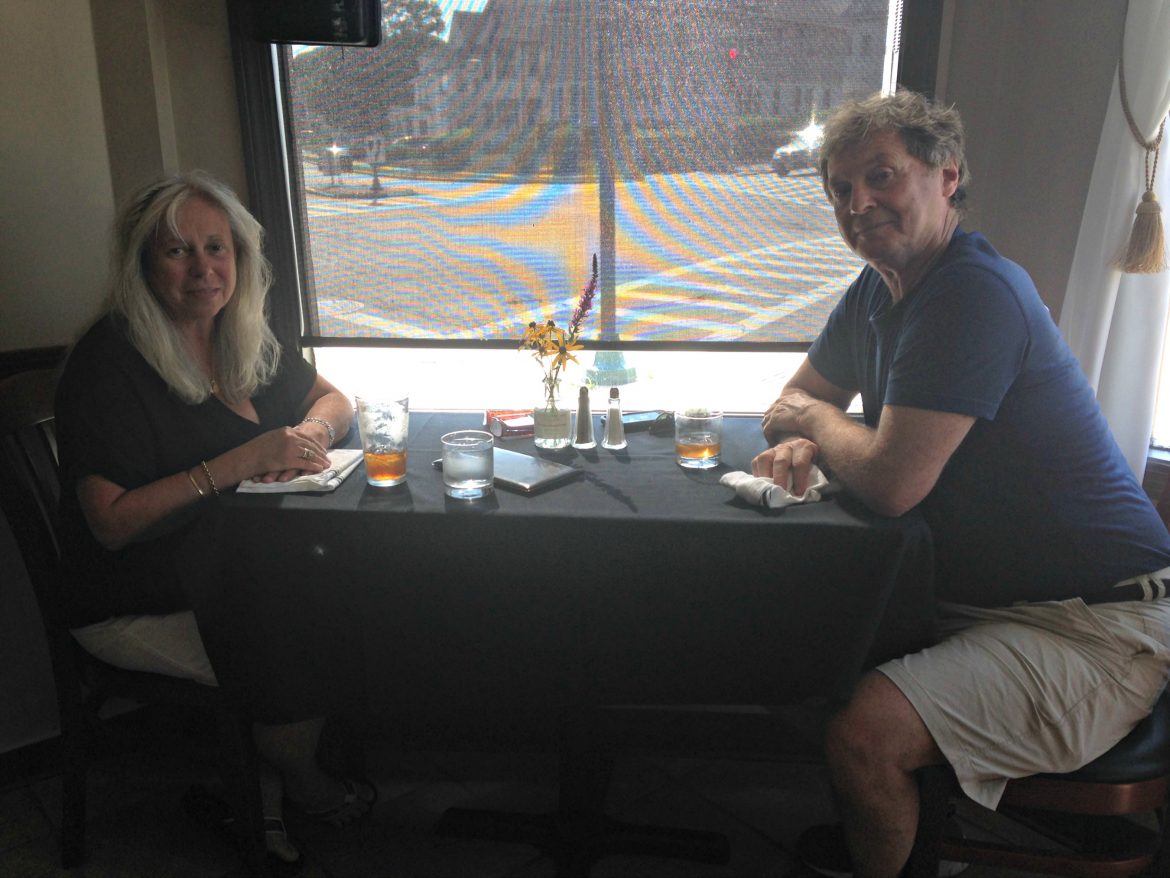 Susan and Robert Reynolds have already become repeat customers of the new restaurant.

With its June Street location, the only nearby restaurants are a Mediterranean market and a vegan eatery. Richard said that due to the lack of rivalry between the three establishments, perhaps they could form a restaurant alliance sometime in the future, he says.

One of Diane’s future goals would be to continue her love of baking by creating in-house desserts. The focus so far has been on actually opening the business and developing its menu.

Whether it is the relaxing setting, the eclectic décor or the unique menu options, Dianna’s Neighborhood Bistro is beginning to find a niche of its own. “I just wanted it to be different,” says Diane.

Richard described his favorite aspect of the restaurant as “the cooking and the people.” He says its reception by the public has been “really great, without a doubt,” and believes that success is due to their dedication and hard work.

“This business is either in your blood, or it is not,” Diane says.

She said the most satisfying part of running a restaurant is hearing the compliments of customers, adding that “It does not matter if it is two people or twenty people … It gives you a good feeling. You are doing something right.”

Susan Reynolds is a repeat customer of Dianna’s Neighborhood Bistro. She first tried the cuisine with a friend and, after “raving about how good it was,” was so impressed that Reynolds brought her husband along the very next day.

As someone who has a food allergy, Reynolds finds many restaurants in Worcester to be difficult to dine at. But because of the quality ingredients, she says the cook knew exactly what was in the dish and was able and willing to accommodate her food allergy.

Reynolds says of Diane, “She has that personal touch.” Her husband, Robert, described his first experience at Dianna’s Neighborhood Bistro as “excellent,” noting that he enjoyed the extensive menu choices and that “we recommend it.”

That opinion was echoed by his wife. “It’s definitely going to be a new favorite for us,” Reynolds says. “We wish them success!”