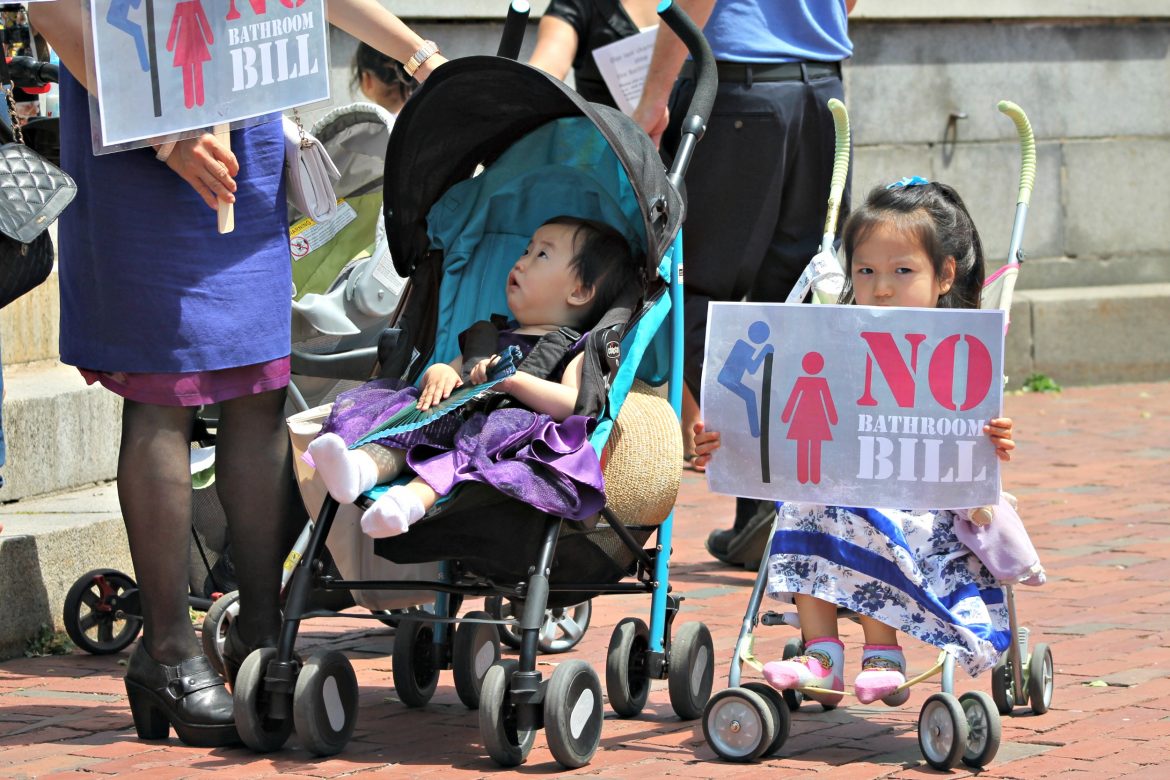 Massachusetts Family Institute members made it a family affair, indeed, outside the State House June 1.

State news: ‘Right-wing fringe group’ begins push to repeal transgender ‘bathroom bill’ |  “Let’s call this what it is: A last-ditch attempt by a radical right-wing fringe group to repeal a law supported by a majority of Bay Staters, passed by a bipartisan supermajority of lawmakers, and signed into law by our Republican Governor,” said Freedom Massachusetts Tuesday about Massachusetts Family Institute’s effort to expunge the newly signed protections bill with a 2018 ballot initiative. 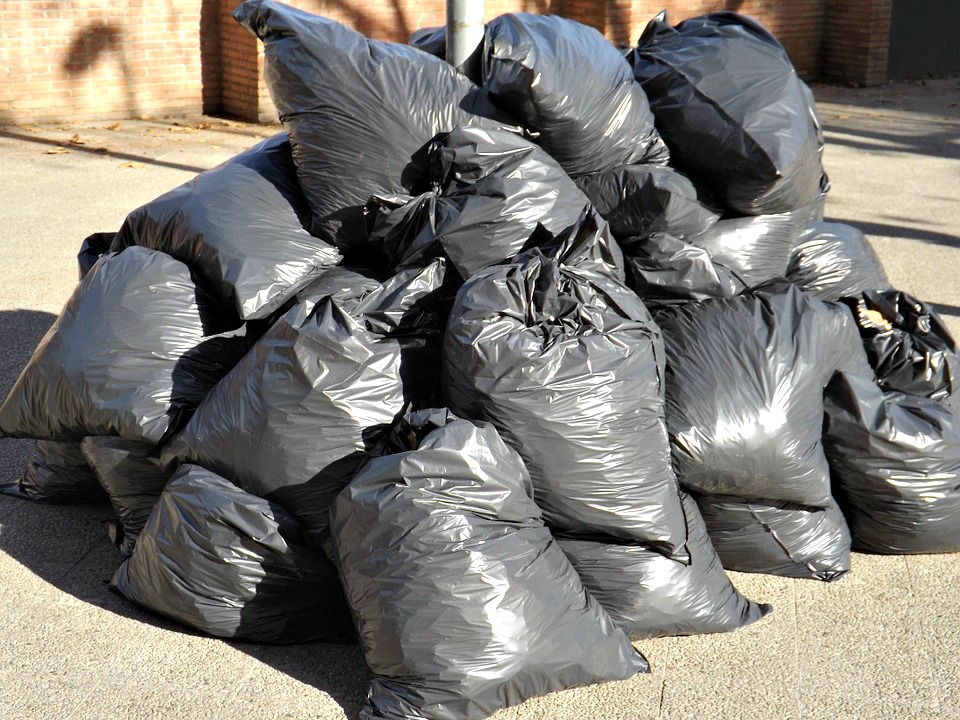 Editorial: Worcester gets what it pays for |  Recent correspondence from City Manager Edward M. Augustus Jr. to the City Council shines a light into just a small part of government where city workers toil to make Worcester a better place to live. Their efforts are evident by things you won’t see. 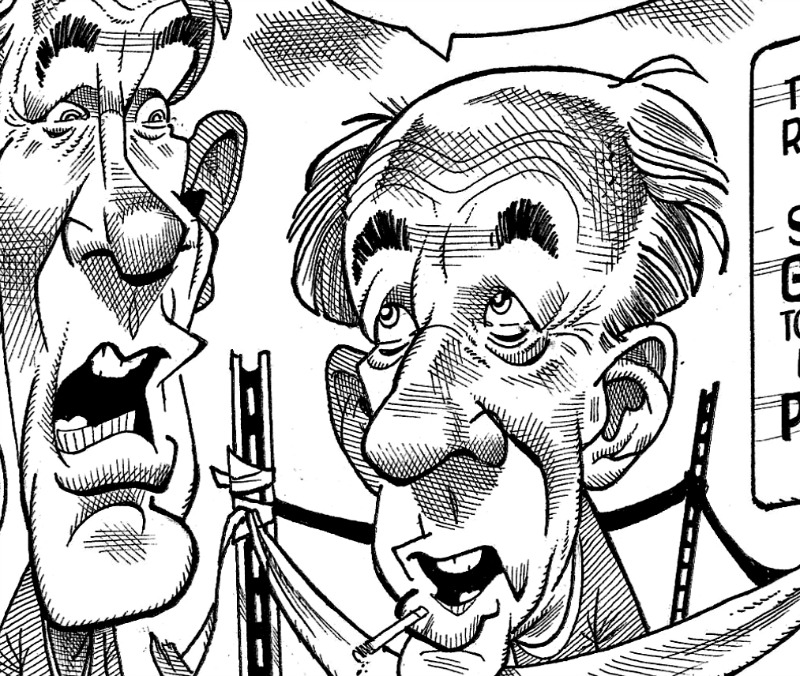 Sun Spots with Hitch [Vol. 77]: Feeling the pain at the back of the line |  While a Boston Globe report earlier this month indicated opioid prescriptions in the state are in sharp decline and significantly lower than the national average, abuse of pain-killing drugs like oxycodone, methadone and fentanyl, not to mention their street cousin heroin, remains a scourge and a priority item for local and state lawmakers. The Bay State’s new opioid laws, indeed, could serve as a national model. With so much attention focused there, Hitch wonders if other addicts seeking help may be left out in the cold. 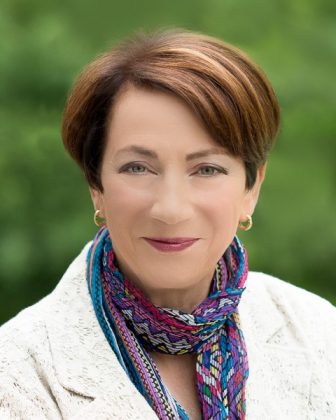 Inbox [July 20]: WPI appoints entrepreneur-in-residence, HC prof to lead math society, Clark programmers make top 5, ‘Harry Potter’ appears at library |  Interesting and worthwhile things happen every day in our community. Alas, we can’t cover them all. That’s where Inbox comes in, to offer readers an easily digestible compilation of interesting and noteworthy items you and your neighbors keep telling us about. Have a release or a photo you or your group would like to share? Let us know by emailing it to info@worcester.ma. Be sure to include a link to the full release on your site or Facebook page so we can include it and send Sun members your way. 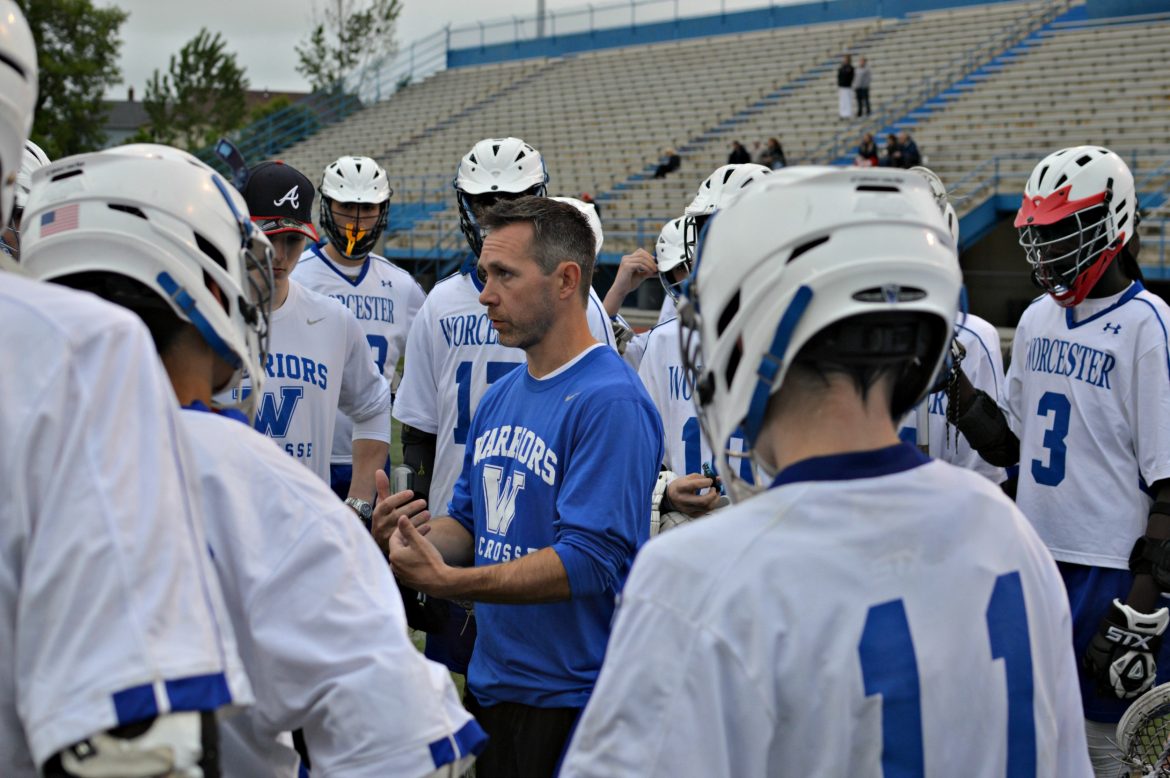 Worcester Lacrosse breaks the mold
“People have been counting me out my whole life. I love hearing what people tell me I can’t do. … I didn’t come from privilege myself, so maybe that’s why I can relate to city kids, but if I’m not telling them to prove people wrong and achieve their dreams, what am I doing?” Like you wouldn’t run through a wall for that guy? That guy is Harry Jones, the coach of the now three-time tournament eligible Worcester high schools boys lacrosse team, and his Warriors are knocking down barriers by the day. High school sports might be over for the summer but you don’t want to miss this inspiring tale by Joe Parello, one of the Sun’s newest contributors. 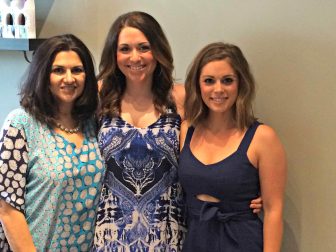 From left, stylist Gina Joubert, owner Patty Devlin and stylist Amanda Villa … are moving on up to Avenue Fifty.

Local Business Spotlight: Salon cuts to the chase, leaves Shrewsbury Street for own digs
“We’re outgrowing the space,” said owner Patty Devlin. “When we opened at GLOW, I was a subtenant of the tanning salon. But it was a good place to start my first business. Now that things have gone really well, we are moving over to Lake Ave. to expand and open more of a day spa than just a hair salon.” The Sun foils the surprise and irons out the details.