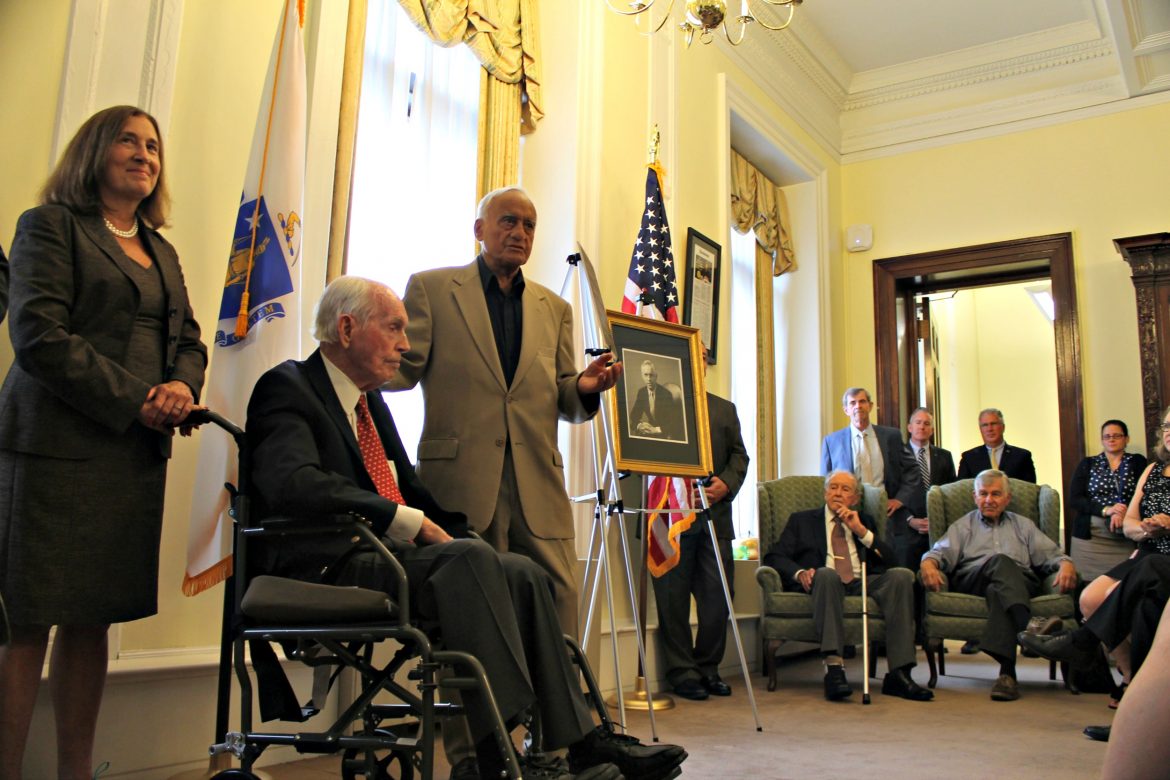 Former Treasurer Robert Crane was honored at the State House.

A citizens-backed initiative petition that sought to end the state’s use of Common Core learning standards was improperly certified by Attorney General Maura Healey and is now ineligible for the November ballot, according to a Supreme Judicial Court ruling on Friday.

The decision “will prevent the proposed measure in the petition from being placed on the 2016 Statewide ballot,” the court said in a ruling written by Judge Margot Botsford.

“No emotions can express how disappointed we are with the decision of the Massachusetts Supreme Judicial Court,” End Common Core Massachusetts campaign chairwoman and Worcester School Committee member Donna M. Colorio said in a statement.