Bay State Democratic operatives will be working hard in Philadelphia this week, aiming for a flawless prime-time political show as the party nominates Hillary Clinton for president.

Stephen Kerrigan, CEO of the Democratic National Convention in 2012 and lieutenant governor candidate in 2014, said the Bay State is a reservoir of behind-the-scenes political talent.

“Massachusetts exports two great things: Cranberries and political hacks,” Kerrigan said in a phone interview last week. “And I count myself among them, so maybe say ‘operatives’ instead of ‘political hacks.’ ” 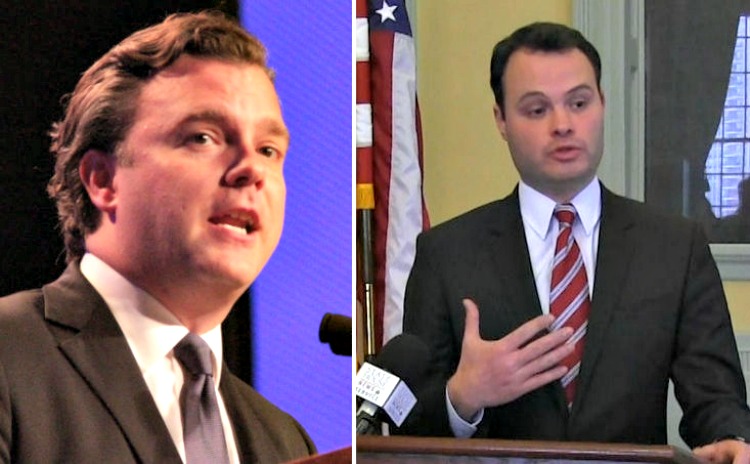 Stephen Kerrigan, left, and state Sen. Eric Lesser are chief among the Massachusetts contingent at the DNC this week.

The writers room, where speeches are drafted, rewritten, fact-checked and “shaved” for time, is run by Jeff Nussbaum, who is from Weston, along with Kenneth Baer, according to Sen. Eric P. Lesser, a Longmeadow Democrat who worked in the DNC writer’s room four years ago.

“You’re orchestrating and producing a live television show,” Lesser said. He said even high-level elected officials lack experience giving speeches in front of such a massive audience, and the timing of each speech leading up to the main attraction is carefully tracked to ensure the convention stays on time.