I decided to take our new, electric car to Logan, a kind of maiden voyage.

The round-trip mileage was right at maximum range for our Nissan Leaf, such that on returning to Logan from a business trip, I had a charge of 62 miles remaining on the battery and 55 miles to get home. It was late at night and no charge point in sight. Even so, this turned into a most excellent automotive adventure!

Avoiding the highways, taking back roads and old turnpikes, I had to anticipate every downhill, when I could charge the car while running thanks to the Leaf’s regenerative braking system. I was averaging an uneven 35 miles per hour. Going uphill, I had to unlearn years of driving with gas-powered car. Glide up hills? It is the only way to roll.

And riding through the tree-lined roads of Central Massachusetts, in the quiet of an electric car, focusing on every inch of curve and bank, uphill and downhill, I had begun to think differently: In a nutshell, I had a limited amount of juice and had to adjust.

In 2014, the United States imported about 27 percent of its petroleum [about 24 percent in 2015]. Transportation is responsible for nearly three-quarters of that consumption. Using solar to generate power and hybrid and plug-in electric vehicles instead of conventional vehicles reduces U.S. reliance on imported petroleum. It will contribute to environmental health as well as extricating ourselves from wars and alliances predicated more on commercial than national concerns.

Our solar array, which we put in four years ago, costs about the same as a compact car. 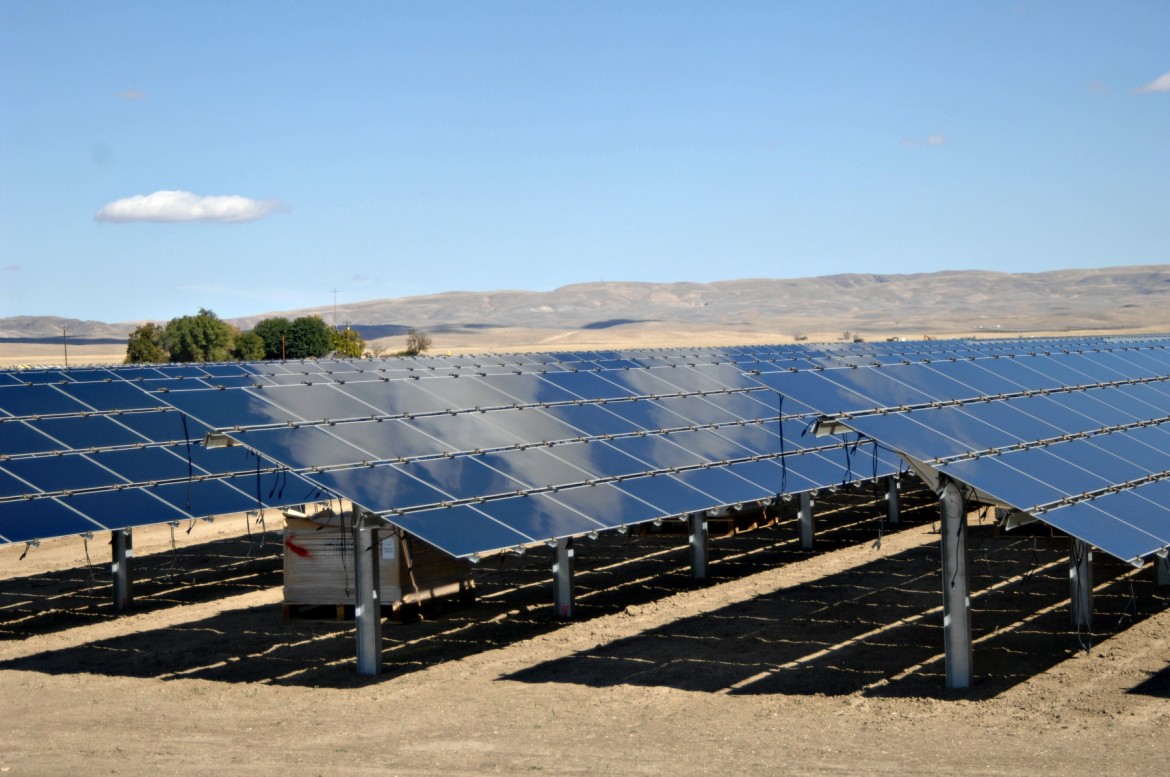 Solar panels are an important part of a greener future.

There are options other than purchasing outright, and many companies now offer leases, in which they will install a solar array on your property and sell you energy at a reduced rate. These types of solar leases and similar contracts accounted for 72 percent of home-solar sales in 2014, up from 42 percent in 2011, according to Greentech Media.

That share is projected to drop back down to 57 percent by 2017 because the market now offers consumers more ways to own the solar asset at the end of the loan term, and generally saves us money.

[Editor’s note: Consider Consumer Reports’ latest issue in which it trumpets the modern value of solar power while also warning against the common practice of leasing the panels; attractive up-front deals which tend to cost unwitting consumers considerable savings, at the least.]

For example, mortgage provider Fannie Mae has come out with the HomeStyle Energy program, which allows homeowners to borrow an additional 15 percent to finance their solar or other energy-efficiency systems. There are also state and local governments and/or other agencies that finance projects for homeowners through the Property-Assessed Clean Energy (PACE). These programs are positive because buying the array outright (not leasing) allows you to not only eliminate your electric bill, but gives you access to the solar renewable energy credit (SREC) market.

SREC involves credits created for every megawatt hour (MWh) of electricity produced by a solar generator. By owning our solar array outright, we get quarterly checks for our SREC credits. This money is generated by the 3 percent renewable energy surcharge on all electric bills; this, along with no electric bill. Not to mention that in four years, our solar array has saved 22 trees, offset 19 barrels of oil, and 26,000 lbs. of CO2.

This year we added the electric car. While the costs at first appear high, state and federal tax credits are available for EV purchases ($2,500 cash from the state and a $7,500 federal tax rebate). After rebates and tax breaks, our little electric chariot cost us about $15,000. We are spending close to $120 less per month in gasoline costs. And when we charge at our solar-equipped house, our car is powered by the sun and this helps us to feel better about future prospects in myriad ways.

As noted recently by the International Energy Agency, falling coal use in China and the U.S. and a worldwide shift towards renewable energy have kept greenhouse gas emissions level for a second year running. Preliminary data for 2015 from the IEA showed that carbon dioxide emissions from the energy sector have levelled off at 32.1 billion metric tons even as the global economy grew about 3 percent.

On a more personal note, a cost-benefit analysis of going solar with an electric car benefits our monthly balance sheets. And having a 16-year-old son who is interested in the oceans, and able to see the devastation that is going on worldwide by global warming, and able to see the United States engaged in volatile regions of the world where our values are undermined or circumvented in the name of petro-dollars, we have to act on both conscience and principle.

My ride home from Logan this spring night took me past the Concord homestead and forest and ponds of one of America’s great naturalists. Henry David Thoreau wrote, “If you have built castles in the air, your work need not be lost; that is where they should be. Now put the foundations under them.”

The foundations for a carbon-free future are here, it is up to us to build our castles on top of them.

Mark Wagner and Monica Elefterion live on a micro-farm in Dudley. They raise bees and chickens and a son, Myles, now 16. Monica is marketing specialist at Hanover Theatre for the Performing Arts. Mark Wagner works at Worcester State University as director of the Binienda Center for Civic Engagement.