PHILADELPHIA — The last Democrat to receive his party’s presidential nomination before the Clintons rose to become a national political force, Michael Dukakis shared some perspective Thursday, July 28, on November’s contest between Hillary Clinton and Donald Trump.

“People say to me, ‘Have you ever seen anything like Trump?’ ” Dukakis told delegates from Massachusetts and Washington at a breakfast event Thursday, July 28, the last day of the Democratic National Convention. “Let me tell you about Joe McCarthy, who was riding high in the 1950s.” 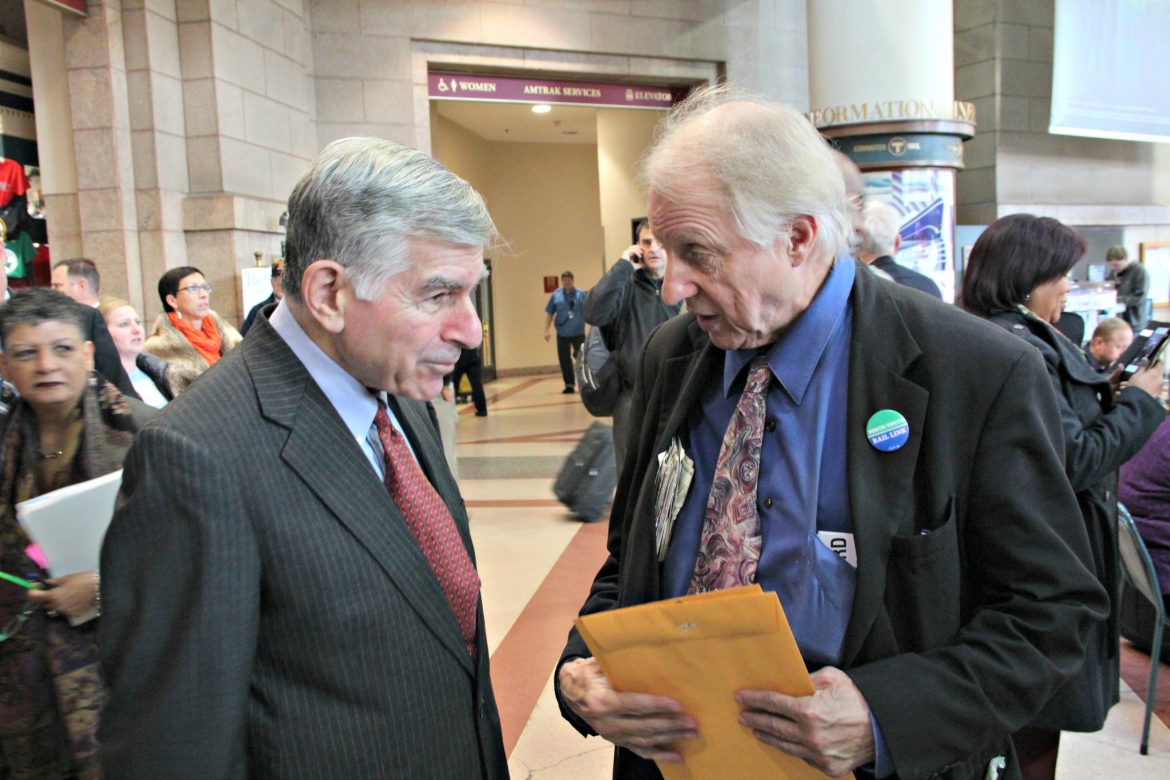 The Wisconsin Republican senator’s pursuit of Communists within American society in the early years of the Cold War gave him notoriety that lasted well after his death in 1957.

Well before Dukakis ran for state representative in Massachusetts, he became politically involved while attending Swarthmore College, just outside of Philadelphia, where Dukakis said city politics were controlled at the time by a “Republican machine.”