U.S. Secretary of State John F. Kerry was in Hiroshima, Japan, recently, where he and foreign ministers from the Group of Seven nations visited the memorial to victims of the Aug. 6, 1945, atomic bombing of that city.

Kerry’s visit was an important moment in our evolving relationship with Japan. Seventy years after World War II, the United States and Japan are allies, yet Kerry is the first sitting U.S. secretary of state to visit Hiroshima. No U.S. president has done so while in office.

“It is a stunning display,” Kerry said of the peace memorial and museum. “It is a gut-wrenching display. It tugs at all of your sensibilities as a human being. It reminds everybody of the extraordinary complexity of choices in war and of what war does to people, to communities, to countries, to the world.” 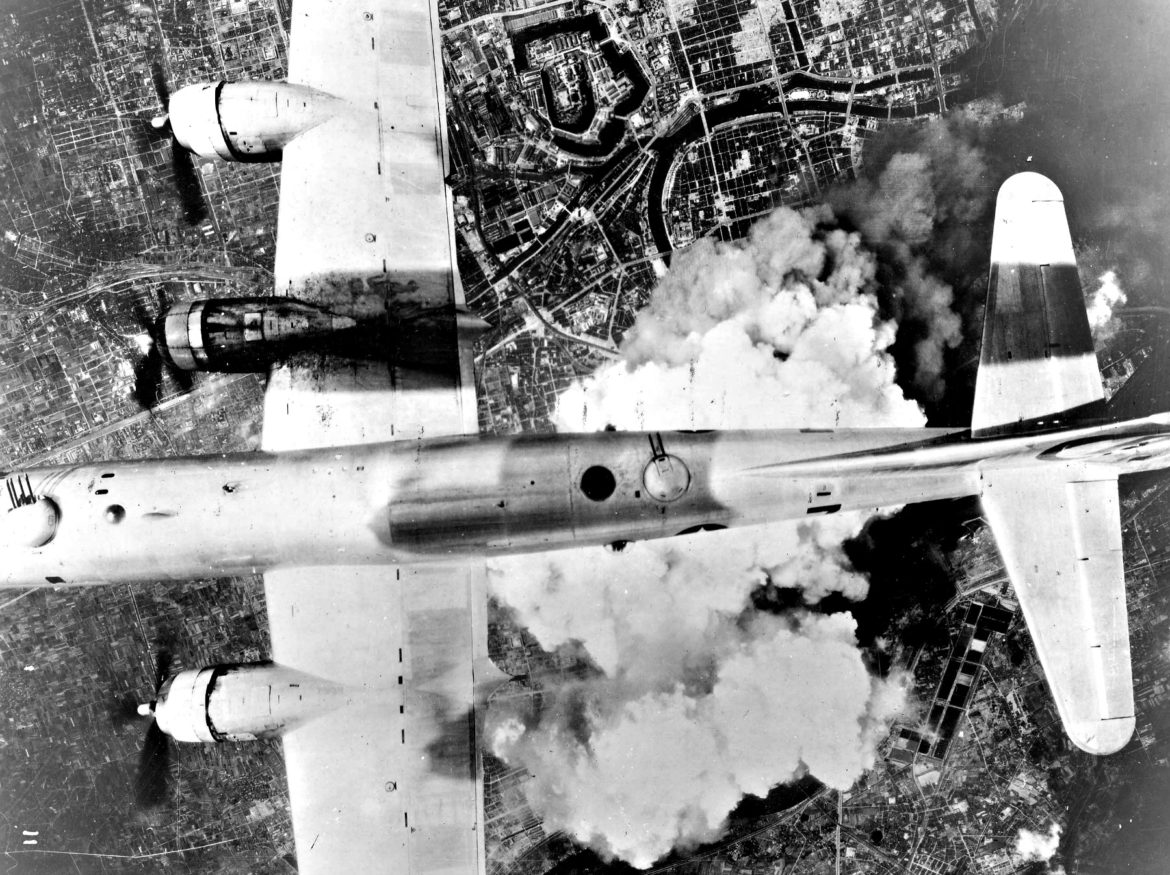 A B-29 Superfortress flies over the destruction of Hiroshima

While that is true, Kerry’s remarks sounded one false note.

“Going through this museum was a reminder of the depth of obligation that every single one of us in public life carries – in fact, every person in position of responsibility carries – to work for peace,” Kerry said, “to continue the efforts that President Obama and other leaders came together to talk about in Washington a few days [ago] at the Nuclear Security Summit, to create and pursue a world free from nuclear weapons.”