“I wrote this show about drugs and about a year later, my brother died of a drug overdose,” says John Morello, playwright of the one-man show “Dirt” and author of the to-be-published book of stories, poetry and art, “Buckshot Words.”

Morello considers himself a “survivor of high-risk childhood.” He experienced two deaths in his family by the age of 12, his parents divorced, he was exposed to illicit drugs and didn’t finish high school. Despite Morello’s close encounter with the wrong path, he took the road less traveled and turned his experiences into life lessons for other high-risk children. 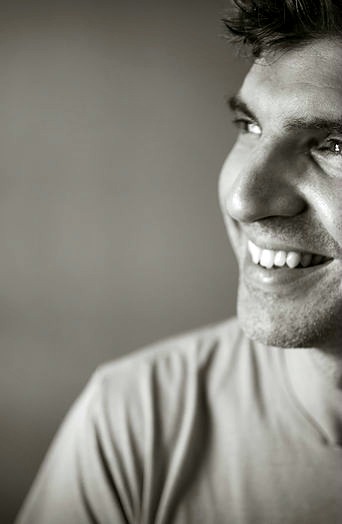 “I wrote ‘Dirt’ as a reflection of my past experiences. It was about telling relevant stories to children and about hearing their stories. ‘Dirt’ speaks about drugs, bullying and self-esteem in a non-motivational speaker kind of way,” Morello said in an email interview. “It has evolved into a show presented to many schools for children beyond seventh grade to help demonstrate the impact of these topics in everyday life.

“I am now looking to launch my second book, ‘Buckshot Words,’ to give another voice to family addiction, bullying, depression, personal loss, fatherhood, and traveling the world to listen to stories from young people.”

Morello hopes to crowdfund, through Kickstarter, the capital needed to cover the high costs associated with printing and layout, backer rewards and shipping of the finished “Buckshot Words” book. With a goal of $15,900 and donations that ballooned from about $1,700 late last week to $14,685 as of 6 a.m. Sunday, Feb. 28, Morello seems well positioned for the campaign which ends Wednesday, March 2.

“As I’ve dug deep, worked diligently on editing, and kept myself vulnerable while writing, this project has been a bit of therapy for me,” Morello writes on his Kickstarter page. “At times I’ve allowed myself to follow a stream-of-conscious style and other times I’ve spent days of deliberating to rewrite two sentences. Sometimes I’m writing with sarcasm and comic observation and other times it feels raw and confessional.

“Throughout this process I’ve remained focused on my goal of being honest with myself in faith that the reader will make the all-important connection.”

With a family history in Worcester dating back to the late 1800s, Morello has faced many adversities in the city he calls home. “I was just one or two bad nights away from taking the wrong path, and I’ve always wondered what made me different from my brothers,” says Morello.

“By the age of 12, I experienced the loss of my two brothers. My brother, Henry Morello, passed at the early age of 20 in a drunk-driving accident where he was intoxicated and so was the other driver. The arch of the family shifted at that point and it changed everyone’s life,” he recalls.

“Our response to his death showed me how much we needed support to keep us together. It was hard for everyone, but mostly for my other brother, Glenn Morello, who started to self-medicate his feelings. This was back in the day when parents came from large families and the level of emotional support was scarce. Families weren’t overly involved in the lives of their children like we are now,” he says.

“I remember finding a bag of cocaine in my brother’s room while searching for a cassette and he was probably around 19 or 20 years old. But at the time, drugs in families were not something discussed. It carried a level of shame and no one wanted to talk about it,” Morello says. “My brother had been clean for about two years when I started developing my writing and wrote the “Dirt” show, but after only a year, I lost my brother to a heroin overdose [in 2003].

“My parents divorced when I was young and we were living in Detroit, Michigan. After the divorce, my brothers and I moved to Worcester with my dad, who was originally from Worcester. My mom continued to live in Detroit and was as great a mom as she could be considering the miles in between us. She always kept in contact with us and always arranged to meet. My parents just didn’t have the emotional tools for the lives they were thrusted into,” Morello says. 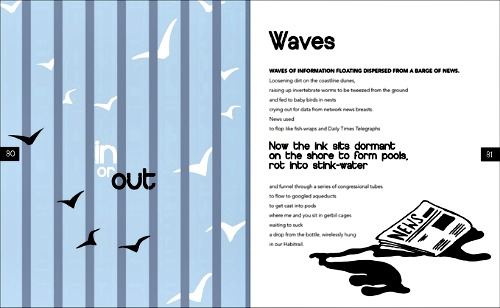 A sample page from “Buckshot Words”

“Buckshot Words” embraces the life theory made famous by novelist and philosopher Aldous Huxley, who stated “Experience is not what happens to a man. It is what a man does with what happens to him.”

Creating a higher level of transparency in hopes of helping others find the necessary outlets to cope with the miseries of life, the intended impact of “Buckshot Words” is  profound. Powerful in its reality, yet soothing in its tone, the book is a project that reaches out to the masses.

“Buckshot is a line from a poem called ‘BB Gun.’ I liked the metaphor of buckshot, since buckshot is the ammo comprised of tiny pieces packed together that can often be used to take down big game,” says Morello.

With a revealing one-man play, an adaptation of the show into a graphic novel and the launch of “Buckshot Words,” his second book, Morello has been able pack together the tiny pieces of his broken childhood and take down the big obstacles of his life while instilling hope in the lives of others through art.

“Creative projects are always about a personal mission,” says Morello. “It is done, at first, to please the creator: writer, artist, and painter. First we do it for ourselves. But as I reflect back, I guess I am doing it to try and go back and fix things. There has to be more awareness of bullying, depression and family loss, but especially about drugs. Drugs have a stigma and it is shameful to bring about awareness, and it should not be the case. Would we do that with cancer?”

“That Cameo,” a poem in ”Buckshot Words,” that deals with the “grief of losing someone to an overdose” has received national recognition with The Good Men Project. To read the poem: http://goodmenproject.com/arts/grieving-in-the-shadows-offstage-bbab/

This article was originally published in the Feb. 28, 2016 edition of the Sun.