With e-cigarettes joining traditional smoking products more and more in being banned from bars and restaurants in many municipalities across the state, “vape shops” seem to have found a home in the heart of the commonwealth.

A number of retail outlets have sprung up all over Worcester, and thanks to a pair of 28-year-olds from the Burncoat area, electronic cigarette and vapor smoking enthusiasts will soon have their own place to indulge on Restaurant Row.

Set to open mid-March, Vape Lounge, 358 Shrewsbury St., in a plaza next to two restaurants and within walking distance of more than 40 others eateries, will feature about what you’d expect: a laid-back atmosphere to hang out, and vape, offering numerous couches, a pool table, large-screen televisions and free Wi-Fi.

Operated by co-owners and partners of Vapes & Glass, LLC, Vu Huynh and James Sherwin, Vape Lounge is a 2,000-square-foot space and plans to sell e-cigarettes and other smoking rigs, vape juice and other accessories. 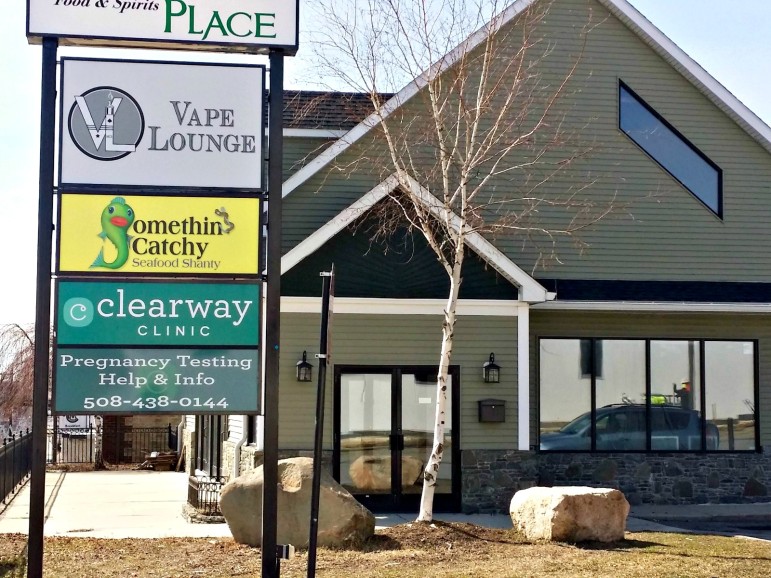 “We hope to attract a crowd of both people that enjoy vaping, and people ready to try it out. I think the atmosphere we want to create is that we want people to be comfortable,” Sherwin said.

Adrian Pelka, co-owner and manager of Vaporize on Park Avenue [which has a second location in Auburn Mall] said in comparison to Boston’s smoking ordinances — which in December raised the age to purchase cigarettes and other alternative tobacco products from 18 to 21 — Worcester’s regulations are considered lenient and are the reason more and more vape shops are opening up in the city.

“As other towns and big cities like Boston are restricting vaping with a 21-plus age requirement and some not allowing vaping indoors, people are coming to Worcester because it’s a little more relaxed.”

The city broadened its tobacco regulations in November with a focus on curbing smoking among young people. The measure added accountability, stiffened fines and prohibits smoking in city-owned public places..

Vape products must be displayed behind glass and out of the reach of customers, and vape shops can no longer provide free samples. The stores must register for a tobacco license with the both the city and state. 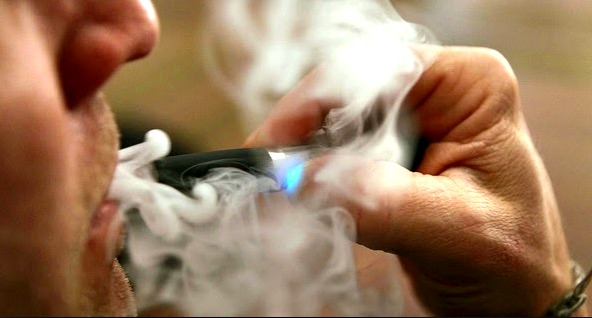 A new Shrewsbury Street business plans to get in on the growing vape shop market.

The new ordinances have not slowed the rising tide of vape shops in Worcester. Away from Shrewsbury Street, storefronts have opened in all corners of the city: Worcester Vapor on West Boylston Street; national chain Madvapes on Grafton Street; Vaporize on Park Ave.; and Beyond Vape, which has a location in Tokyo, coming soon to downtown Main Street.

Growing up off of Brattle Street, Huynh and Sherwin met when they were 10-year-olds at Nelson Place Elementary School. They’ve been friends ever since. They attended Forest Grove Middle School together before graduating from Burncoat High School.

Huynh works as real estate agent for George Russell Realty in Worcester and Sherwin works in the payroll department at Valet Park of America.

Sherwin took up vaping two years ago when he decided it was time to stop smoking a pack of cigarettes every day.

“I was able to quit cigarettes by switching to the vapes. As far as health goes, I can’t say that it’s completely harmless, but it’s a lot [more] harmless than cigarettes. And it’s a lot cheaper,” Sherwin said.

“It changed my life for the good. So that was one of the reasons to get into the industry: to try to help other people quit smoking habits. It’s an awful habit that I was happy to get rid of.”

For the tobacco and alternative tobacco scene, the Restaurant Row strategy has proved beneficial for two other establishments.

Vape Lounge hopes proximity to dining destinations will mean longevity for them as well. The lounge is nestled between Italian restaurant Padavano’s Place and Somethin’ Catchy Seafood Shanty.

“We hope it pays off. We’re discussing doing some advertising with them and utilizing our large space by offering catered events [with food from Padavano’s and Somethin’ Catchy] and business meetings,” Sherwin said.

Vape Lounge, which is weighing whether to try to obtain a liquor license, will stock at least 20 different brands of vape juice, with many different flavors, and plans to take further advantage of the space.

“It’s a big store. So our goal is to have a large variety and selection of what the major companies are offering,” Sherwin said.

“Since [Huynh] already knew someone in the industry, that helped us do our own thing and talk about it. And then we said, OK, enough talking about it. Let’s do it,” Sherwin said.

“They have our full support. We’re going to work with each other. We’ll both do as well as anyone else here because everyone is flocking to Worcester,” Pelka said.

“We both grew up in Worcester. We went to all the same schools together,” Sherwin said. “It’s always been a dream of ours to do our own thing and be entrepreneurs and open our own business. What better place to do that then right in the heart of Worcester on Shrewsbury Street?”

This article was originally published in the March 2, 2016 edition of the Sun.