Men today are particularly particular about their hair.

They shop for gels and mousse, and have no qualms about sneaking into the bathroom to do something about those graying sideburns. Unlike dear, old dad, they have more than a tube of Brylcreem sitting in the medicine cabinet.

Long gone are the days when a guy went into the barbershop and had the option of choosing a buzz cut or a “regular,” the hair-style popularized by JFK.

It took some prodding, but barbers have also become more attentive to the needs of their more prickly male customers. They’ve adjusted to the new and ever-changing market, but many have just not figured out how to compete with the big hair-styling chains.

This is where Angelo Padin comes in. 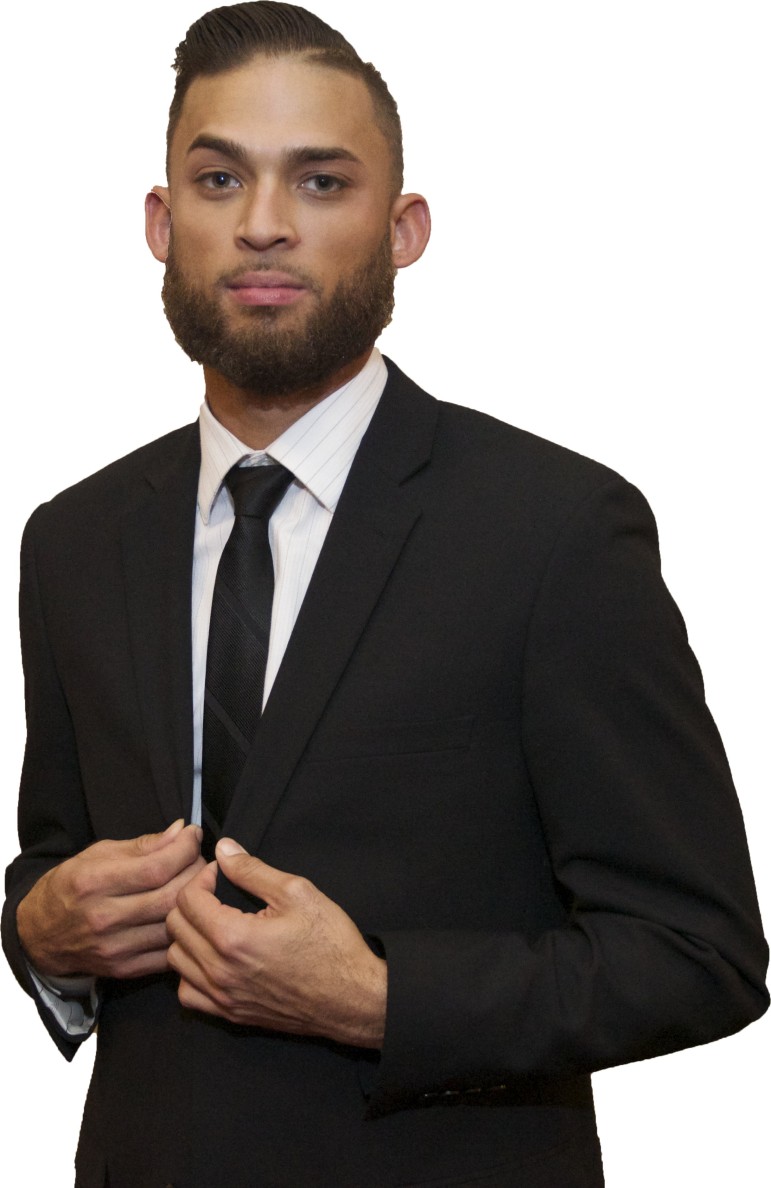 The 26-year-old comes from a family of barbers, so he knows his way around a pair of shears.

He also loves technology and knows that neighborhood barbers have a better chance of surviving in the sometimes cutthroat hair-styling business if they are able to utilize the benefits of the computer and digital age.

“Too many barbers who own their own businesses still live in the Stone Age,” said Padin, the president and founder of WooCutz, a small firm in Worcester that advises mom-and-pop barbershops on how to effectively use social media platforms. “I want to help them out.”

Padin, a longtime city resident, is the type of new entrepreneur that Worcester officials are trying to attract.

He works out of the refurbished former Telegram & Gazette building at 20 Franklin St., across from City Hall. Part of the structure serves as a laboratory, of sorts, for individuals who dabble with innovative computer and digital technologies. It’s called Worcester Idea Lab [and is home of the Sun].

WooCutz has a small client base and Padin is looking to expand his services to other small businesses. For example, he’s trying to interest the owner of a small Mexican-food establishment near Worcester Common. WooCutz is now part of Simplicity Tech, a larger umbrella firm that’s also run by Padin.

“Small businesses can’t compete like they did years ago,” he said.

Padin said he feels that he is on the right career path, but it took him a while to get there. The fledgling businessman spent his formative adult years sampling a smorgasbord of life experiences.

Padin said his career journey began when he got his first computer at the age of 10.

“My dad read somewhere that, if you gave a kid a computer at a young age, he’d become a millionaire,” he said. “I hope he’s right.”

Padin was born in Worcester and lived most of his life here. He graduated from North High School where, thanks to an “inspiring” teacher he became passionate about English.

But, despite his love of the subject, he said he also felt a strong desire to help others. So, in 2007, he joined the Adventures in Missions program, a Christian organization, and spent nine months in the Dominican Republic teaching English and helping to build churches.

Following his stint as a missionary, Padin went to Quinsigamond Community College, where he was a member of the honors program.

At the time, his goal was to become an English teacher. But, in yet another twist, he decided to join the Marine Corps.

He was assigned to the 15th Marine Expeditionary Unit, a forward-deployed rapid-response force, and spent some time at Camp Pendleton in Southern California. During his tour in the military, he was also assigned to North Africa and joined his comrades in arms in providing humanitarian help when Pakistan was inundated by major flooding.

Oh, he also fell in love and got married, though family life didn’t last long. He also ended up homeless, living for about a month and a half out of his two-seat Nissan 350Z.

“I tried a lot of things. I’m very ambitious, but I guess I’m also very impatient,” said Padin, who is now divorced. “Each of my experiences took me to another level.”

After his service to his country, Padin returned to Worcester in 2012 and landed a sales job with AT&T.

“After a while, a lot of small business owners came to me asking me questions that had nothing to do with their phones,” he explained. “They wanted to know about computers, the Internet and other (technology) issues.”

It was about that time that he started thinking about utilizing his technological skills to help small businesses grow.

In 2014, he left AT&T and began to develop his own business. “I wanted my own company and brand,” Padin said. “I decided to form my own niche.”

It was only natural for Padin to begin his business venture with barbers, since his brother, father and cousin spent their work lives cutting hair.

In order to grow his business, he networked with hair professionals from around the country at conventions and other venues. He also helped organize events where needy veterans could get their hair professionally cut at no charge.  In addition, he launched his own channel on YouTube to build the WooCutz brand.

“There are just too many barbers who are stuck behind their chairs,” Padin said. “They just wait for customers to come to them. They don’t know how to reach out to grow their businesses.”

Padin teaches his clients how to work with the Internet and how to establish websites. He shows them the benefits of Facebook, Periscope, Snapchat, Twitter, Instagram and other social media platforms.

“I’m basically involved with marketing and technology development,” he said. “My job is to plug businesses into the modern world.”

Padin said he’s very busy with nurturing his business endeavors, but he still remembers his days with the Marines. He said he feels the need to reach out and help veterans who are having a tough time. That’s why he organizes events where vets can get free haircuts.

For example, vets had that opportunity at a booth set up at last year’s Massachusetts Beauty and Barber Convention, a first-of-its-kind event that was held at Worcester’s DCU Center. About 30 veterans took advantage of the opportunity.

Padin said he’s also been involved in an event where homeless women have received makeovers.

He said he’ll be traveling about the country beginning April 17. At many of those events, he and a fellow Marine will be offering haircuts to veterans. Padin said he also plans to visit veterans’ clinics, centers and shelters.

“I understand many of the struggles our veterans have been through. Many of them feel like aliens,” Padin said. “We have to do away with the stereotypes of veterans. People think they’re angry young men who want to blow up things, or they’re homeless people getting handouts at shelters. That’s got to change.”

This article was originally published in the Feb. 28, 2016 edition of the Sun.