Tyler Beede has pitched all over the country and walked the red carpet at film premieres in Hollywood, but upon arriving at Major League Baseball spring training last month he had the quintessential I’m-not-in-Auburn-Massachusetts-anymore moment.

Beede’s travel bag had not even completely settled on the carpet of the San Francisco Giants clubhouse in Scottsdale, Arizona, when he looked around the room and saw pitcher Madison Bumgarner, the 2014 World Series MVP, in one corner and catcher Buster Posey, the 2012 National League MVP, in another.

“I grew up watching those guys play, seeing them become stars,” Beede said in a phone interview from the Giants clubhouse last week. “Just to be able to be in the same locker room, share the same uniform, to be able to take the field with them was something special.” 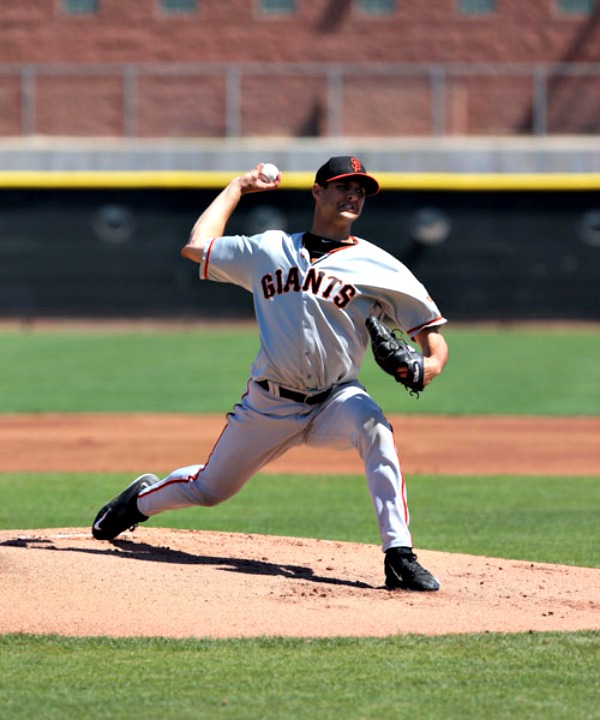 The experience got even more special later in the day when Beede pitched his first bullpen session at Scottsdale Stadium. Crouching behind the plate about 61 feet away was none other than Posey.