The intersection of Hammond and Main streets in Worcester is a popular spot for beggars. Traffic is often heavy and slow, giving the poor time to appeal to motorists.

Whether the beggars of Worcester (I forgo the term panhandler for reasons explained below) are truly needy, and whether we can trust the misfortunes related on their cardboard signs, is unclear. Some surely are.

Others duck behind bridge abutments to use smartphones.

In any case, provided they are patient and evoke more sympathy than alarm, they do well enough to keep at it.  Nothing – including city ordinances, court rulings or social service agencies – has resulted in any appreciable change in their numbers over the years.

When the word panhandler first appeared in the 1850s, it carried the notion that the money changing hands was a loan. And in Dust Bowl days, the word sometimes connoted impoverished Oklahomans heading for a better future in California. 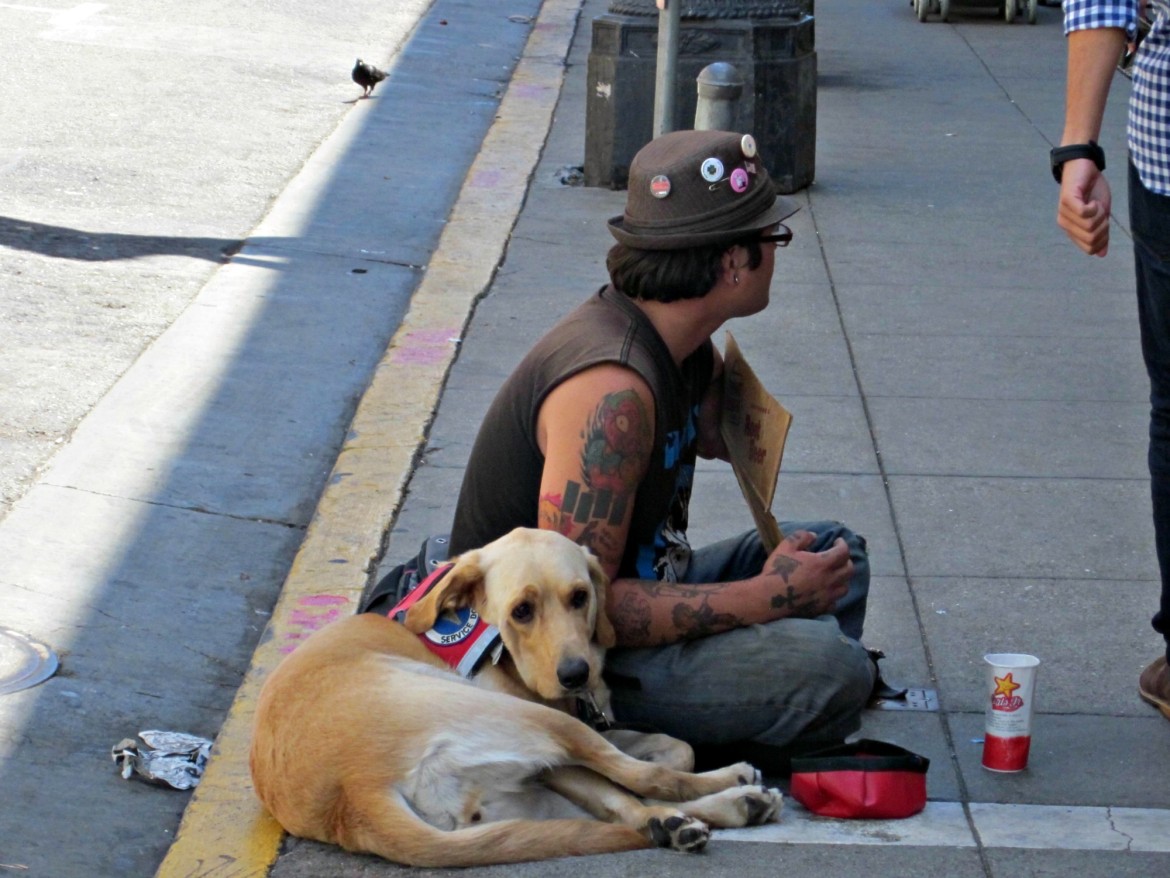 Begging has reached new levels in our society, Sinacola says.

Today, when you give money on the street, it’s not a loan. And those asking you for your change aren’t looking to move out of Massachusetts, where the welfare state is both generous enough and porous enough to not only keep the poor here, but to attract them from elsewhere.