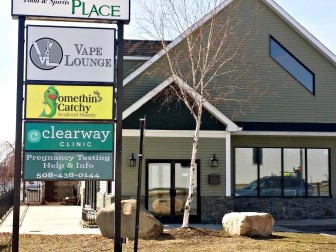 Local Business Spotlight: Vape Lounge, the new after-dinner destination for smokers? |  “Right now, Worcester is the mecca,” for vape shops, said one successful store owner who believes the city’s relatively lax regulations have created an inviting atmosphere for the retail and entertainment businesses to proliferate. Well, a pair of Burncoat best friends figured they’d throw their hats in the ring and thought Shrewsbury Street was the right place to do it. 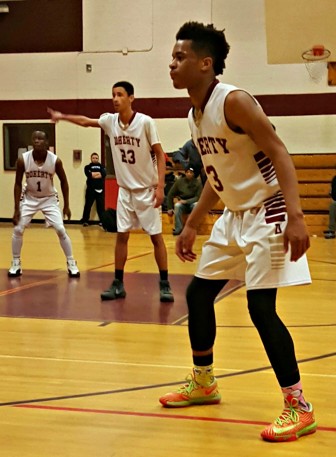 Tariq Massenburg eyes football in college, but the Doherty star more than holds his own on the high school hardwood.

The Score with Ken Powers: Doherty’s Massenburg one to count on; St. John’s boys hoops ready, as always |  A two-sport Highlanders star with his sights set on playing football in college, Tariq Massenburg has more than athletic prowess on his resume. An earnest student, too, Doherty’s top hardwood scorer faces a daunting test tomorrow night in the Central Mass. Division 1 tournament when his squad tips off against St. John’s. KP also checks in with longtime coach Bob Foley and his Pioneers, one of the state’s top teams all season. 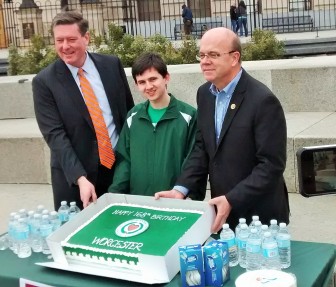 Editorial: On 168th birthday city shows it’s still growing |  Worcester turned 168 years old as a city on Monday. From a celebratory cake on the Common to visits from two high-profile politicians, the events of the day, good and bad, showed the city as it truly is. We look at what happened and what it all means. 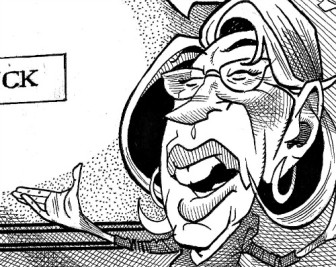 Sun Spots with Hitch [Vol. 37]: This one’s a slam dunk |  When it comes to March, a few things spring to mind — like the changing seasons, for instance. In like a lion … College basketball, and spring training baseball … National Puppy Day … You know, all the classics. And in the city this year, observers can toss a far-and-wide superintendent search into the hopper, too. Or a superintendent search anyway. Hitch courts the school board seal of approval.