“Technology is just a tool,” Bill Gates famously said. “In terms of getting the kids working together and motivating them, the teacher is the most important.”

This statement holds especially true in the quest of Haig Alexander Eskandarian, an EMBO Post-Doctoral Fellow in Switzerland with roots in Worcester.

Eskandarian is the core member of a team of biologists, medical professionals and professors ranging from University of Massachusetts Medical School to the California-based American University of Armenia, organizing an effort to “enable Armenian students to formulate and conduct meaningful scientific experiments using the scientific method” with access to the proper technology for the creation of state-of-the-art biology labs for introductory courses in the Republic of Armenia. 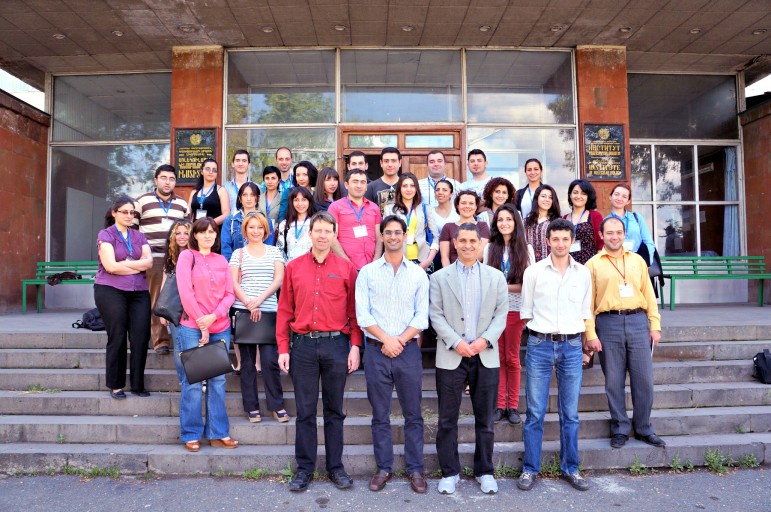 In conjunction with Professor Raffi V. Aroian at UMass Medical School, who holds a Ph.D. in biology from California Institute of Technology and heads UMass Medical’s Aroian Group – a lab group focusing on superior treatments of parasites infecting upwards of 2 billion people in the world — Eskandarian has expanded his passion for biology, the concern of epidemic diseases, and the Armenian people through this initiative.

Aroian, Eskandarian and their team have turned to a GoFundMe campaign to assist in fully equipping the lab. The campaign has a an open-ended $10,000 goal and had raised $2,555 through Friday.

“Personally, our reasons for organizing these courses lie in the profound sense of importance to helping the communities to which we belong. We believe that educating the Armenia youth and inspiring them to become free, creative, and critical thinkers will benefit Armenian society, and more importantly, the global community of scientists,” Eskandarian wrote on the campaign page.

While some equipment, like autoclaves and compound microscopes, are readily available in Armenia, other items such as dissecting microscopes, incubators and reagents – the latter a substance used throughout the microbiology testing process – are less accessible.

“There is an old Armenian Diaspora that settled in Worcester from over 100 years ago. Indirectly, the goodwill and support of the Worcester community has in the past been recognized in Armenia.

“They have a deep appreciation for the Worcester and Greater-Boston communities, who have supported Armenians in dire times, like during the 1988 earthquake in the then-Soviet Armenia, in the ’90s with sending medical aid to Armenia, for which my grandfather, uncle and father all participated in organizing and participating in the airlifts by going on the planes transporting medical aid to the government and people there. These humanitarian efforts must now translate into helping the local society to be free and develop,” Eskandarian said.

Eskandarian comes from a long line of Armenian presence in Worcester. “When my mother and family first immigrated to the U.S., they arrived in Providence, Rhode Island, and some [relatives] landed in Worcester, where they lived for five decades,” he said.

“Professor Aroian completed his undergraduate studies at MIT, his Ph.D. at CalTech and his post-doctoral at UCSF” but moved back to Worcester to teach and contribute to the biology advancements at UMass. 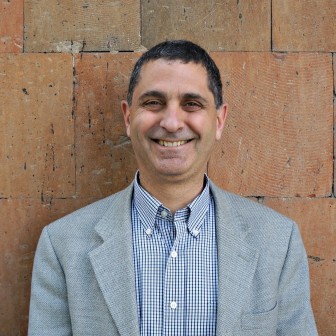 “He grew up in Worcester and has a family history going back several generations.”

Eskandarian, a research scientist in the fields of microbiology and bacterial persistence at the Switzerland-based École Polytechnique Fédérale de Lausanne,  is devoted to improving the quality of education available to the Armenian youths through technology and advanced instruction.

The partners in the crowdfunding project “are all Armenian-Americans and feel a connection and social obligation to be active in our fields in Armenia,” Eskandarian said. “All the equipment we purchase will remain in Armenia, at Yerevan State University, with open access to the students we teach.

“Our course, in 2015 we drew students attending from Armenia, Georgia, Iran, Russia and the U.S. If it were possible, I’d even have students attend from Turkey or our current enemy country Azerbaijan,” Eskandarian said. “There’s no need to have enemies when people realize that they have the same goal in life, which is to discover new principles about how life exists, all through scientific research.” 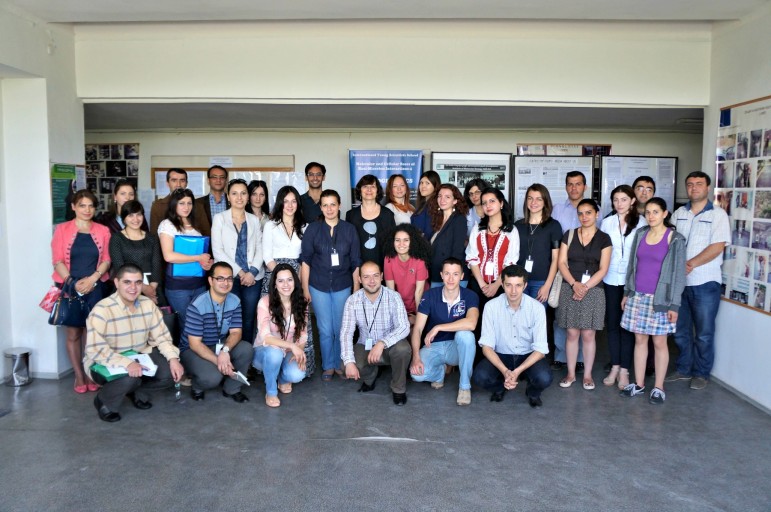 Eskandarian holds immense hope and optimism in his program’s ability to not only educate, but unite.

“The lack of funding or support from the established Armenian organizations has led us to crowdfunding our endeavor. I think that the main reason we haven’t received much support from the Armenian community is because the culture doesn’t care so much about the science and academia, as much as other pressing social and political issues,” Eskandarian said. “I believe these are major hurdles to refocus the Diasporas’ attention to meaningful projects aimed at developing Armenia and its population today.”

His goals are larger than life, and could take on an entirely new layer of commitment. Eskandarian, who teaches microbiology to graduate students and continues to explore additional self-education with post-doctoral programs, has his sights set on establishing a full-fledged biology program at the American University of Armenia – a U.S.-accredited institution affiliated with the University of California system.

“We will need to raise additional funding to build a new wing at the university to house a life science program … but in due time,” he said.

This article was originally published in the Jan. 31, 2016 edition of the Sun.