Khan: On diversity, inclusiveness city should aim higher than bonus points |  “The Human Rights Campaign’s Municipality Equality Index is packing its pillow with fluff. Yes, that may make some more comfortable, but those still ‘slumbering on the streets’ in need of tangible assistance, most likely would appreciate more if those pillows were filled with the same concrete barrier between themselves and their equal protection under the law.” Alex L. Khan reality checks the city’s efforts to promote inclusiveness in all its communities.

Editorial: Why Restaurant Week matters |  The sixth annual Restaurant Week is underway, running through March 5. In addition to a night out, it represents a great way to impact the local economy with your dollars. We look at Restaurant Week and offer a tip on how to best show your support for local establishments. 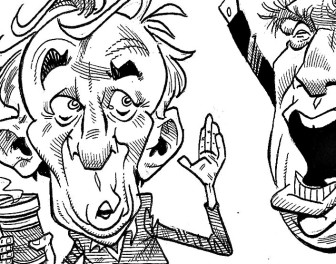 Sun Spots with Hitch [Vol. 35]: That doggone sound and fury |  Thanks a lot, South Carolina — Trump’s still a thing, and no more Jeb Bush to knock around? That’s an epic double whammy of no bueno! Kind of like the one thousands of city dog owners have been whacked with the last two decades: a restrictive ordinance that bans dogs from 1,200-plus acres of city land; plus no suitable, and agreeable, public alternatives. Hitch figured, while the Donald’s riding high, he might just be the man with the plan.