Mosaic Cultural Complex held health workshops in 2015 and through January |  “Mosaic was doing their work for all of 2015 to my knowledge.” Amid the din of contentious debate, this answer from a vice president at the city’s Edward M. Kennedy health center may be quite unexpected. Also an attendee tells Patrick Sargent about a class that took place weeks after Mosaic was told it was not under contract and would not be paid by the city. 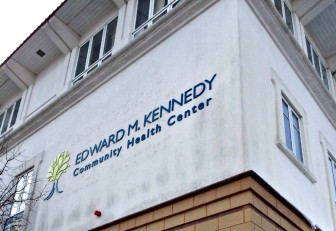 Sina-cism: Today’s RUM-running tax pirates |  While many taxpayers and parents feel the bang for their substantial bucks is lacking when it comes to education, the solution isn’t more money, but spending reform, including eliminating prevailing wage laws and easing the strangleholds some unions enjoy on the public purse. Chris Sinacola raises a toast to liberal reformers drunk with ambition.

Editorial: Pay raise discussion detracts an unworthy distraction |  The dominant political story of the week has been the issue of pay raises for the mayor and city council. As media rushes in to capitalize on the controversy, matters of greater consequence are pushed to the back burner. Not to be left out of the discussion, we put our 4 cents in. 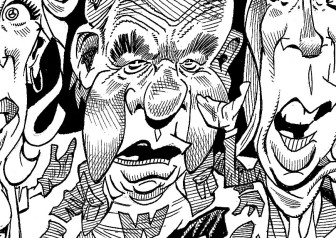 Sun Spots with Hitch [Vol. 32]: Warm wishes |  Forget about melting your loved one’s heart this Valentine’s Day, you might be lucky to thaw out your fingers enough to scribble a few sweet-nothings on that card you bought this morning. Fear not, for Cupid’s arrow struck Hitch just in time.

Part 10: Family Rejection vs. Manhood |  The comforts of home reveal themselves slowly and sporadically as Augustine endeavors to find some stability, for himself and his quest, for his newfound young daughter, and for the damaged leg he’s been dragging around. Also slow to be uncovered, though, is the whole truth. Will pride blunt the momentum of Augustine Kanjia’s amazing journey just as much as his painful knee? 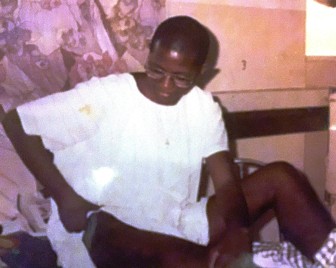 Part 1: The Decision That Saved My Life

Part 2: The Struggle for Survival in a Strange Land

Part 4: The Smoldering Bitterness of Enemies

Part 5: The Soccer Match That Saved My Life

Part 6: The Secret Visit to Freetown

Part 8: The Escape to Freetown

Local Crowdfund: South High band has a Philly plan of its own |  The band at South High Community School is excited to be asked to perform in Philadelphia this summer as part of a celebration of the Declaration of Independence. But the trip carries a price tag of about $47,000. The band has begun a GoFundMe page, and plans other fundraisers as well.

Worcester Weekly: Julius Jones talk + 5 more things to do, Feb. 14-20 |  In the first in a series of discussions, the founder of the city’s Black Lives Matter chapter will speak Wednesday night on the continuing struggle for equality. If you’re looking for something a little less heavy, there’s hockey and music and art … and coloring … for adults. Don’t miss out! 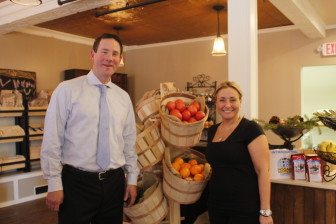 Tim Moynagh, owner, and Kathryn Stanley, general manager, are the forces behind Viriditas.

Local Business Spotlight: Viriditas, new downtown
“We want to boost our vendors. We want to open the doors for other businesses to flourish and establish Worcester as a foodie city. We [Worcester] are already on the verge of that market. We have some amazing places in Worcester and we want to continue that trend.” — Kathryn Stanley, general manager. Check out the latest entry in the downtown, hot-spot scene.

Sun Shine: Project New Hope unrelenting in support of veterans
Over the weekend, the all-volunteer nonprofit went around to local rehabilitation facilities and nursing homes to hand out more than 250 donated gift bags filled with gift cards, hats, stockings and more. “I think a lot of our veterans are forgotten over the holidays, so we made a big push here to get these gift bags to them,” said Project New Hope founder William Moore about an effort that is merely the tip of the iceberg for his organization. Patrick Sargent has more.