Another establishment is joining the fray of Worcester’s sudden new obsession with bars whose names start with the word “Whiskey.”

A pair of bar owners from the Canal District with a recent track record of success is hoping lightning strikes twice — this time with a college crowd that likes to spend money on Park Avenue — with a third “Whiskey”-themed bar coming to Worcester this winter.

Whiskey Tango, at 377 Park Ave., will be joining Whiskey on Water at 97 Water St. and Whiskey Lounge [Check back with the Sun next week for more on this one.] at 316 Main St. — all of which will open this winter. 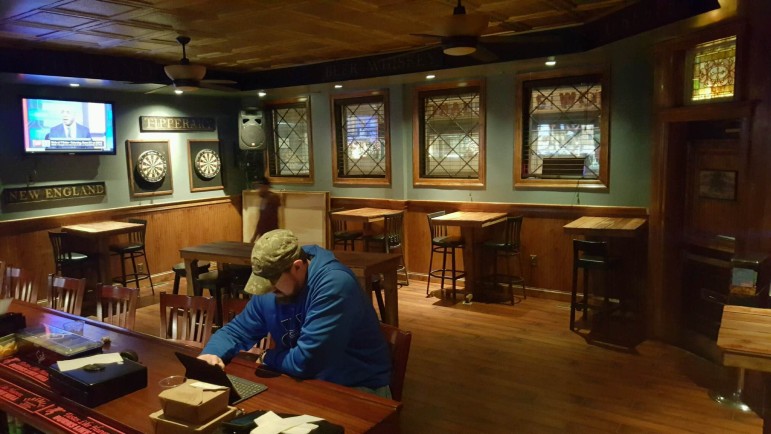 Whiskey Tango will open this month under the direction of owners Dana Felicetti and Wayne Russell, two of the current owners of Union Tavern on Green Street.

“We’re not trying to reinvent the wheel here. Especially on Park Ave. We are shooting for a college bar and college crowd, but a 21-plus crowd that are sick of going into roadhouse-type bars where it’s a free-for-all,” Felicetti said.

“We are going after the 21-and-over crowd that know how to have a good time, but know how to behave themselves too. It will be a clean, safe, fun atmosphere.”

“Being in a smaller place [900 square feet], we will have a little less overhead. Our prices will still remain competitive with the rest of Park Ave.,” Grimm said.

Felicetti hopes to bring the bar back to the original atmosphere of Doherty’s Pub, which was there for decades and closed in 2010, and for the first few years when the bar was Nuf Ced (2010-2013).

“They had great crowds down there, but over the years it just changed,” Felicetti said.

Most recently, under the same ownership as Nuf Ced, the bar changed its name to Mickey O’Neil’s.

Felicetti and Russell acquired the space in the fall and have been working on updating and renovating the bar for the past few months.

“Really every change we made was cosmetic,” Felicetti said. “When the bar became Mickey O’Neil’s, they did a lot of work and turned the place into a beautiful spot. We’re making small cosmetic changes just to show that we’re different.” 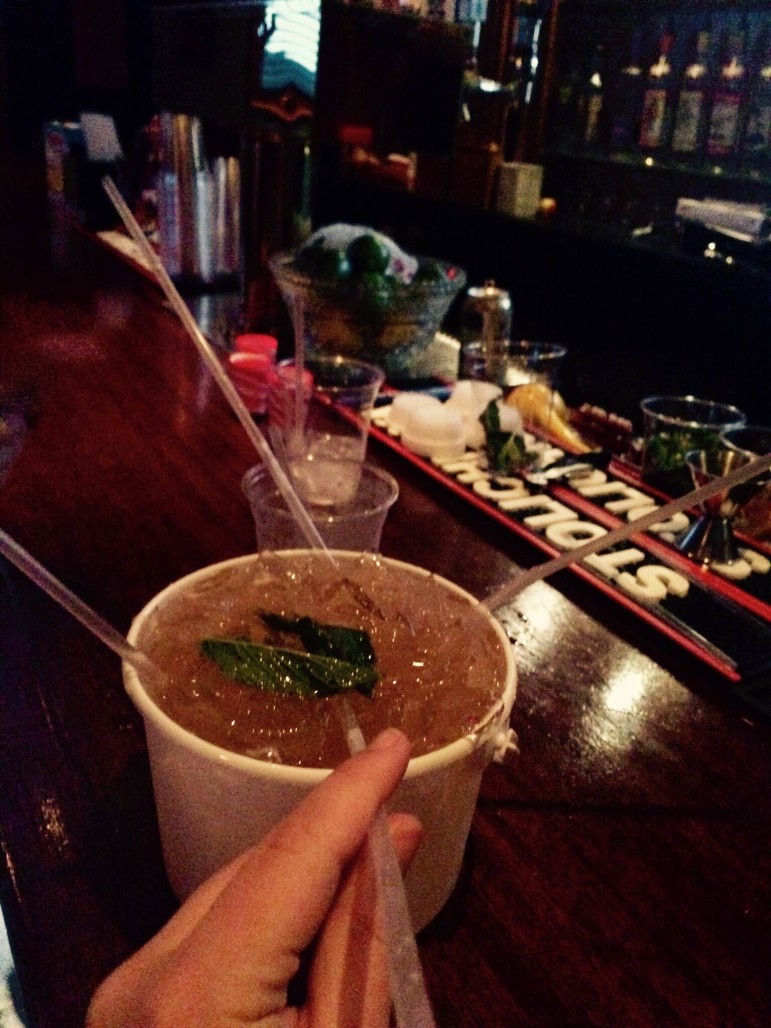 “We’ll be offering a higher grade cocktail, while still offering the other liquor you would find in most bars.”

The bar will feature four craft beers on draft and several in bottles, but will also have four domestic and imported beers on draft that can be typically found at other bars. The draft beers will rotate every few months.

Whiskey Tango is located at 377 Park Ave. and will be open 8 p.m.-2 a.m. Monday-Saturday, and 2 p.m.-2 a.m. Sunday. Hours will expand in the spring. Whiskey Tango will open sometime in January.

This article was originally published in the Jan. 10, 2016 edition of the Sun.