In April 2013, Kait Maloney was working at the New England Center for Children’s facility in the United Arab Emirates capital of Abu Dhabi when the Boston Marathon bombings occurred.

Because of the nine-hour time difference, Maloney was sleeping and was woken by phone calls from family alerting her about what happened.

Maloney and her two roommates at the time, who were also from the Boston area, stayed up all night watching updates on the bombing and listening to the Boston Police Department scanner. 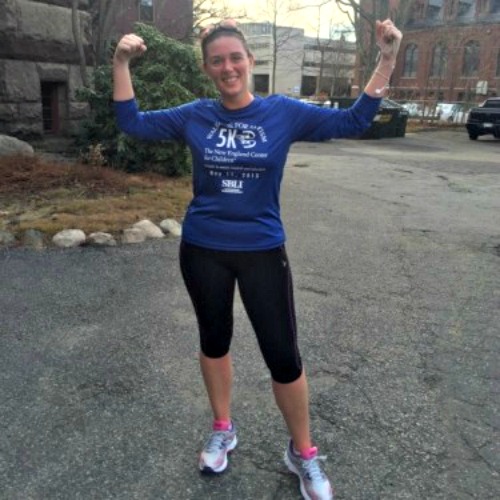 Maloney, a 2003 graduate of St. Peter-Marian who grew up on Grafton Hill near Millbury said, “The part that moved me about it [the Marathon bombing] the most was when we talked about it at work. It was the local staff that said, ‘We understand you’re upset, but this happens every day here.’ ”

“I worked with people from Iran, Egypt, Jordan, so for me having that mindset that it’s a normal thing was disturbing,” she said.

This will be the first marathon for Maloney. Following the bombing in 2013, she promised herself that she would soon run it.

“After the bombing I said, ‘I’m doing this when I get home.’ It’s been a goal for a while,” she said. “Everything that the marathon does and is, all the wonderful things, it makes you want to do it.”

Maloney, who started running after college [Westfield State, class of 2007], received her Boston Marathon race number through a charitable waiver given by the Boston Athletic Association to NECC, where she’s worked in human resources for nearly 10 years.

The New England Center for Children serves more than 600 students with Autism Spectrum Disorders [including 152 at their sister school in Abu Dhabi], and many other students with developmental disabilities.

For the second year in a row, NECC is part of the Marathon Coalition, a group of 19 charitable organizations with representatives training together. The group also includes such organizations as Best Buddies International, Girl Scouts of Eastern Massachusetts, and Tufts Medical Center in Boston.

Aside from her ongoing training, Maloney is hoping to raise $8,000 for NECC’s annual fund. That money goes to maintenance of the organization’s residential group homes, student-specific events, and to cover costs of communication devices for students who are nonverbal, and many other things.

“The annual fund closes the gap between what tuition provides and what it actually costs to run an excellent program,” NECC special events manager Rachel Norberg said. “We obviously want to give all of our students everything we can. So things like the Boston Marathon fundraiser really go toward fulfilling those needs.”

“The minimum to raise is $8,000. I would love to get above and beyond that, but I’m focusing on raising the minimum first,” Maloney said. “The annual fund covers whatever we need to give the kids to make sure their educational requirements are fulfilled.”

According to Norberg, NECC helps support the runners on Marathon day by providing T-shirts similar to the ones the NECC team runners will wear to any NECC staff or family that will be attending the race.

They also create a map for the runners to know where the supporters from NECC will be standing, and have an area beyond the finish line for runners, their families and friends, and members of NECC to gather at the end of the race.

“It takes a very special person to not only run a marathon, but to also raise $8,000,” Norberg said. “When we were going through our application process to pick our four team members, Kait, along with the rest of the members, stood out because of their passion for the organization and their passion for running.” 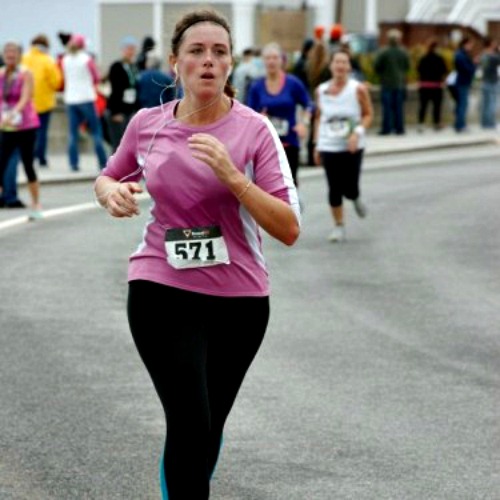 The 2013 Boston Marathon bombings prompted Kait Maloney, in Abu Dhabi at the time, to say, “I’m doing this when I get home.”

Maloney will be joined by NECC team members Meath Dunn, a father of an NECC student; Perry Gershen, a brother-in-law of an NECC board member; and Southborough resident Sarah DiStefano, who works with NECC students in the Epilepsy Center at Boston Children’s Hospital.

“It’s really admirable and we are so happy and very thankful to have these four people who are willing to run for us. It’s incredible,” Norberg said.

“Kait specifically has worked on all aspects of our program. She’s been a teacher, she’s been at our school in Abu Dhabi, and now working in our HR program. I know she’s working very hard on raising the $8,000 and I think that’s the hardest part – raising that much money in just a few short months,” Norberg said.

“What I really like about working here is that you’re working one-on-one with these kids, so it’s really personalized. I learned a lot of things about myself, including that I have patience,” Maloney said.

With the Boston Marathon fewer than 100 days away, Maloney needs to meet her goal by April 18. On Jan. 30, Breen’s Cafe on Cambridge Street in Worcester will host a fundraising event to help support Maloney’s efforts. The suggested donation is $20 and Breen’s will provide pizza, music and door prizes.

If you would like to donate to Maloney’s efforts, please visit the NECC Crowdrise page.