Second chances don’t come around all the time. For both Worcester’s Chase Joinville, and a Hamilton Street location that has served as a barbershop and salon for more than 25 years, that second chance came this fall.

Joinville, who has been cutting hair since he was 18, opened Grafton Hill Barbershop at 120 Hamilton St. in October. 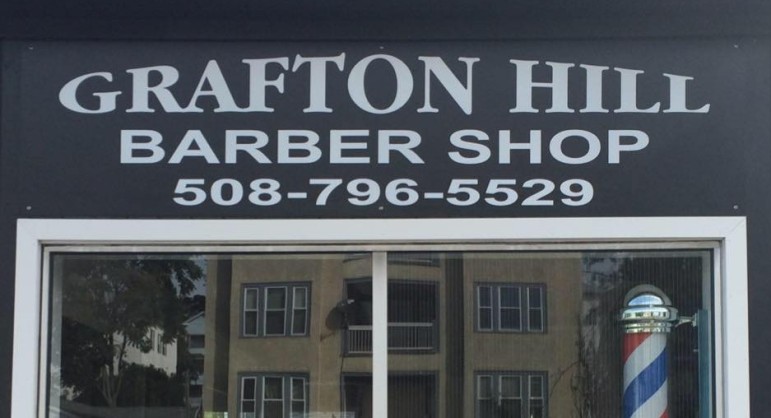 The storefront at 120 Hamilton St. gets a second chance, just like its new owner.

“It’s always been a dream of mine to open up a shop in the area I grew up in,” he said.

Even though Joinville says business has been nice and steady the first few months, it’s taken him several years to get where he’s always dreamed of being.

In 2007, at age 23 and with no criminal record, Joinville found himself in trouble with the law and was sentenced to prison.

Since then, Joinville says he has learned from his mistakes, and he has been able to start a new family and new business.

“There’s more to life than getting into trouble. Life is a precious thing. Living life by being positive is an important thing. I want to be a positive role model for my kids and give back to the community that I grew up in. Basically, make things right and pay it forward,” he said. 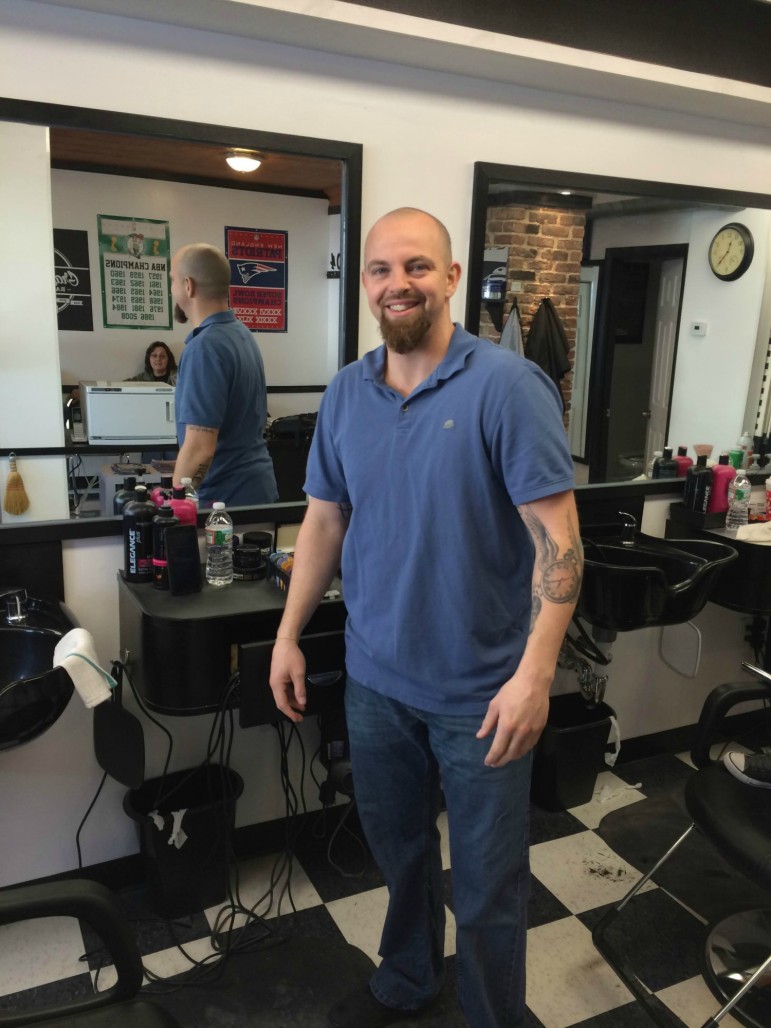 Joinville lives in Worcester with his girlfriend and high school sweetheart Andrea Moberg, his stepdaughter, Angelise, and his 1-year-old son, Mac.

“My family has definitely opened my eyes to a much brighter life,” he said, “by providing them with a good life, and by showing them that mistakes can get you in trouble.

For the past few years, prior to opening up the shop, Joinville had been cutting hair out of his Grafton Hill home, which allowed him to not only build a clientele, but to bring those clients to the new location.

“Most of my guys are all appointment-based. Right now, we’re trying to build a walk-in customer base as well,” he said. “One of the conveniences we offer that a lot of other barber shops don’t, is that we do offer appointments.”

At Grafton Hill Barbershop, men’s haircuts start at $14, and both seniors and kids’ cuts are $12.

“We offer everything from skin-tight fades to regular haircuts, shaves, lineups, everything. I think one of the unique things we do here is offer a hot-towel shave. Not many places around here offer that,” Joinville said.

Joinville is joined by Bruce Cosenza of Worcester, who has 40 years of barber experience. Cosenza worked for 25 years at Mr. C’s Hair Salon in Webster Square, and then spent 15 years at another Webster Square shop, Clipper’s Hair Styling. Barber Nicholas Police is also part of the team.

Joinville worked with Cosenza for seven years at Clipper’s, and Cosenza is happy with the direction that both Joinville and the business are headed.

“I’ve been in the business for 40 years and I wouldn’t pick a better guy than him [Joinville] and wouldn’t do it with anyone except for him,” Cosenza said. “I’m very happy about him and about the business. We’re building the business. It’s going to take some time, but everything’s going very well.”

For roughly 20 years, the location of the new barbershop served as the home of T’s Hair Boutique. Most recently, the salon Shear Bliss made its home there. 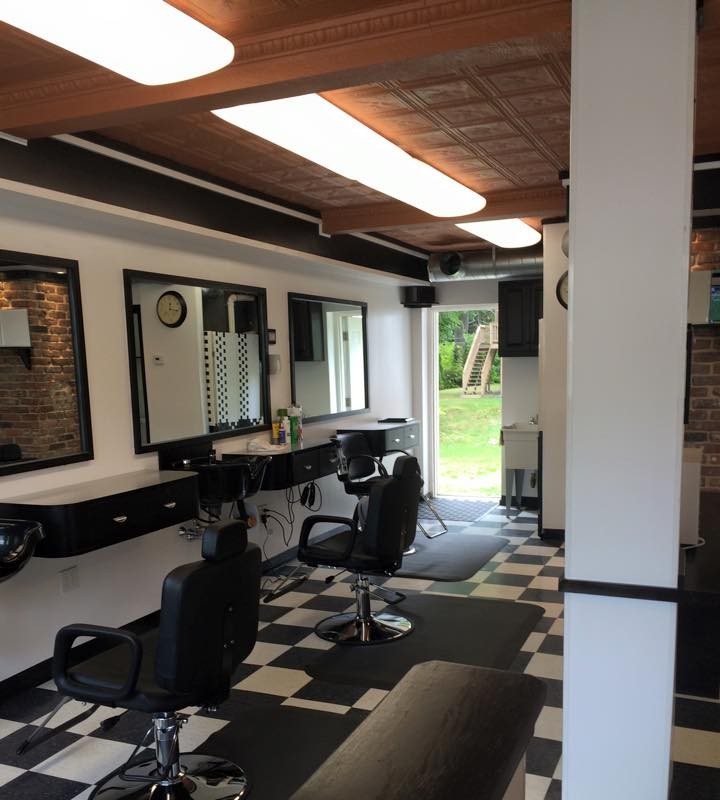 The old building was gutted and renovated, but kept some of its charm.

Joinville completely gutted and renovated the barbershop himself, he said, installing new walls and floors, and also restoring an original fireplace that has been part of the building since it was built.

“It isn’t a working fireplace, but it makes for a great conversation piece,” he said.

At the end of the day, Joinville hopes the changes he’s made at the barbershop, and more importantly in his own life, pay dividends for him and his family.

Joinville said, “This barbershop has been a dream of mine for a long time, and to see it coming to life is surreal. And especially in the neighborhood I grew up in and still live in. 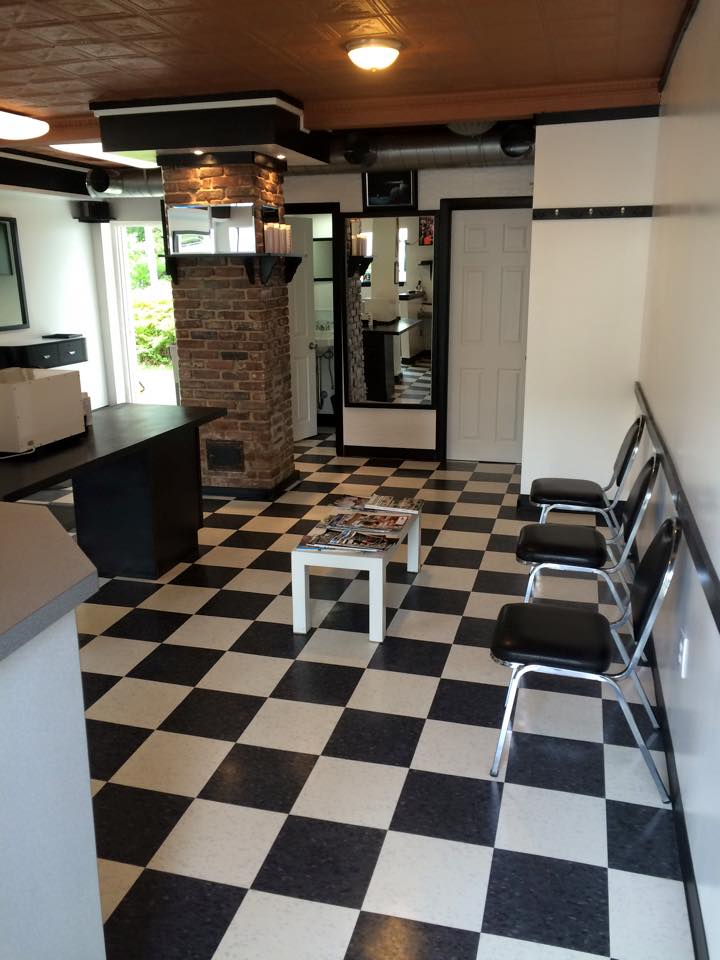 Open since October, the shop has a strong appointment client list but hopes to expand its walk-in base.

“I have been given a chance to right my wrongs and that’s what I’m doing,” he said. “I now have two kids and a fiancée who mean the world to me. Day in and day out, I strive to be a positive influence in their lives and show my son and stepdaughter that good things happen to good people, but most importantly to be patient, resilient and work hard, and goals you thought were unachievable will become attainable.” 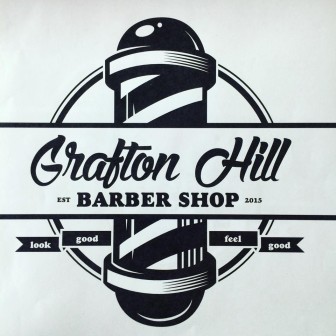 This article was originally published in the Jan. 3, 2016 edition of the Sun.