Freetown was like the opposite of a ghost town. It was just after the brutal civil war that left many maimed for no reason.

The war had drawn all the villagers to resettle there. It was overcrowded, and things became extremely expensive. The poverty on the street was visible. The place was filthy, with nearly every able body begging for their living.

A few had good jobs. Those were the ones who did not see the war as we saw it.

I was discharged when my [wound] was still not healed. “Treat it at home,” Dr. Bundu advised. I had no medicine neither did I have money to buy it. But there were some old friends and girlfriends who had not forgotten me. 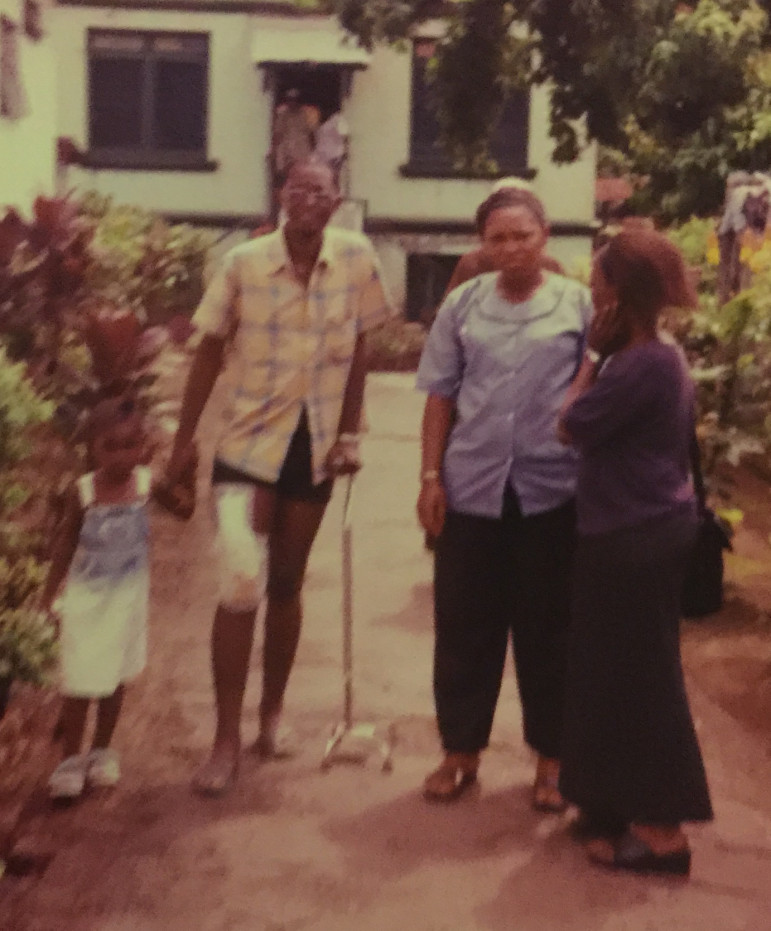 Augustine being discharged from Cupid Home

I had stood on the roadside in a busy crowded place called PZ wondering how and where I would be able to go when everybody was rushing for a single taxi that took five passengers.

My daughter, only three years old, was with me. She bore all the pains with me. There was no food with us or money to purchase it. I did not know where to go.