Not yet a subscriber? Memberships are $2 a week with no recurring charges.

Checking under the lid on city’s donation bins |  Some elected officials and local business owners believe companies shouldn’t be allowed to profit when many of these bins serve as dumping grounds for household trash. Companies that own the bins argue they serve a charitable purpose and the city could be doing more to end the illegal dumping by residents. Patrick Sargent reports. 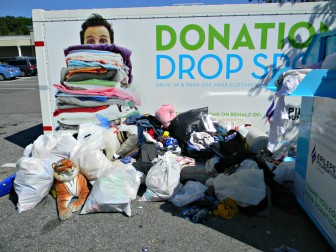 Sina-cism: Bernie — mostly wrong, but very sincere |  I agreed with several points Sanders made [Saturday at North High], including that our nation should emphasize education over incarceration. But agreeing with a diagnosis of a problem doesn’t mean agreeing with the prescription to address it. … Chris Sinacola has just what you need if you want to stop feeling that Bern-ing sensation*.

*Must have proof of valid, up-to-date Hillary vaccination. 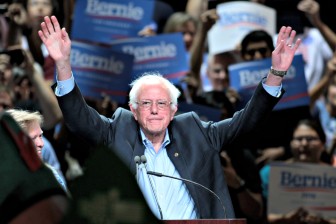 Sun Spots with Hitch: Vol. 21 |  While many friends and coworkers scuffle their way to full conciousness as their holiday hangover lingers; and others revel in the promise of resolutions or the simple prospect of a fresh start, there are sobering realities that should not be forgotten. With an assist from the district attorney, Hitch draws you back to a reality that can’t be resolved away with the flip of a calendar.