Up Next: City halts Mosaic’s work on Prevention and Wellness Trust Fund; Gaffney asks for another audit |  The embattled nonprofit has not been able to live up to the terms of its agreement with the city and state, now faces further scrutiny from the administration and City Council, and awaits a new contract. Patrick Sargent has the latest. 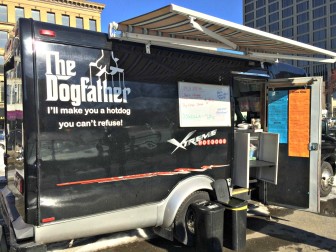 The Dogfather is, well, the godfather of Worcester food trucks.

Dogfather to keep ‘enemies’ closer with food truck commissary |  Mark Gallant, owner of the popular family of wiener-slinging vans, has a vision to draw together local food trucks to team up for training, bulk purchasing and more to improve the scene in the city. “My main goal is to help aspiring food trucks to navigate the permit process and get started on their dream.” Patrick Sargent gets a sit-down with the boss, and lives to write about it.

Sina-cism: For toxicity antidote, see 1898 |  Why can’t a political party have a spirited and serious discussion of their front-runner without one side resorting to name-calling? Well, because, the days are gone when leaders spoke like this: “Persecution for opinion’s sake, whether by pains and penalties of the law, or by social ostracism or boycotting, or other uncivilized means and methods, has had little place here.” Chris Sinacola introduces such a man, while dispensing equal doses of history and reality. 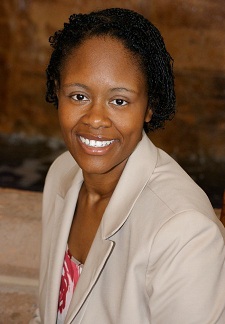 Malika Carter begins her job as the city’s chief diversity officer on Feb. 8.

Editorial: A ‘more inclusive and more equitable’ Worcester |  City Manager Edward M. Augustus Jr. recently notified the City Council of his administration’s gains in making the city “more inclusive and more equitable,” including the hiring of Malika Carter as the city’s first chief diversity officer. We look at the self-proclaimed progress and point out what’s missing. 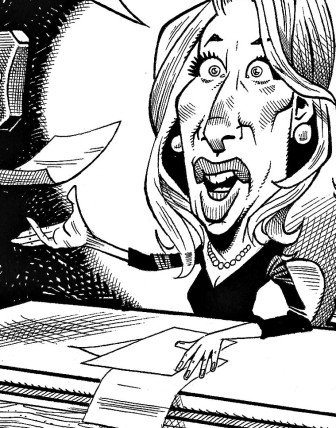 Sun Spots with Hitch [Vol. 28]: The island of misfit ideas? |  Some endangered species are easy to warm up to, like the Giant Panda or sea lions. A panda refuge in my backyard? Sign me up! Rattlesnakes, though, are generally receiving a somewhat cooler reception. Of course, the idea of venomous crawlers slithering around an island in the middle of the Quabbin Reservoir could be uncomfortable for … y’know, everybody! Fear not, Hitch has an idea. 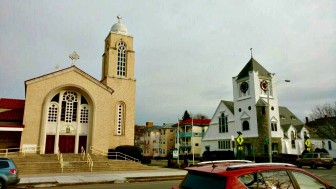 St. Spyridon well-positioned with public school bids |  St. Spyridon Greek Orthodox Cathedral, previously the location of a satellite high school program, was the only entity to submit bids to house overflow elementary students and a proposed Worcester Public Schools advanced academy. It also has the support of a top school board member. Patrick Sargent reports.

Local Crowdfund: UMass professor collaborates on the science of caring |  In conjunction with UMass Medical School Professor Raffi V. Aroian, researcher and teacher Haig Alexander Eskandarian is parlaying his passion for biology and concern for his homeland into an ambitious (and growing) initiative to bring modern research and equipment to Armenian students who otherwise would have no access. 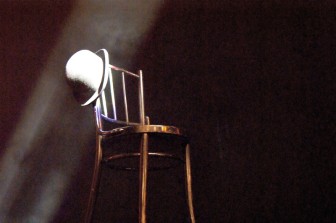 Worcester Weekly: Six (-ish) things to do, Jan. 31-Feb. 6 |  This is totally the baker’s half dozen of Worcester Weeklies. Can’t blame us, really. It’s an important week for the city’s future, seein’s how the foundation for the schools superintendent search is going to be laid midweek. Worry not, middle-aged hipster, we have fun too: a new exhibit lights up the Aurora; yoga for the bros; “Chicago” for the win, and more. Don’t miss out! 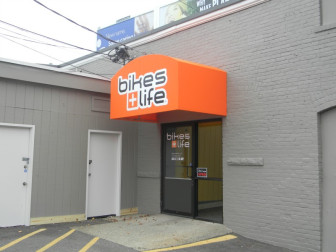 Bikes and Life has taken over the iconic Bicycle Alley’s location, but much of the experienced crew that came before have stayed on.

Local Business Spotlight: Bikes and Life
“The guys in the shop are a special group. Five of the six guys that I inherited have 108 years experience in the bike industry,” said CEO John Antretter of the team his new Webster Square shop was able to hold over following a transition from the iconic Bicycle Alley. Check out how a lifetime of experience and a renewed focus on community have this niche business rolling into the future. 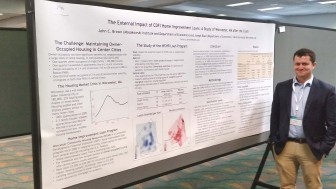 Worcesternomics: Improving housing prices, one loan at a time
A groundbreaking study from a recent Clark University graduate showed the positive effects of home improvement loans on housing prices. We discuss the study and its ramifications with the author, Joe Biasi.