Sun Shine: Compassion, help at any hour from Pathways for Change |  “The very first thing that came out of this agency was the hotline. It was the hotline first, and then the agency built up around it,” says Heidi Sue LeBoeuf, counseling director. Founded in March 1973, Pathways for Change was one of the first rape crisis centers to open in Massachusetts. Patrick Sargent tells us more about the dedicated folks behind such an essential service.

Sina-cism: Of Antioch and Aleppo |  The mosaics of Antioch past and the rubble-strewn streets of Aleppo present a stark contrast, but history’s long lens shows that both cities have seen splendor and horror throughout time. This shared past provides context and allows for reflection in light of the global refugee crisis. Chris Sinacola takes a trip to the museum.

This week we introduce the first in an occasional series of free, original offerings. These articles may come in many different forms: they may be no more than notices or news releases we feel deserve attention; or they may hold such a weight that we feel it imperative to share with as many readers and friends and concerned citizens as possible. As you’ve surely noticed, the Sun continues to evolve. This is merely another step. Today, our first free original is a commentary that adds important perspective to the roiling discussion surrounding Syrian, and other, refugees. 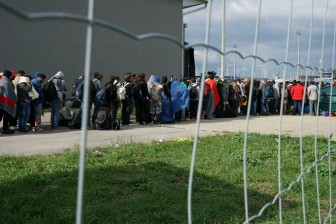 Welcoming refugees in U.S. is the better way |  The engagement of resilient immigrant populations is characteristic of our success as a nation and essential to our position in the world. Today’s national security challenges may be more dynamic, more consequential or more insidious than in the past. But pinning fear about security on refugees is illogical. City attorney Alex Mooradian tells you why.

Sun Spots with Hitch: Vol. 14 |  The City Council finally took the tax-rate debate head on this past week. That went about as well as you would expect. In the light of other disturbing events in the city, Hitch was reminded that proper perspective — there’s that word again — is always warranted.

Editorial: On race dialogues, actions speak louder than words | To many resident of Worcester the seven community dialogues on race that ended in July are a distant memory. Residents should be heartened by the progress made and the promise of progress to come. However, there’s something missing in the city’s strategy of ensuring Worcester better serves its diverse community. We say what that is and how it could fulfill the city’s goal. 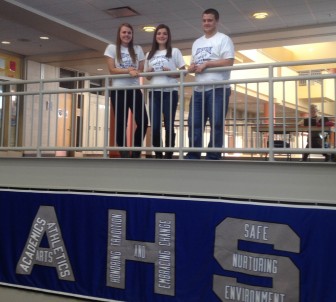 The Score with Ken Powers: Students launch effort to help Nikki Berthiaume |  KP gets the scoop on a set of student-athlete leaders planning to ignite what could be a new, and generous, tradition. Then he breaks down the latest dart toss of the MIAA in that constant churn known as football division realignment. Tighten your laces and get in the game.

Part 6: The Secret Visit to Freetown |  My old clothes were packed in a little briefcase. I had bought a few items for anybody I would find who could keep me in their home. While in the air my heart and mind went to many of my friends. However, those who were in Freetown had been killed by rebels when they attacked on Jan. 6, 1999. I quickly prayed for good luck. We landed safely, but in my heart I did not feel safe. Read the latest installment in the unbelievably true story of Augustine Kanjia.

Introducing the unbelievably true story of Augustine Kanjia
Part 1: The Decision That Saved My Life
Part 2: The Struggle for Survival in a Strange Land
Part 3: Good luck, bad luck, who knows?
Part 4: The Smoldering Bitterness of Enemies
Part 5: The Soccer Match That Saved My Life 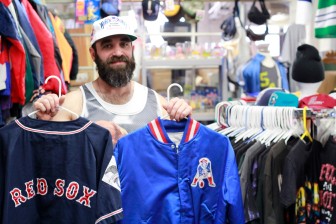 Joe Abramoff shows off some of the wares you might find at Allergic to Cubicles on Chandler Street.

Local Business Spotlight: Allergic to Cubicles |   If you’re looking for the soft texture of 50/50 T-shirts that reigned in the ’70s or the iconic Pat the Patriot satin throwback Starter jacket that dominated the high school hallways of the early ’90s, then Allergic to Cubicles is the place to spend countless hours rummaging through classic fashion gems. Giselle Rivera-Flores channels her inner hipster to properly scrutinize this new Chandler Street store.

Worcester Weekly |  Don’t be fooled by the weather, it is time to shift into high holiday gear. That’ll be obvious once you get through another magnificent edition of Worcester Weekly, where we shuttle you from one Celtic/Irish celebration of song and dance to another. And, some other good stuff, too. If you make it out of this week without at least five classic tunes permanently stuck in your head, well, we’ll just have to try harder next week. 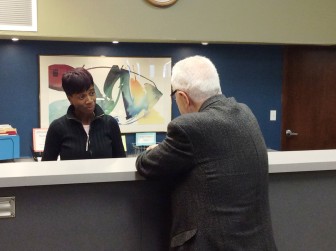 Sun Shine: WCAC program helps thousands in need stay warm
While social media accounts across New England debated the merits of turning up the thermostat before November, many of our neighbors face a much more daunting dilemma: What bill don’t they pay to turn on their heat at all? A long-running Worcester-based program has helped thousands of families answer that question over the years. 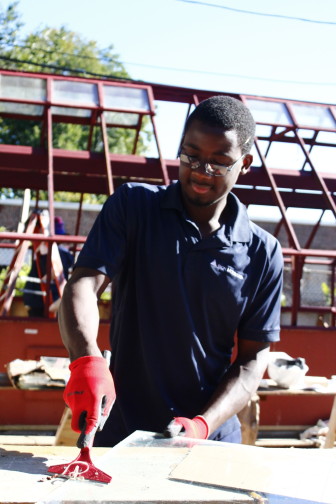 Local Crowdfund: Tending seeds of progress
Standing tall, with a high level of assurance, six students work diligently on the latest project presented to YouthBuild by Worcester Roots Project and the Stone Soup collective. While at first glance, the end result will be a modern greenhouse, this pilot project’s deeper mission is to build a cooperative business and enhance the livelihood of the area’s youth, all while providing healthy, affordable food to folks who have trouble finding those things.