The house at 6 Rollingwood Drive is typical of the other comfortable homes that dot the suburban landscape of upper Salisbury Street.

Yet, to the four women who live there, it’s more than a shelter.

Rather, it’s a place of hope and healing. a quiet oasis where the women can mend while trying to restore a sense of normalcy to their shattered lives. 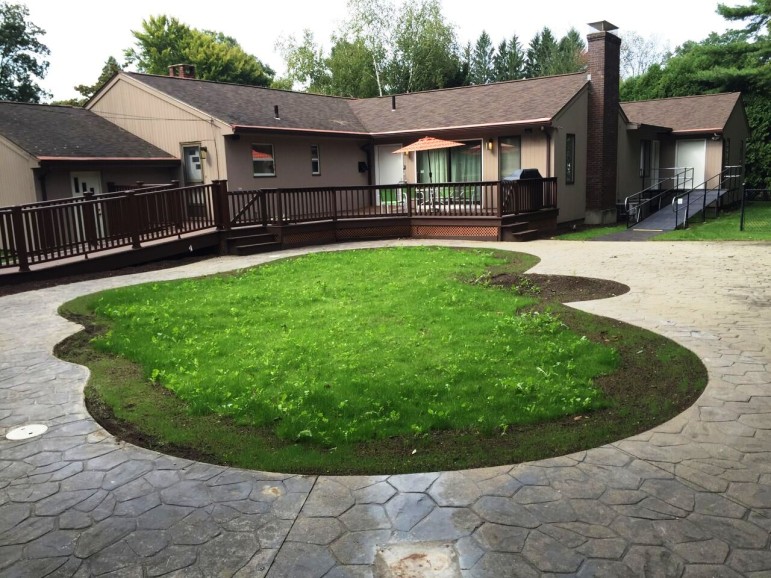 The backyard of Advocates’ new program home, for women with traumatic brain injury, in Worcester.

Each has sustained a traumatic brain injury.

The brain injury facility, located in an oversized single-level house near Flagg and Salisbury streets, was opened in September by Advocates, a large Framingham-based social service provider that was founded in 1975.

It is the first one located by the nonprofit in the Worcester area. A second, which will be sited in Paxton, is expected to open its doors shortly.

“We work to help these individuals regain their independence,” said Michelle Demore-Taber, the organization’s director of brain injury services.

Advocates offers a wide swath of services and programs to people facing developmental, mental health, addiction and other health challenges.

But agency officials said their brain injury facilities are especially important, filling a great need for those seeking to transition back into the community from institutionalized settings.

Sites for brain-injured clients are typically located by Advocates in residential areas that offer amenities such as public transportation, shopping, libraries and other community resources. 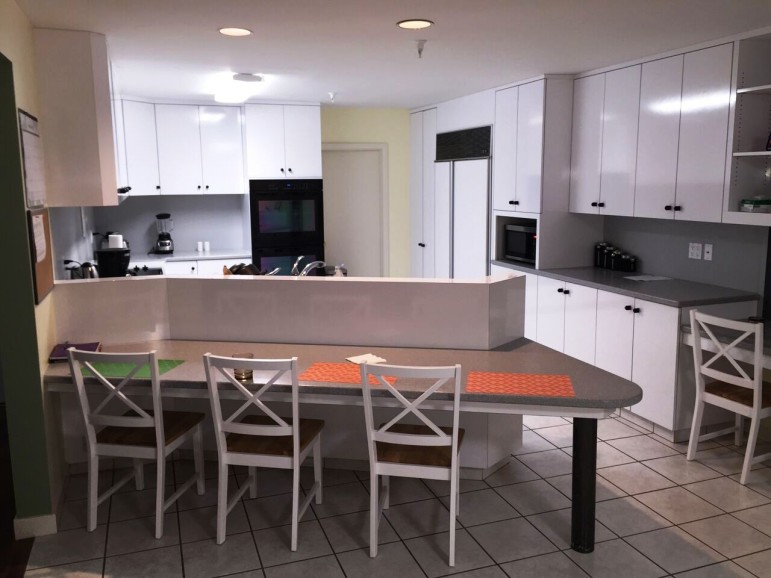 The kitchen of Advocates’ new program home in Worcester.

The homes, which are designed to shelter around five people, are staffed around the clock by health professionals, and they offer skills training, recreation, health management, vocational services, and other support.

“The homes are set up to help the individuals reintegrate into society,” said Emma Willis, a spokeswoman.

Clients in the program have suffered brain injuries from accidents or from health issues such as strokes.

The women at the Rollingwood site, all former nursing home patients, have begun to settle in and they were not yet comfortable to talk about their situations, a spokesman said.

But officials said the lives of those residing in their brain injury centers generally mirror those living in the general population.

They get up in the morning, shower, and prepare for the day. Some will volunteer at other organizations while others will undergo physical therapy. Some might take part in day programs for adults. Many strive for a job.

At Rollingwood, the women are now thinking about how to landscape their yards.

“The aim is to get these individuals back into the mainstream,” Demore-Taber said. “We work with them at their own pace.”

She said many brain-injured individuals need the specialty care offered at long-term rehabilitative facilities. But others are looking for centers that allow them the chance to work at getting back to their old lives.

The Rollingwood site is staffed “24/7” with two health professionals on hand per shift. Nurses and the program director are on call and other help is brought in to care for specialized needs.

There are plans in the works to get students from nearby Assumption College and other schools, who are enrolled in health and human service related fields, involved. The organization also hopes to utilize resources offered at the University of Massachusetts Medical Center.

In Massachusetts, the Rollingwood Drive facility, and others like it, came about largely as a result of an agreement hammered out in 2013 between state officials and the plaintiffs of a federal lawsuit. 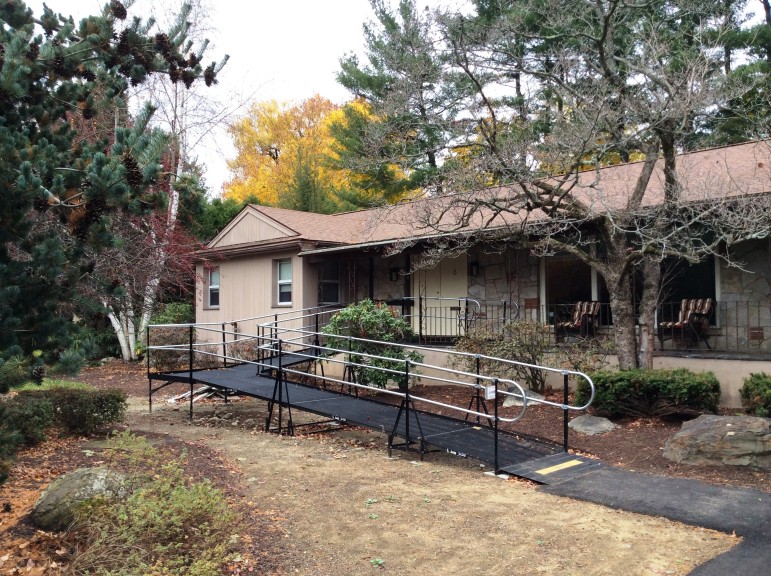 The settlement of Hutchinson v. Patrick financially ensured that those with severe brain injuries, with the help of family, friends and support programs, had the opportunity to live within the general community rather than in an institution.

The plaintiffs, in the suit filed in U.S. District Court in Springfield, had charged that Massachusetts violated the federal Americans with Disabilities Act by not adequately providing community services to thousands of people with brain injuries, who were living in rehabilitative facilities across the state.

Under the deal, the state agreed to use money from the Money Follows the Person demonstration program and other federal waiver projects to provide residential and nonresidential supports for hundreds of Medicaid-eligible people with brain injuries that were residing in long-term rehab facilities and nursing homes.

At the time of the settlement, the project, nationally, helped about 35,000 people with chronic conditions and disabilities to transition from traditional rehabilitation facilities to community settings.

Advocates serves several communities in eastern and central Massachusetts. It employs about 1,000. In addition to residential facilities, it provides outpatient services that include job training, substance abuse treatment, legal help and health screenings.

Officials of Advocates said that the organization’s Brain Injury Division began in 2007 and has grown rapidly.

There are homes, some of them co-ed, in Framingham and Rockport. Three others are expected to open in Paxton, Framingham and Beverly by the end of June. The Paxton center is scheduled to begin operating either next month or in January.

The program serves adults, and the oldest resident is 91 years old.

This article was originally published in the Nov. 8, 2015 edition of the Sun.