So what happens after you’re named Worcester’s best chef of 2015? Well, if you’re Tim Russo, you become the head chef of the soon-to-open Lock 50 restaurant in the heart of the Canal District. 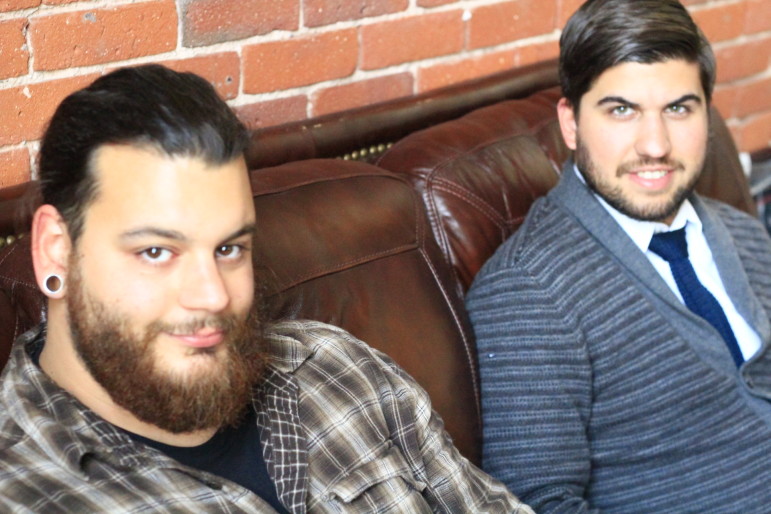 With more than 15 years of cooking experience, most recently at Shrewsbury Street’s Volturno, Russo has honed his skills through practicing Italian, Cambodian and Indian vegetarian styles. Learning the ropes of the culinary business and establishing himself as a chef of diverse talents led Russo to cultivate a new endeavor: to bring back to life the history of the Blackstone Canal District through the tastes of contemporary American dishes.

“Growing up, I was not like most kids. Instead of watching cartoons, I spent my days watching cooking shows of Julia Child,” Russo says. “My grandfather and father watched cooking shows all the time. At the early age of 5, I knew I wanted to be a chef. As time passed, I applied for Worcester Vocational School to study culinary. I did well in school and after graduation, I went to Johnson & Wales [University] in Rhode Island.”

After the Water Street property was purchased by Russo’s uncle, Ed Russo — a city businessman and member of the Canal District Alliance — the notion of becoming head chef convinced Russo to take a next leap of faith and attempt to create a place inspired by his own flair.

“My uncle bought the place and wanted to turn it into an Italian restaurant. After I was given the opportunity to become head chef, I told him not to open” it, muses Russo. 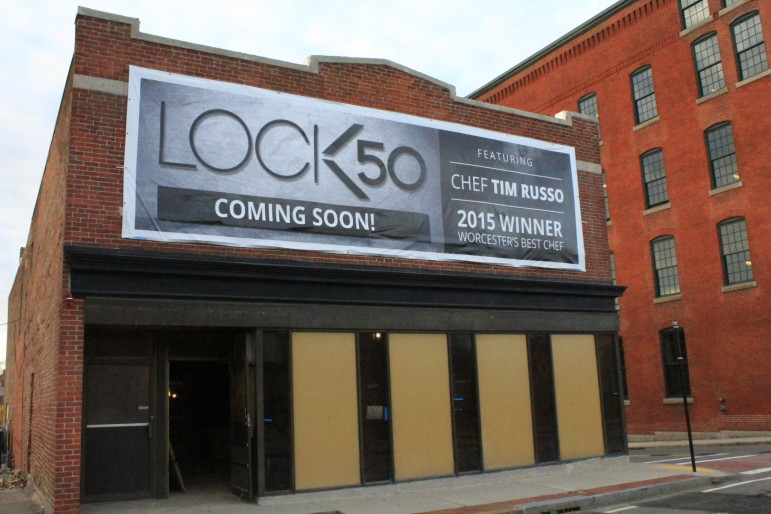 “I have a strong Italian background. I learned to cook Italian food from an early age and when I started to work at Volturno’s, I learned more about authentic Italian cuisine,” he says. “I wanted something a bit more original and I thought that a contemporary American restaurant would be a better fit.”

Russo’s work ethic, passion for distinguished tastes and culinary acumen paid off in a major way at Volturno, when he was crowned Worcester’s Best Chef in this year’s Chopped-style competition. Russo worked under the winner of the 2014 Best Chef award, Neil Rogers, at Volturno for almost two years, when he was presented with the break to become a participant.

“Winning the Best Chef award solidified my ability to take on this project,” says Russo.

So where does the name Lock 50 come from?

The Blackstone Canal stood as both a major feat of engineering and an even more consequential trade artery between Worcester and Providence during the Industrial Revolution. There were 49 locks along the man-made route. The locks were used for raising and lowering boats, ships and other watercraft between stretches of water at different levels.

“Since there were 49 locks along the canal and our space is located on 50 Water St., it was only right to name it Lock 50,” says Studer, a Johnson & Wales University grad.

Lock 50 will breathe culinary artistry into the streets of the Canal District. Its unique combination of offering a relaxed setting for breakfast and lunch while shifting the atmosphere to an intimate dining experience, serving up the flavors of fresh foods from local farmers for dinner, can be the competitive advantage it needs to position itself as the newest hot spot in Worcester’s foodie culture. “Our rustic feel will be a part of our dishes,” says Studer.

With a background in food and beverage management, Studer jumped at the opportunity to manage the coming-soon corner spot.

Russo and Studer seem to complement each other with their visions of Lock 50. While still working out the kinks of the creative menu, Russo explains that his dishes will remain nameless. “I am personally not going to name the dishes. The menu will list the foods as they are,” he says.

Studer is in charge of the Lock 50 bar, which seems to be the apple of his eye. “I am going to bring some drinks to Worcester that no one has ever seen before,” he says, adding that the bar itself will take a backseat to the drinks being served. “The bar will remain small and intimate,” he says, “but will offer some amazing cocktails.”

Until January, Lock 50 will keep its unsolved mysteries under wraps as the team continues to develop the menu and atmosphere of the restaurant. 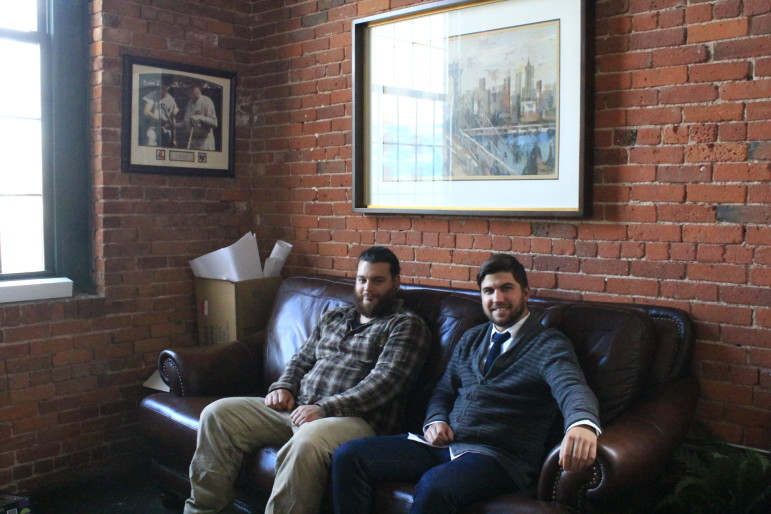 Lock 50 chef Tim Russo, left, and general manager Tom Studer spend a rare moment at rest amid their preparations for a January opening.