Torn apart by an overwhelming streak of unforetold events and catalyzed by the 1979 Soviet invasion of Afghanistan, Omar and Fowzia Sherzai lived separate lives for more than two decades before reuniting to beat the odds and continue to follow the path of their dreams.

“We were separated for 23 years,” says Fowzia.

“We were childhood friends. We were raised together and spent the days playing together. Our families were always close and stayed in communication through it all, but we were separated because of circumstances” and did not see each for all that time, she says. 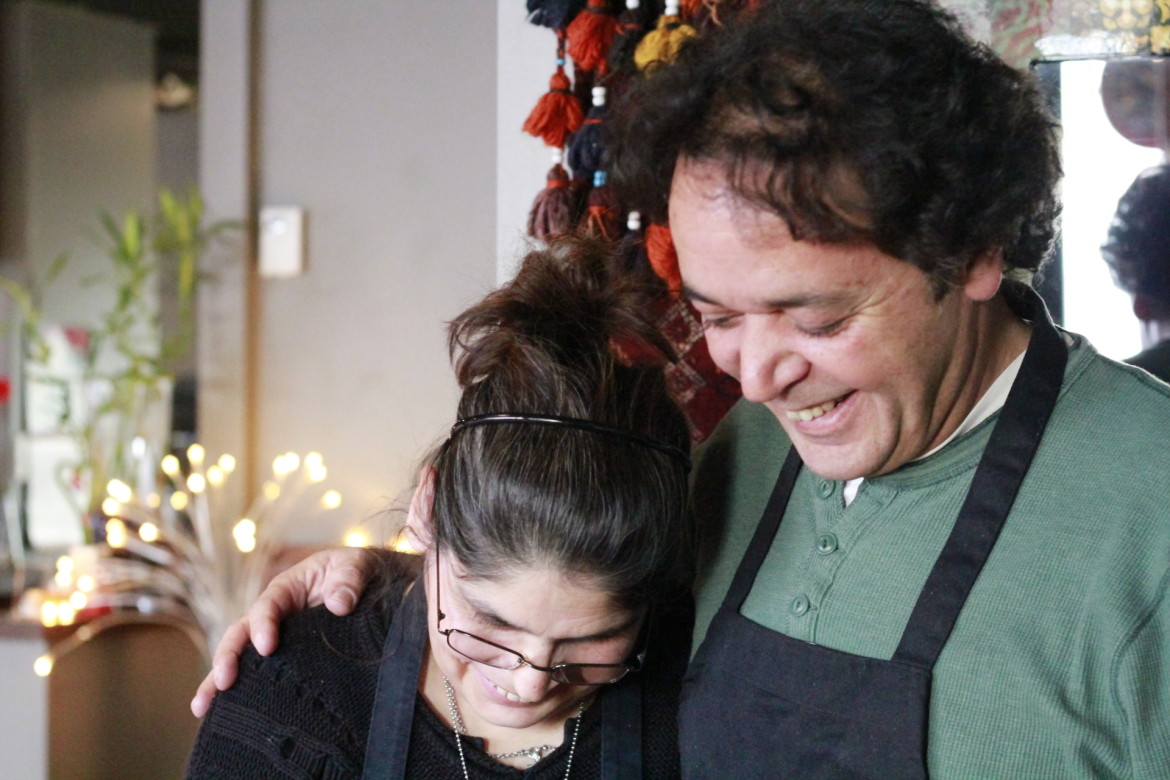 Fowzia pauses, thinking of her past and reflecting on the importance of her relationship with her family, husband and children. “We met again through a family gathering, and a year later we were married,” she says of Omar. “We have been together since then. A total of 25 years.”

In 2012, their harrowing journey found a distinct destination at 119 Shrewsbury St. — nestled snugly between Ralph’s Tavern and Wonder Bar, and in the shadow of 111 Chop House — where the couple opened Pomir Grill.

The road to get there was fraught with detours.

With socioeconomic changes happening in Afghanistan in the 1980s due to war and the rise of the anti-Soviet Freedom Fighters Front, families were torn apart and subjected to recruiting efforts to join the resistance. For Omar, his life began to change when the recruiters overlooked him while canvassing at his school. His mother, determined to keep her son alive and well, emigrated to India and ultimately to the United States.

“I was fortunate to have been raised by the women of my family. I was surrounded by my great grandmother, grandmother, mother and mother-in-law. … I became interested in the cooking and preparation styles of our cultural food. I began to see that the Afghanistan cuisine was a food of the mind. We did not measure with cups and spoons, but instead with our mind.” — Fowzia Sherzai

Since the early ‘80s, Omar established his life in the States, between New York, California and Massachusetts. Upon arriving in Massachusetts and reuniting with his love, his life was on the verge of major changes.

He worked as an auto technician for several Mazda dealerships in and around Worcester for more than 20 years, until his passion began to fuse with Fowzia’s seminal interests and the concepts behind the creation of Pomir Grill were born.

In 2004, the journey to establish the presence of Afghanistan cuisine began, but neither Omar nor Fowzia could foresee the idea of owning a family restaurant.

“I was fortunate to have been raised by the women of my family. I was surrounded by my great grandmother, grandmother, mother and mother-in-law,” says Fowzia. “Although my passions were in fine arts, I became interested in the cooking and preparation styles of our cultural food. I began to see that the Afghanistan cuisine was a food of the mind. We did not measure with cups and spoons, but instead with our mind.”

Surrounded with love and support, Fowzia began to master the art of her food and became passionate about showing her love to others.

“In 2004, we began to prepare food and enrolled as vendors” in the North Quabbin Garlic & Arts Festival in Orange, she says.

“At first, we were hesitant because of all of the media coverage and the situation at the time in Afghanistan, and how we were being perceived as Afghanistan people,” Fowzia recalls. “When checking off the boxes on the event form, Omar was hesitant to list us as ‘Afghanistan cuisine’ but I told him that we had to. I said to him ‘That is who we are.’

“Shortly after starting the event we became a hit, and many customers began to ask about where our actual restaurant location was located,” she says. “We didn’t have an actual location and were in the event as a vendor to test and see if anyone would even want our food.”

She recalls a specific customer at the event who asked a lot of questions about the location of Afghanistan and about who they were. The customer reassured them that not only was the food delicious and fresh, but that it was extremely important to be proud of their culture.

After several years of testing the market and participating in the garlic festival, Omar and Fowzia began to search for commercial space for their restaurant.

“We saw so many spaces,” says Fowzia. “At the time, I was working at the Worcester Public Library as a children’s librarian and we were searching for commercial space on the weekends. Our broker found this space, and we thought we wouldn’t get the space. There were so many offers made to the owner for the space, but I think that it was all meant to be. It was a blessing because the owner chose our offer.” 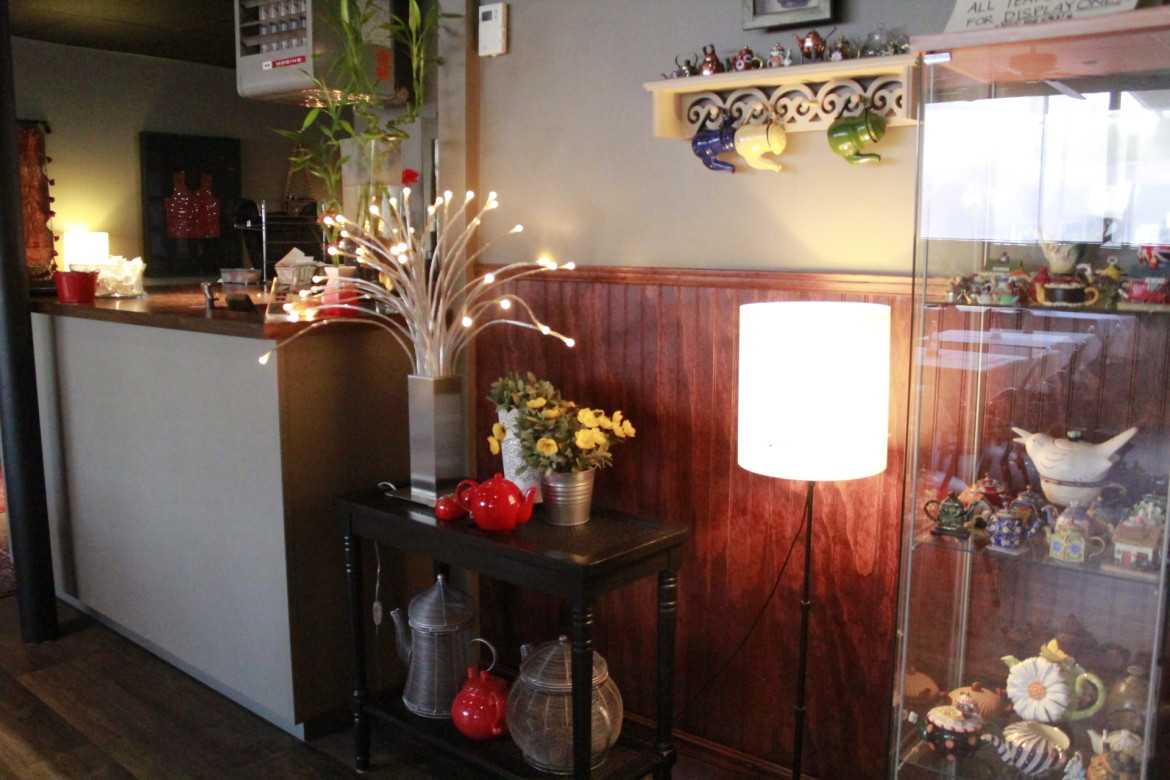 They opened Pomir Grill in 2012. With the help of Fowzia’s mother, who still helps in the kitchen; and their two daughters, who help with the serving and cooking; they have had a great response from the community.

“Once again, we were faced with writing ‘Afghanistan cuisine’ and associate the type of Afghanistan that was seen on TV with who we were,” she says. “When making our banners, we knew it was something we had to [do], but we were nervous.

“Until this day, we have never received a bad comment for who we are,” Fowzia notes. “We have not received negative feedback from the community and we have actually been embraced by the local universities, professors, students and doctors from the area.”

While Pomir Grill remains relatively new to the Shrewsbury Street scene, one thing remains clear and surpasses its time as a business: the freshness of its cuisine.

Each meal is made with food from local farmer’s markets, and can take up to 4 hours to prepare and cook.

“I come in every day around 7 a.m. and start to prepare and cook meals. Once we open at 4 p.m., we start to receive the rush of orders. We want the customers to taste the care and freshness that is in every meal,” says Fowzia. “Some customers have loved our food so much they have offered to buy our homemade sauces.”

With little free time, Fowzia has shied away from selling her sauces. She has been asked to host cooking classes by many patrons and is now facing a decision about taking her business to the next level.

Maybe some weekend cooking classes at the Pomir Grill will be a new favorite destination for Sunday afternoons. 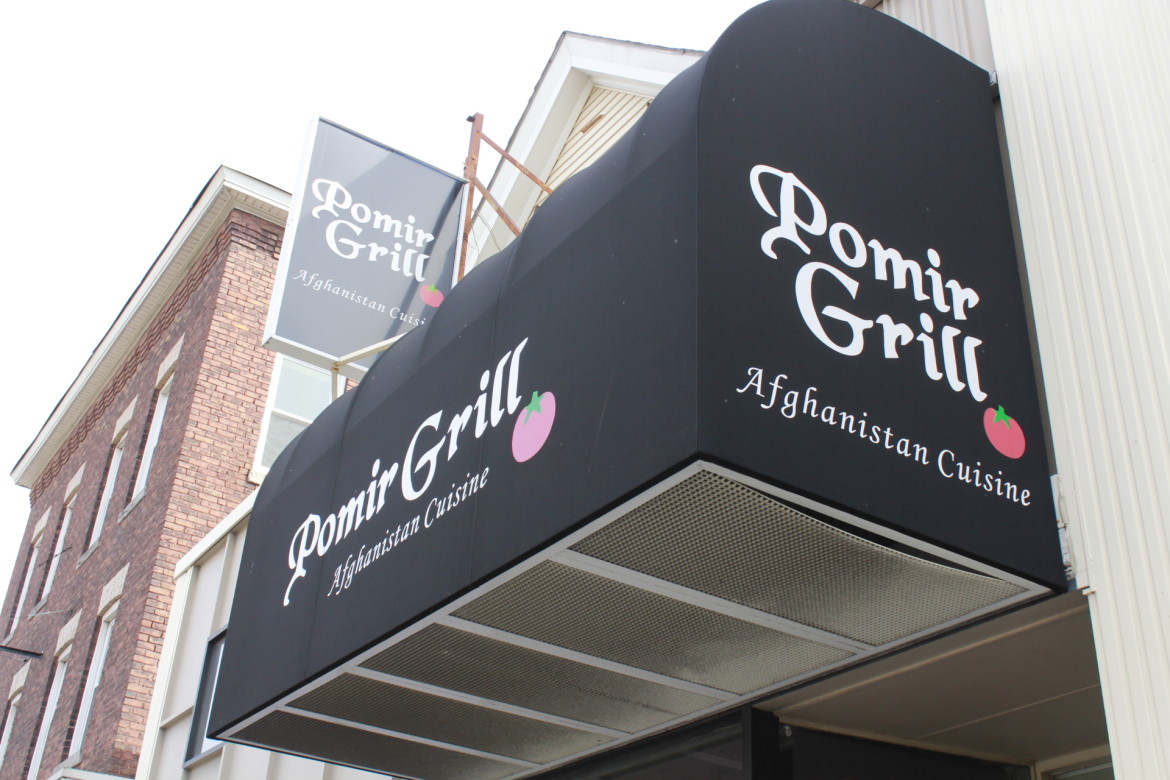 This article was originally published in the Nov. 1, 2015 edition of the Sun.