It’s about 1 p.m. on a recent Thursday, and although it’s midday and the late-summer sun makes it pleasant to be outdoors, there are few lunchtime pedestrians strolling about downtown’s Federal Square.

The area storefronts are nearly empty of patrons.

Inside the family-owned Modelo clothing store at the corner of Main and Federal streets, the twentysomething female cashier has little to do and occasionally gazes out a window while a lone customer browses through the many racks of stylish young women’s attire.

A second clerk, with no one to help, busies herself by spiffing up the aisles.

“We’ve been slow,” said Han Kang, the manager of Modelo, as he looked about his spacious, attractive and brightly lit storefront. 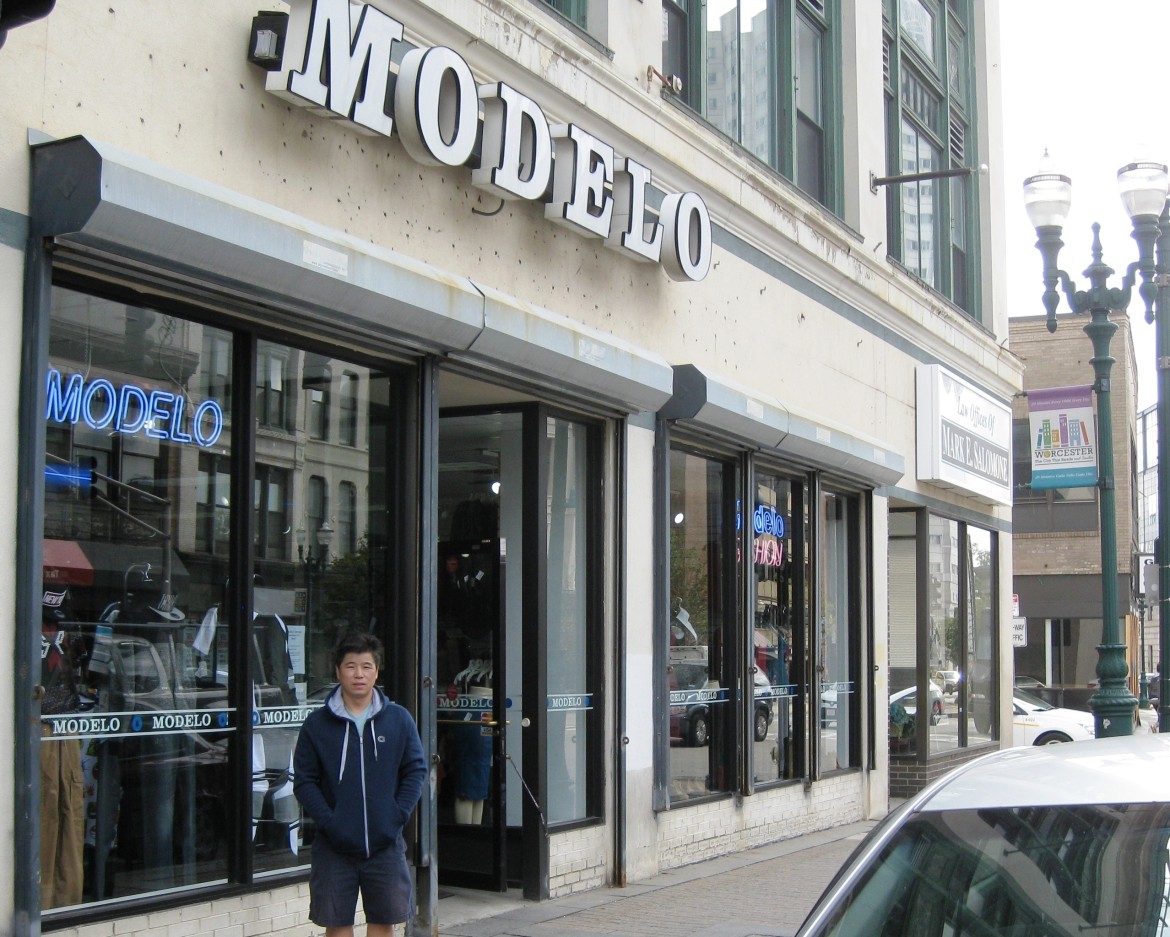 Han Kang, the manager of Modelo, says a lack of foot traffic on Main Street is impacting his business.

Modelo, which also has stores in Medford and Lawrence, has been in Worcester about 15 years and was previously located further north on Main Street past City Hall.

Mr. Kang said that, over the past couple of years, business has been steadily declining, and after the office workers head home in the evening, the nearby downtown sidewalks are nearly void of foot traffic.

“Businesses here are having trouble,” said Kang, who said he still remains optimistic that things will turn around as more and more students from the area’s colleges move downtown and hopefully frequent local businesses.

Storefronts are considered by many urban planners to be the commercial bloodlines of a municipality. Those who study the economics of cities believe that they accurately gauge a community’s real business and financial vitality.