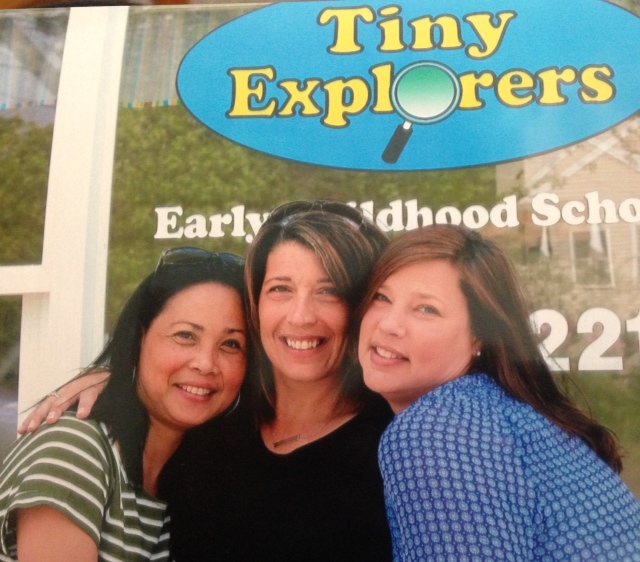 Tiny Explorers Early Childhood School co-owners, from left, Evelyn McConville, Jenn Ward and Lisa Prodromidis agreed it was the right time to strike out on their own.

Local Business Spotlight is a regular feature profiling a newer business in the city. They may have a unique story to tell, innovative products or services, or something else that sets them apart and maybe deserves a little attention. If you know of a new business that fits this mold, tell us about it at info@worcester.ma.

So, you have a good job, fulfilling even, doing something you’ve always wanted to do. It’s hands-on and brings an evolving set of challenges, but you love it. You even wrote about it in your high school yearbook. Your kids are growing and the nest is getting emptier by the summer. Soon your ball-playing boy, your youngest, will be off to college.

Time to take it down a notch, sock away some extra dough and start looking forward to your long and glorious retirement. Right?

You’ve heard someone say, “Life is about the journey, not the destination.” Or maybe you’ve seen it on a motivational poster, the words about to be lapped up by waves rolling onto a pristine beach, footprints heading exactly where they’re supposed to go. Either way, you’re familiar with the sentiment.

For Jenn Ward, and her two partners at Tiny Explorers Early Childhood School, creating a new childcare and learning center was, indeed, mostly about the journey. But the destination was much more than a footnote.

“As soon as we walked in,” Ward says, “we knew it was the right place.”

Along with co-owners and partners Evelyn McConville and Lisa Prodromidis, Ward had scouted a location for their new venture on Mill Street. Later that week, the building at 1078 West Boylston St. lost a tenant.

As it happens, the owner of the building is none other than Prodromidis’s husband, Peter, who also owns Lou Roc’s Diner next door. What’s more, the space offered the trio everything it was looking for. Plenty of room for the kids, and even some to grow, and a prime location on Route 12, not far from Interstate 190, chief among the benefits.

“This location is phenomenal. I just love everything about it,” Ward said in her cozy corner director’s office last week, a pleasant breeze trickling in from the West Boylston Street traffic through her front window; an occasional head from a parent or one of the 16 kids who enrolled for summer craning inside the doorway for a quick hello.

Timing, as it often does, conspired as well. Ward had spent the past seven years as preschool director at St. Spyridon Greek Orthodox Cathedral, where she began working with McConville and Prodromidis. There were no messy office politics or ulterior motives, Ward says. It was simply a feeling — and the constant nagging of that dream she’s always had.

“It was where my journey, my path, was headed,” said Ward, who was born in Worcester and graduated from Quinsigamond Community College. “It was the right time for me. There was no more room for me to grow there.”

The specter of striking out on one’s own has done little to spook the three equal partners, Ward assured. “It’s going to work for us. It’s our passion.”

Passion will get you so far. Planning is required. Focus is mandatory. A defining characteristic, something that makes a business unique, is the cherry on top.

While their husbands — Peter, Carl Ward and Fran McConville — rolled up their sleeves and spent most of their “free” time across 14 weeks preparing the center for its June 29 open (“They continue to support us through the summer,” Ward says, “they’re keeping our home lives functioning.), the partners honed their business plan and built a common-sense philosophy for educating and nurturing the children that revolves around “teaching to the individual child’s needs,” Ward said. 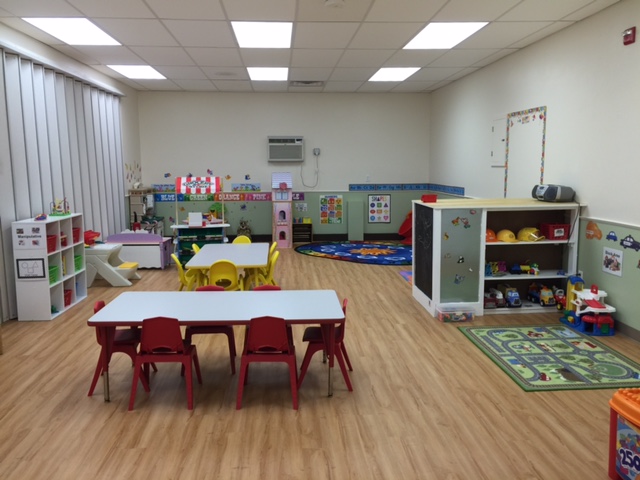 One of the classrooms at the new Tiny Explorers Early Childhood School on West Boylston Street.

“This, to me, isn’t a day-care center,” she said. “We focus more on development. We’re not babysitters.

“We wanted structure, we wanted learning.” They wanted, Ward continued, “a place we would want our own children to go to.”

With a planned child-teacher ratio of 1:5 for preschool and 1:4 for toddlers, Tiny Explorers aims to “foster the whole child” by building confidence and self-esteem through learning. The structure comes from a weekly study plan that will be sent home with parents. “It helps them talk to their child about their day,” Ward said. “Parent communication is a vital part of our program.”

Every day, there will be two teachers per classroom — preschool; and toddlers from 15 months — with a floating assistant for the 12 children who’ve registered so far. Each of the kids will receive a portfolio to which Ward and the teachers will add photos and monthly materials, like an art activity or learning tool. This will be presented to parents in their semi-annual meetings during the school year.

It’s all part of helping the child learn at his or her own pace, find their own path. “We’re not here to have them transform or be molded into something that’s expected of them,” Ward said.

The curriculum will include — along with weekly GoNoodle physical education classes and potential music and movement offerings by winter — a Second Step character education program once a week. The course aims to improve children’s social and emotional readiness for the next levels of education. “If we can do our part to prepare them,” that’s the goal, Ward said.

As for the center’s moniker, Tiny Explorers, well, it’s simple really. “We wanted a name that reflected our philosophy, Every aspect of early childhood is a new learning experience,” Ward said. “Children learn by hands-on exploration of the world around them.”

This article was originally published in the Aug. 16, 2015 edition of the Sun.