Long before the city held dialogues about race, Stacy Amaral knew how to break down barriers.

Amaral, a longtime teacher in Worcester Public Schools, understood the power of shared experiences. They bridge cultural and racial gaps, make a connection, “normalize” other people.

This understanding, and her natural curiosity about people from different places and different backgrounds, made her want to learn other’s stories and share them with the world.

“I have a family that is filled with immigrants from all over the world,” she said. “And I (was) always, even as a little kid, interested in their stories. 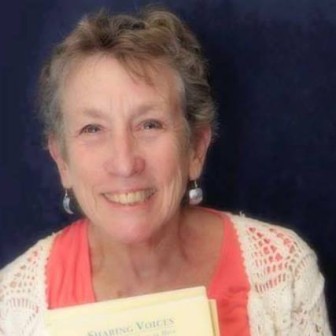 Two years ago, Amaral, who worked as an interpreter and counselor for foster and homeless children, set off on her quest to learn and share stories of people she knew and met in Main South.

“It was very intense,” she said of the interviews. “First of all, I knew everybody. It was intense because for some people it was difficult, reliving painful things. It took a long time.”

After spending nearly a year interviewing subjects, translating and transcribing, Amaral knew she was on to something.

“I have a friend in Main South, Victoria Hughes Waters, who said, ‘You can make a book out of this.’

“I tried to get grants and it didn’t seem to fit into anybody’s purview, so a friend of mine said, ‘Try this.’”

“This” was Kickstarter, the largest and most well-known crowdfunding site.

“I got a lot of response from my big family, but not just from my family,” she said. “I got a good response from other people, too, especially the families of the people I interviewed, the ones who had some extra money.”

Amaral continued to work on the book until February when she sent it to the printer. She received the 100 copies she ordered in March.

The book generated a lot of interest. She started by giving copies to her interview subjects.

“People knew each other but they didn’t know the stories. People are interested in the stories.”

“It wasn’t initially meant as an educational tool. The neighborhood is filled with kids who are immigrants themselves, or children of immigrants. Sometimes, not often, some of those kids feel a little ashamed or uncomfortable. … I was a teacher a long time and I know it’s very powerful to hear from other people who share an experience. It normalizes your experience; you’re not the only one and your family is not so, you know, weird.” — Stacy Amaral

She saw her subjects drawn to each other later, during her wrap party in early May at Cafe Reyes on Shrewsbury Street. “At the party we had, the participants in the book really liked reading each other’s stories and then they were interested in meeting them.”

During the course of the project, Amaral realized that what was interesting for her could also be used to teach others. She donated copies of the book to Claremont Academy, Sullivan Middle School, and South High Community School. Copies purchased by others made their way into other Worcester schools.

“It wasn’t initially meant as an educational tool,” she said. “It was more like a continuation of my own curiosity about why people come (to the United States) and how they come, and how they ended up in Main South or what was going on in their families.

“The neighborhood is filled with kids who are immigrants themselves, or children of immigrants,” she said. “Sometimes, not often, some of those kids feel a little ashamed or uncomfortable, depending on what their experience was. … There were issues for a lot of the people.

“I was a teacher a long time and I know it’s very powerful to hear from other people who share an experience. It normalizes your experience; you’re not the only one and your family is not so, you know, weird.”

In the end, it was a worthy endeavor for Amaral, “more than just for me, for everyone involved. I did it also for people whose stories I would tell.”

She has two copies remaining.

As for the crowdfunding experience, she says, “I would consider doing it again,” and then, “I don’t like asking for money. It’s not a comfortable place for me.”

She created a second Kickstarter in May, “Wheels for Reyes Cafe,” that also reached its goal. That project raised $6,136 from 55 backers.

Alas, her next Kickstarter, if there is one, may not benefit Worcester. In the end of July, Amaral, 69, sold her home in Main South and moved to Chelsea to be closer to family. The kids were grown up, the house too big, and “last winter did me in,” she said with a laugh.

“I do miss it,” she said when asked about Main South. “Chelsea’s enough like it, but I miss my friends, my people.”

The feeling’s mutual, we’re sure.

This article was originally published in the Aug. 23, 2015 edition of the Sun.