The words didn’t register with Bator Lachmann. “Won what?”

Bator knew about the Taste of Shrewsbury Street, of course. The goal had been to be open by then, and she reached it, opening just 15 days prior. She didn’t know, though, that patrons were judging and that there’d be a winner.

“New Thai restaurant wins Taste of Shrewsbury Street.” Fifty-two characters. Plenty of room for a link, a hashtag even, but you’re sorely mistaken if you think that tells the real story.

The story of how Lachmann came to open Basil n’ Spice with the help of her husband, Tal, offers a rare look into how an idea becomes a reality for people driven to create and run their own businesses.

It’s a story of passion and drive, of stops and starts, of mentors and bureaucrats, of lawyers and bankers, of delays and cost overruns, of regulations old and new. Mostly, though, it’s a story of transformation — the transformation that takes place when a woman for whom cooking was both a vocation and avocation decides to strike out on her own and become a business owner. 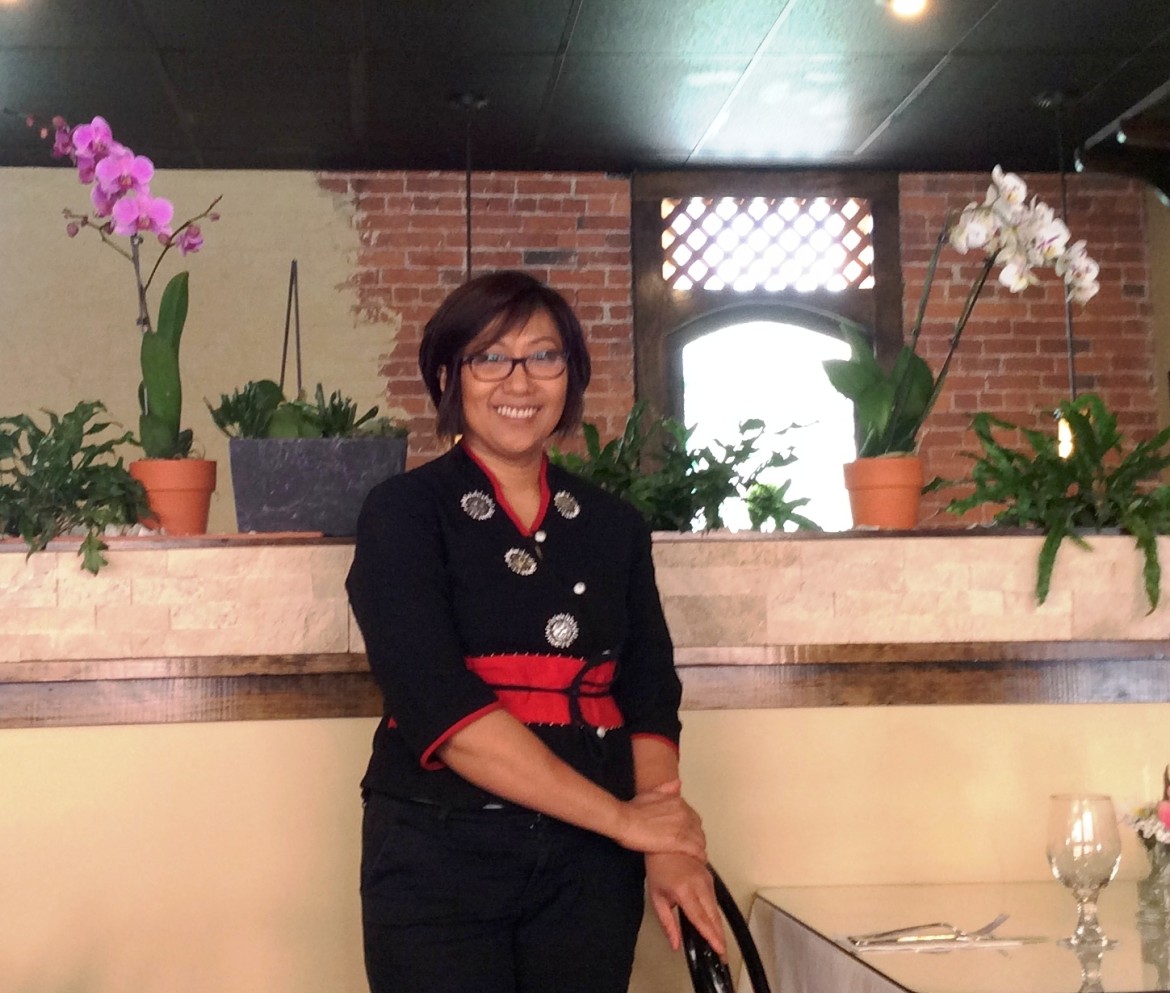 Cooking up a plan
Bator had a passion for cooking long before she came to the United States. A native of Thailand, she ran a very successful catering business and food stalls at festivals in Israel. The regulations were far less stringent than Bator would find in the United States. Coolers for food? Yes. Inspectors sticking thermometers in refrigerators? No.

Bator and Tal moved to Massachusetts in 2001 for Tal’s job. They first lived in Westborough and moved about two years later to Shrewsbury.

Bator still had a passion to cook, but three young children at home and the lack of a work visa put her dream on the back burner.

There were times she got to practice her art. “Because of our church, which is like a family, we have a lot of events,” she said. The events drew 80-100 people, sometimes more than 200.

Her search for a place took her to Woburn and Millbury. Then she found 299 Shrewsbury St., the former home of Surya Indian Cuisine. 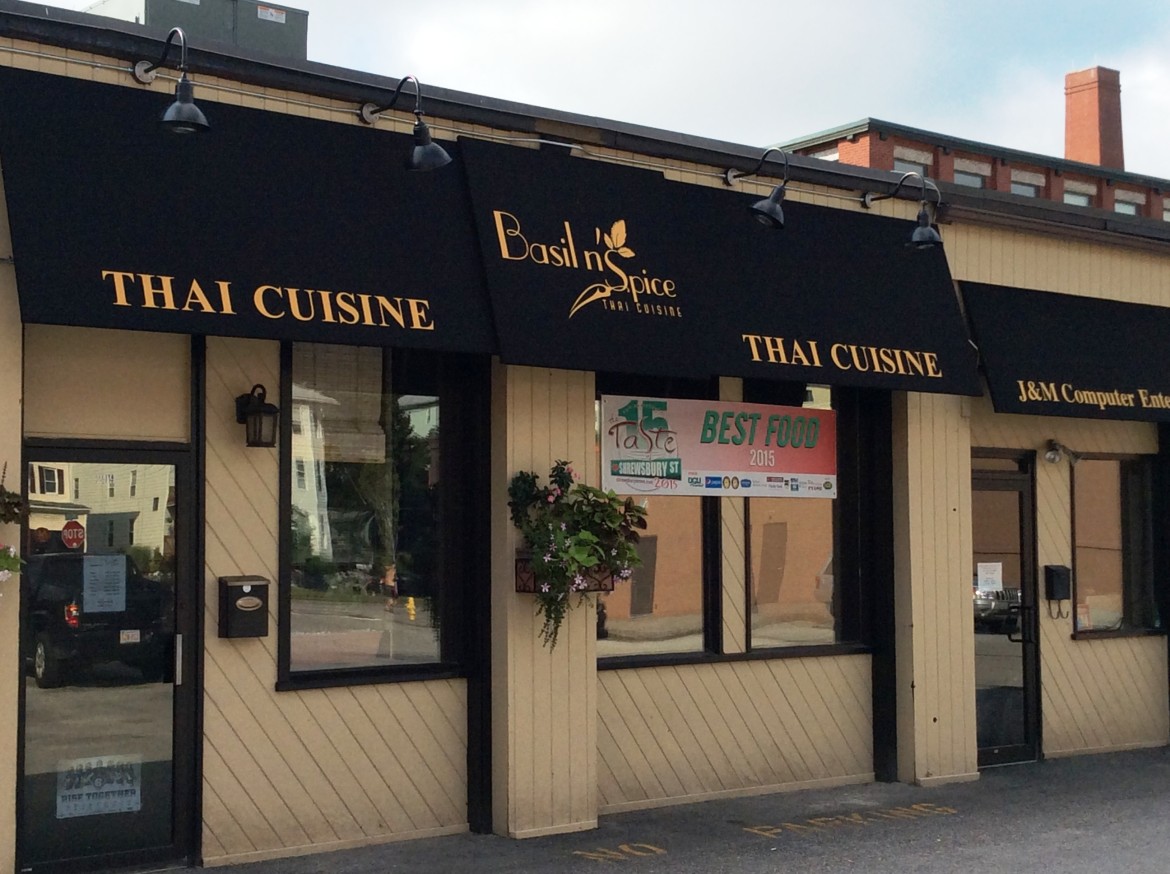 Their wild ride was just beginning.

Bator and Tal signed a letter of intent in June 2014. Their first stop was City Hall. Very helpful, and while they were there, they received some literature about the Small Business Development Center at Clark University. There they met Arthur Martin, a senior business adviser.

They prepared a pro forma and a business plan. Financing was next.

Financing a restaurant through a bank is “nearly impossible,” Martin said. “We heard, ‘We don’t do restaurants’,” Bator said, referring to the high-risk nature of the industry. Those that work with restaurants, however, turned her down because of her lack of experience in the United States.

Related: Don’t know where to look for help in starting your own business?

The only avenue to finance the business was savings and personal loans. Their early experiences and even their setbacks steeled their desire to make their dream happen, Bator said.

“For us, we were very blessed by having some financial resources we could tap into,” Tal said. (The couple declined to say how much they’ve invested or borrowed to this point. “We haven’t done the math,” Tal said.)

When the Lachmanns signed the letter of intent in June, it was assumed all would be wrapped up by “October, maybe November, worst-case scenario the end of December,” Tal said.

(Do you see yet where this is going?)

In the middle of this, the Lachmanns’ personal fortunes took a turn decidedly for the worse. Bator was hospitalized for three weeks and bed-ridden for three months. (She’s OK now, she says.)

Meanwhile, there were hangups with the transfer of the liquor license, significant hangups that delayed the P&S. “It was like this force was trying to prevent us from doing this,” Tal said.

The “October, maybe November” thing? Out the window. Bator and Tal were at worst-case scenario. Vacations and holidays were delayed, but they made the year-end deadline.

The positive news was that during the delay, the Lachmanns met with an architect and a contractor and had in hand most of the design for the restaurant.

Six months after they found their place, the time was at hand to begin building their business.

It would be nice to say everything went smoothly from there, but let’s face it — we know you already skipped back to the top of the article because you remember reading Basil n’ Spice opened in June.

The Lachmanns signed a contract in January, the timeline being estimated at 4-6 weeks.

“We were hoping to open before Valentine’s Day,” Bator said.

While progress was made, it wasn’t made fast enough. Valentine’s Day came and went. Early March? No. Late March? Negative. Mothers’ Day? Not really.

The Lachmanns concede the work done was performed at a high level. There just wasn’t enough of it.

“Next time we know what to look for and how to approach it because when we started, we had no clue,” Bator said.

As the work continued, there was one last, little detail — code and regulations.

City agencies had been through the building during the P&S process. Bator and Tal thought that meant they were ready, but it wasn’t that easy. The previous inspections were conducted under old regulations that the previous business had been grandfathered in on. There was a host of new conditions (read: expectations, work, time and money) required to be in compliance.

“Whether it’s two years from now, or five, when we get to this next project, we’ll be blessed by the fact we had all these experiences today.” Tal Lachmann

Now that they’re through it, Bator calls the process “ridiculous bureaucracy.” To be fair, the Lachmanns say, the contractor had represented that it has worked with the city before and knew what was expected. That turned out not to be exactly true.

Bator and Tal remained determined throughout the entire ordeal. “We were confident that this is what we need to do, whatever the obstacles,” Tal said. “They were just temporary things we needed to overcome because the end goal was obvious. This is going to happen. We don’t know when. We don’t know how. But it will.”

Hitting the wall
Before we end our story, you need to know about the wall. Yes, the wall.

The interior design called for a wall to be moved to accommodate a new door. 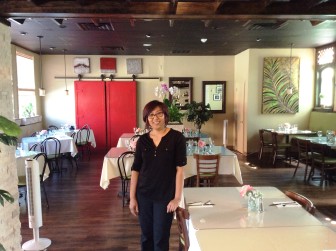 Bator Lachmann knew people would find her new Thai restaurant if the food was good. People found it.

Tal picks up the story: “All we wanted to do was move this door. As soon as they broke down the wall, there was an 11-foot high brick wall behind the drywall. Oh, yeah, and that brick wall happens to be a support for a beam that goes all the way across. That’s another $3,000. And these are the small things.”

All the delays cost money but it is the unforeseen that sneaks up on you when you’re building a business. The Lachmanns had read they needed 10 percent to 20 percent more than they thought to accommodate unexpected things. The contingency cost was more like 50 percent, they said.

It is surely to their credit that they remained steadfast in their dreams despite all that happened.  What will amaze most people is how they view those events. Anger would be the default position, but Bator and Tal are having none of that.

“Whether it’s two years from now, or five, when we get to this next project, we’ll be blessed by the fact we had all these experiences today,” Tal said.

In the end, perhaps that’s the difference between successful entrepreneurs and everyone else; they look forward, not backward.

Back to reality
A Hollywood script would end with winning Best Food at the Taste of Shrewsbury Street. Make-believe ends; real life does not.

Bator’s restaurant was just over two weeks old and there was plenty still to be done. Sure, the staff wrapped itself in the banner the restaurant received for winning, but then it was back to work.

Since June, they’ve expanded to offer take-out service. In some cases, it’s more like catering. They still see things they want to fix; to a layperson, it looks fine. Most of all, though, they keep moving forward.

There’s talk of expansion (long-term) and producing a line of frozen foods, which Bator is especially excited about.

For now, she can still be seen acting as hostess, working behind the bar, doing everything she needs to do to make her place as good as it can be. She stills works in the kitchen more than she wants to, but it’s the reason she started all this in the first place.

This article was originally published in the Aug. 23, 2015 edition of the Sun.