Here’s what’s in the Sunday, Aug. 16, edition of Worcester Sun.

Cover Story — Established in 1996, the Worcester Healthy Baby Collaborative has toiled in relative obscurity despite its important and critical work to help prevent premature births and infant deaths, especially in the city’s indigent communities. Veteran Worcester reporter Lee Hammel takes an in-depth look at the group, the gains its made in the Ghanian community, why the spike in Hispanic infant mortality rate is troubling, and the preliminary data from 2014. Above, Alexis Travis, former member of the WHBC.

Sun Shine — Tired of hearing about another Worcester youth firing a weapon, or slashing tires, or copping heroin — or the banal musings of folks who believe our youth is lost? Y4D4 is a youth group, comprised of, and run by, teenagers and young adults whose mission is to help educate, inform and bring together the young people of the city’s maligned District 4 communities.

We talk to, among others, Kathy Esparza, one of two chief facilitators for Y4D4, about the challenges and rewards of being involved in the group, and why it’s so important to have such an entity in Main South. 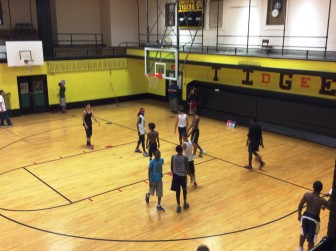 Youths play basketball at Worcester East Middle School on Wednesday. The open-gym program moved to Claremont Academy on Thursday. The program, a collaboration of the Worcester Police Department, Worcester Public Schools, Worcester Youth Center and Straight Ahead Ministries, seeks to bring together at-risk youth in a safe environment.

Worcester Commentary (In their own words) — To help youth feel safe and hear a positive message, the Worcester Police Department, Worcester Public Schools, Worcester Youth Center and Straight Ahead Ministries opened the doors to youth basketball, above, in the past weeks. Organizers and the youths themselves talk about what the program means, what they’re trying to escape and how safe they feel.

Editorial — If we take a step back, eliminate the noise and consider the entire picture of Worcester’s divisive summer, we might just draw a different conclusion about how things are going.

A side of insight — Franklin Roosevelt, in his first inaugural address in 1933, said “the only thing we have to fear is, fear itself.” Though fear, clearly, isn’t the only factor, FDR’s words may ring more true in the city today than ever before. Expert David Ropeik, above, explains the disconnect between fear and probability and why so many people are anxious about being an innocent victim in the city’s gang war despite the probability being so low.

Local Crowdfund — As the school year approaches, teachers across the city have taken to crowdfunding to outfit their classrooms with learning materials. There are nearly 30 active individual campaigns on DonorsChoose.org. We show you what they are. 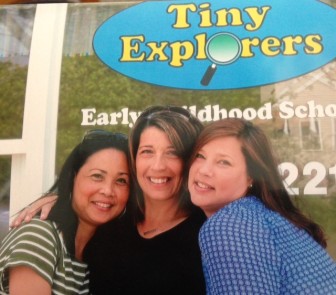 Tiny Explorers Early Childhood School co-owners Evelyn McConville, Jenn Ward and Lisa Prodromidis agreed it was the right time to strike out on their own.

Local Business Spotlight — Small businesses are a vital part of Worcester’s economy. In this weekly feature we profile newer small businesses, and tell the stories of how they got started and where they’re going from here.

This week, we travel to the northern reaches of the city to discover Tiny Explorers Early Childhood School, which opened this summer and is run by a trio of women, above, who insist they’re living the dream.

Worcester Weekly — When trying to plan your week, some events immediately come to mind; others, not so much. We sort through the options and present our best Worcester events of the week.

From a comedy show tonight at Mechanics Hall, to a midday trek back to the Colonial era at Worcester Art Museum Saturday, we bring you some last-days-of-summer fun for the kids and distractions for the adults. Free tennis lessons at Lake Park, a live stage performance at the EcoTarium, farmers markets, a blood drive, fun on the common, music and meatballs — there’s something for everyone this week.

What a week — Because we value our members more than page views or unique visitors, this may come as a surprise. The Worcester Sun drew visitors from 114 cities and towns in Massachusetts, 39 states and 45 countries. We are truly in awe.

We want to thank our members and those among you who helped us get the word out about the Worcester Sun.

To be fair, not everyone became a member, but that’s OK. We can wait. We have time.

Have a great weekend!