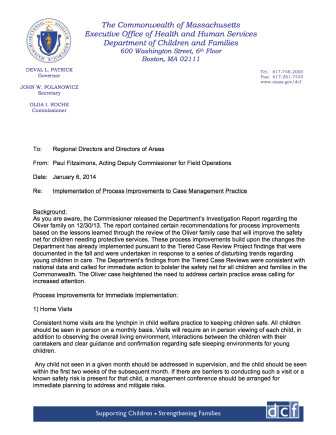 This letter played a central role in how DCF got where it is today.

Cover Story: Cause and effect at DCF — the road to tragedy |  To untangle the Gordian knot with which the state Department of Children and Families has tied itself to controversy and inaction seems impossible. From a culture of status quo to a particularly questionable decision swept largely under the rug, we get inside the real troubles plaguing the local DCF branches, and explore how much closer — or further away  — we are from solutions. For nearly two decades Richard Nangle was a top political and government reporter for the Telegram & Gazette. Today, he takes you through the battlefield that is DCF for the Sun.

Sun Shine: Finding support can be a transformational experience |  One day, Chastity Bowick found herself marooned in Worcester, alone and unshackled. Thing is, she’d always been isolated, since she was 7 years old and knew she was not like everyone else. Today, successfully transitioned and feet firmly planted on the ground, she has made the city her home, and home to one of the area’s only support groups for transgender individuals. Read about her story, and the tales of those she’s helped emerge from the ashes of lives they never wanted.

Sun Commentary — In Their Own Words: WPS students talk back-to-school |  The relative freedom of summer has given way to the churning routine of school days and homework. Last school year left an indelible mark on the public image of Worcester Public Schools and its students. In the first in a series, we talk to current and former students at North, East Middle and Burncoat to gain their perspective on the start of another school year in Worcester.

Art Simas / For the Worcester Sun

Local Business Spotlight: DxNow, Inc. |  A biotechnology firm seated appropriately at 1 Innovation Drive, DxNow is intent on “making a difference in people’s lives,” asserts CEO William T. Sharp, who talked with the Sun’s Art Simas, a veteran Worcester reporter and editor, about the theory behind the outfit’s initial products, which aim to make dialysis treatments safer and more affordable, and what’s on horizon for the not-so-distant future.

Local Crowdfund: Back-to-School update |  The school bell rang, and the classrooms filled. Yet teachers continue to tap crowdfunding efforts to provide learning materials for their students. While a number of the campaigns we highlighted two weeks ago met their goals, many did not; and several new fundraisers have debuted since then. We’ll take a look at what’s been accomplished and what’s left to do in the effort to help our city’s educators be at their best for students who deserve nothing less.

Editorial: Politics and kids |  Our Cover Story gives you an inside look at how a well-intentioned move that sought to protect children ended up overwhelming the Department of Children and Families. We should expect and demand one thing we’re not getting from this agency’s leaders. Until we get it we cannot hope for change.

Calling all college writers |  While we continue to assemble our growing roster of talented and diverse contributors, we will forever be on the lookout for insightful, thoughtful and creative folks who can move people with their words and perspective. With the city’s campuses once again at full bustle, we had an idea. What better way to find out a) how we can make Worcester a true college town;  and b) what college folks really feel are the problems facing the city and the solutions available to its residents. Oh, by the way, we’ll pay for it. 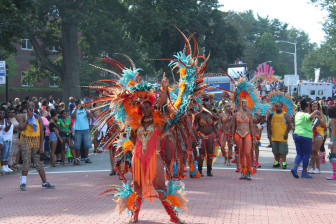 Worcester Weekly |  Maybe it’s the back-to-school blues, or the fact that Labor Day weekend is already looming. Really, summer; you’re out, just like that? Not even a note on our nightstand?! Eventually, we all have to move on. Hang onto those summer vibes this afternoon by surrounding yourself with Caribbean flair. Later this week, find your or your child’s hidden artistic talents. Explore one of the city’s true gems through the eyes of those who made it happen. Or support your local collegiate student-athletes. There’s plenty to do besides mourning the loss of another summer.