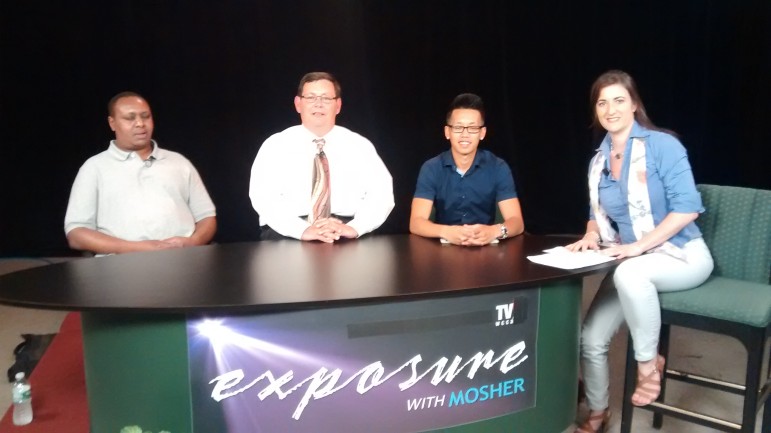 The show, which airs tonight on WCCA-TV (Charter Ch. 194), is the 40th episode for host Amy Mosher, right.

The other guests are Hiram Gathuru of Rhino Haulers, left, and Jonathan Tran of Rawe Quality Productions.